Putin 'can't use the Space Station for propaganda' says Lound

Advertisements could be written across the sky at twilight by fleets of tiny satellites, a commercial feasibility study out of Russia has concluded. The concept — which would target populated cities — would see individual satellites reflect light from the Sun, each forming a pixel in a commercial display. Modelling of the practicalities concept suggests that such space advertising missions would cost around $56million (£50million) to run, but could generate advertising revenue worth some $2million (£1.8million) each day and operate for several months, more than enough to recoup the initial investment.

The study was undertaken by space system researcher Shamil Biktimirov of Russia’s Skolkovo Institute of Science and Technology and his colleagues.

The team’s previous research proposed the idea of using miniature craft called CubeSats to deliver a space advertising mission — and explored what orbital altitudes would be best for such to operate and how their formations could be adjusted to create different images.

Their latest work instead considers the size of reflectors needed, as well as the commercial viability of the concept.

Mr Biktimirov said: “We’ve been studying some of the more technical aspects of space advertising for a while now. 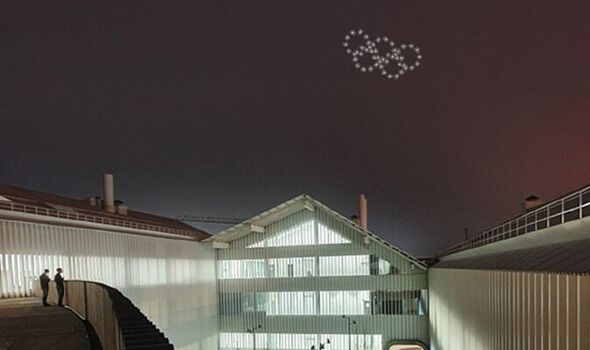 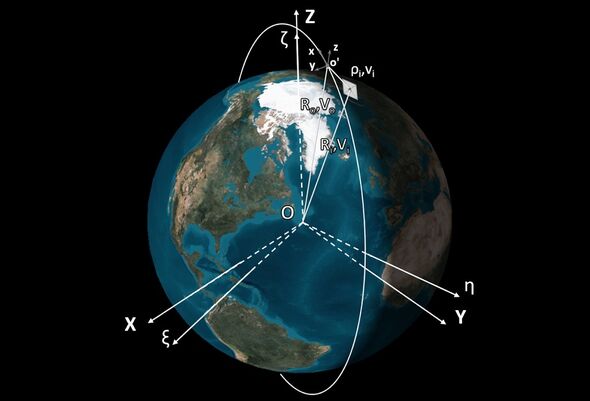 Mr Biktimirov continued: “This time we looked at the economic side of things and, as unrealistic as it may seem, we show that space advertising based on 50 or more small satellites flying in formation could be economically viable.

“The key concerns are maximising overall mission duration and a satellite’s footprint area — the scope of where it can reach to project a ‘pixel’ that would be part of the image in the sky.”

“Rather than trying to determine the reflector size yielding a certain pixel magnitude, we consider the largest reflector that has actually been successfully deployed and operated on a CubeSat — namely, a 32-square-metre [345 square feet] solar sail.

“For that reflector, we derive the land area it can cover without sacrificing too much apparent light intensity, and this is what we use in further feasibility calculations.” 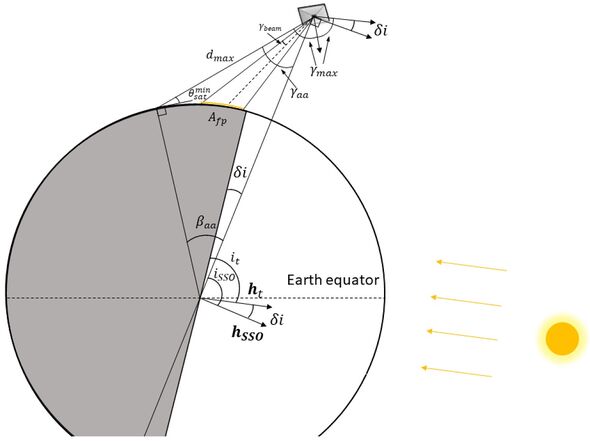 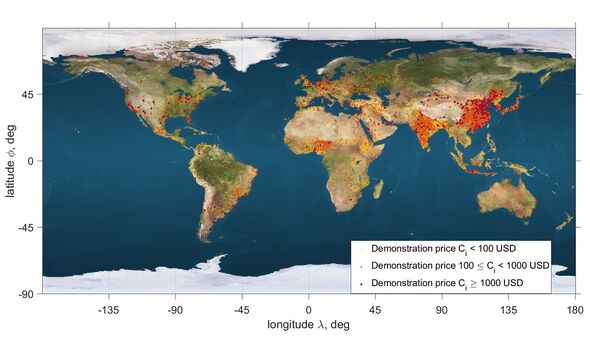 The lifetime of the mission, the team explained, is principally determined by the fuel consumption involved in reconfiguring the formation of the satellites and maintaining orbit.

Mr Biktimirov said: “In analysing feasibility, we came up with a price map that assigns potential revenue to be captured in cities that fall into the formation’s access area.”

The concept that the team’s model follows involves identifying the most profitable city within range of the satellite constellation and displaying an advert over the city for a minute before moving on to target another location.

Mr Biktimirov added: “The revenue estimates are derived from outdoor advertising costs, population, and factors that limit the number of people noticing the space ad.”

These limiting factors, he explained, include cloudiness and poor weather conditions keeping people indoors. The team concluded that the most profitable time of year for space advertising missions would be winter. 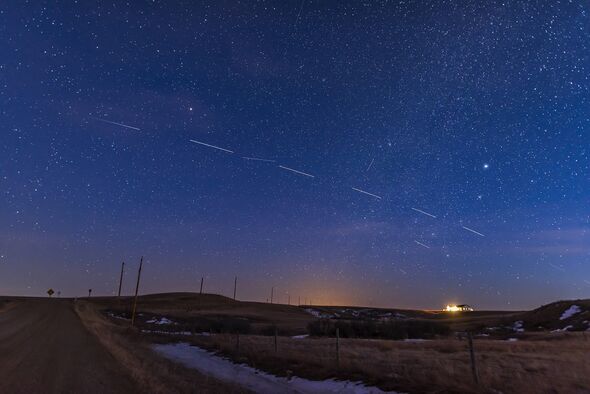 At the end of their study, the team acknowledged some of the concerns with their concept.

They wrote: “We feel obliged to comment on a frequent objection to a space advertising mission, which is the sky pollution it may cause, thus thwarting astronomical observations.”

However, the researchers said, the fact that the satellites need to be exposed to sunlight to work but are intended to be seen in the dark means that the advertisement would only be able to operate around sunset or sunrise.

They added: “In addition, numerical analysis of Earth coverage demonstrated that the best strategy for economic feasibility of the system is to perform demonstrations at megalopolises with big populations and high cost-per-mile.

“The cities typically have permanent light pollution and are not considered as locations for observatories for which the image demonstration can be harmful.”

What the researchers do not address, however, is the question of whether we should be looking to use the sky as a billboard — a move sure to fuel existing concerns over the ubiquitous nature of advertising and its societal impacts — although the press release from the Skolkovo Institute notably opens with the decidedly sinister quip of “Ad-block this!”.

As astronomer Dr Jonathan McDowell of the Harvard-Smithsonian Center for Astrophysics told Gizmodo: “The entire idea of this kind of inescapable space-borne advertising is fundamentally dystopian.”

The full findings of the study were published in the journal Aerospace.