The supervolcano spreads beneath the states of Wyoming, Montana and Idaho and gets its nickname due to its ability to inflict devastation on a global level. It is monitored by the USGS (United States Geological Survey) for signs that a supereruption is on its way, something that has not happened in more than 640,000 years. University of Utah’s Robert (Bob) Smith made a fascinating breakthrough in understanding how the volcano’s system works after noticing a change in water levels at Yellowstone Lake.

His discovery was revealed by geologist Dr Robert Christiansen during the ‘Inside USGS’ documentary on YouTube.

He said: “One of the most interesting additional pieces of data came along after the early fieldwork and the completion of the initial geologic studies.

“Bob Smith at the University of Utah was interested in seeing if we could look for signs of contemporary deformation in the Yellowstone Caldera.

“He had recognised some of these indications, particularly in changes in lake levels of different parts of Yellowstone Lake, and because it’s so large, he felt there were indications that the lake basin itself was being tilted. 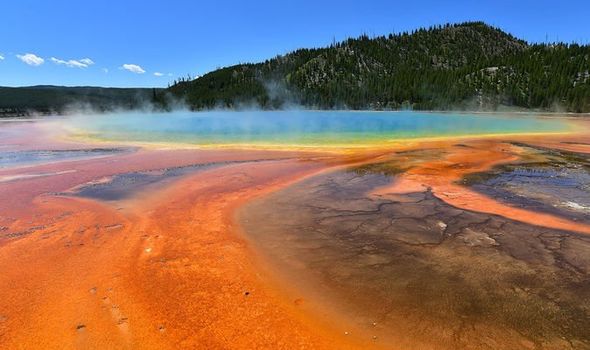 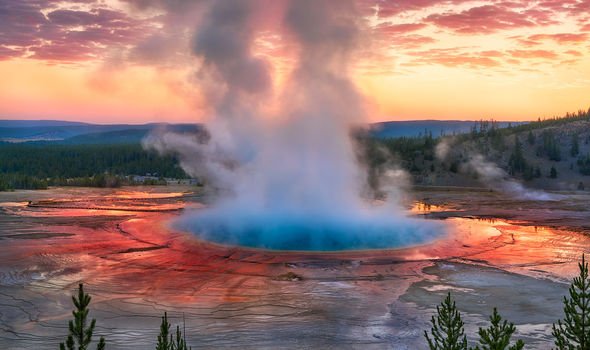 “Because of this, the lake level was rising at one end of the lake and falling at the other end.”

Dr Christiansen explained how his colleague discovered that the caldera was lifting below Yellowstone Lake.

He added: “He was interested in seeing whether we could actually measure this by some direct means.

“So one of the things I did at that time was to get funding together to get the USGS topographic division involved in revelling.

“We felt that with as much deformation as there appeared to be, that there should be measurable changes in elevations in the park. 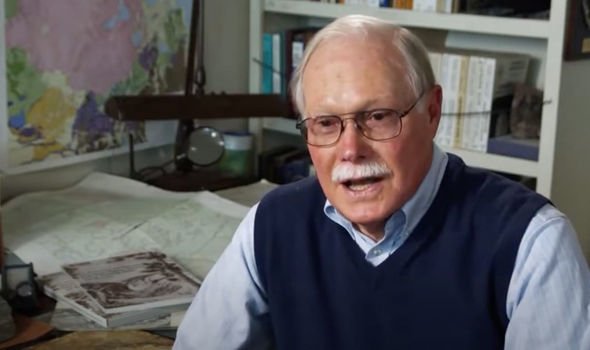 “We finally got the funding together and got that survey done, and the data was provided to Bob Smith and his group and they, in turn, integrated it into a series of elevation changes throughout the caldera.

“They demonstrated that the caldera over a 50-year period of time had come up about two-thirds of a metre and correspondingly less elsewhere.”

Later studies would go on to show that this was normal behaviour for Yellowstone, as scientists observed periods of uplift, followed by lowering.

Dr Christiansen added in 2014: “So it was a dome-shaped uplift that had taken place and a rather spectacular amount of uplift – indicating the magnetic system was active.

“Either the magma was intruding the crust or it was heating the hydrothermal system, causing it to expand and elevate the crust – something was going on. 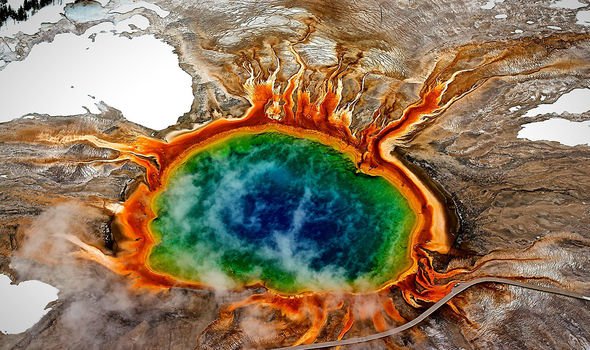 “There have been additional surveys that showed that after a period of continued uplift for a decade or so, there was then a period of stability for about a year, followed by subsidence.

“So we now know that the Yellowstone caldera is not simply going up, but up and down in a sort of breathing motion at times.

“Its overall deformation does seem to be an inflationary one, but it’s not a steady sort of thing and there are periods of deflation.”

A recent study also suggested that the hotspot could currently be in a state of “waning”.

The findings were based on analysis of volcanic deposits that were scattered across tens of thousands of miles in the region. 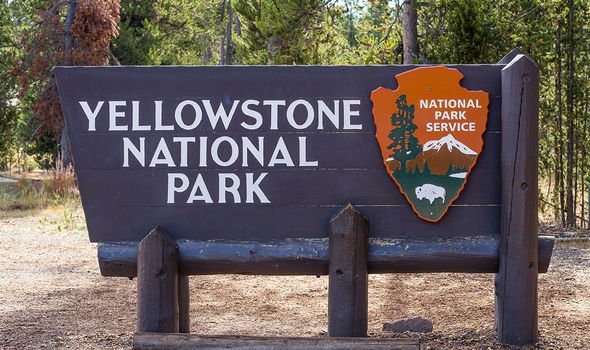 University of Leicester volcanologist Thomas Knott, said in June: “We discovered that deposits previously believed to belong to multiple, smaller eruptions were in fact colossal sheets of volcanic material from two previously unknown supereruptions at about nine and 8.7 million years ago.”

The two supereruptions took place during the Miocene, and brings supereruptions for the region in this era to six, suggesting that the area experienced such eruptions an average of once every 500,000 years.

By contrast, over the past three million years, the Yellowstone hotspot has seen just two supereruptions.

The scientists believe this may indicate that the frequency of such events is slowing considerably.