An enormous new region of magnetic field erupted on the Sun’s surface next to an existing sunspot in 2017. The powerful collision of magnetic energy produced a series of potent solar flares, triggering turbulent space weather conditions on Earth.

These were the first flares to be captured, in their moment-by-moment progression, by the New Jersey Institute of Technology’s (NJIT) Expanded Owens Valley Solar Array (EOVSA) radio telescope.

The resulting images captured for the first time exactly when and where the explosion released energy that heated spewing plasma to energies equivalent to one billion degrees Celsius.

With data collected in the microwave spectrum, researchers can provide quantitative measurements of the evolving magnetic field strength directly following the flare’s ignition and have tracked its conversion into other energy forms that power the flare’s explosive five-minute trip through the corona.

These changes in the corona’s magnetic field during a flare or other large-scale eruption had until now only been indirectly quantified. 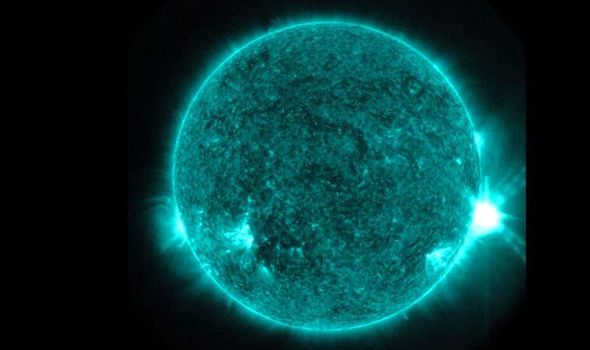 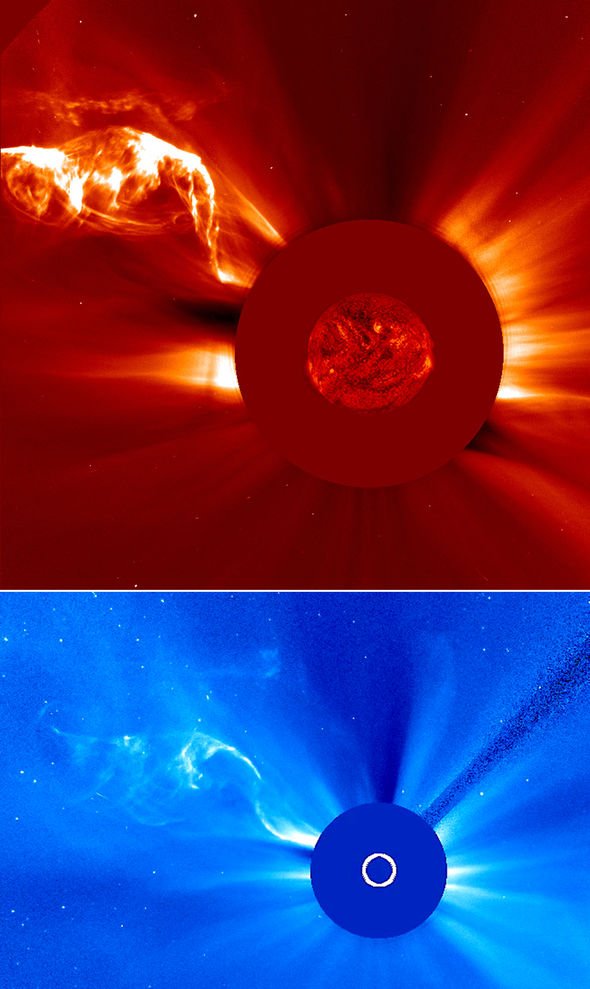 Those extrapolations did not allow precise measurements of the dynamic local changes of the magnetic field in the locations and at time scales short enough to properly understand the flare’s energy release.

Gregory Fleishman, research professor of physics in NJIT’s Center for Solar-Terrestrial Research and author of the paper, said: “We have been able to pinpoint the most critical location of the magnetic energy release in the corona.

“These are the first images that capture the microphysics of a flare — the detailed chain of processes that occur on small spatial and time scales that enable the energy conversion.”

By measuring the decline in magnetic energy and the simultaneous strength of the region’s electric field, they confirmed the two corroborate the law of energy conservation and therefore quantify the particle acceleration that powers the solar flare.

These fundamental processes are the same as those occurring in the most powerful astrophysical sources, including gamma ray bursts, as well as in laboratory experiments of interest to both basic research and the generation of practical fusion energy.

Using 13 antennas, EOVSA takes pictures at hundreds of frequencies in the 1-18 GHz range, including optical, ultraviolet, X-rays and radio wavelengths, within a second.

This ability to peer into the mechanics of flares opens new pathways to investigate the most powerful eruptions in our solar system, which are ignited by the reconnection of magnetic field lines on the Sun’s surface and powered by stored energy in the star’s corona.

Dale Gary, physics professor at NJIT and the paper’s co-author, said: “Microwave emission is the only mechanism that is sensitive to the coronal magnetic field environment, so the unique, high-cadence EOVSA microwave spectral observations are the key to enabling this discovery of rapid changes in the magnetic field. 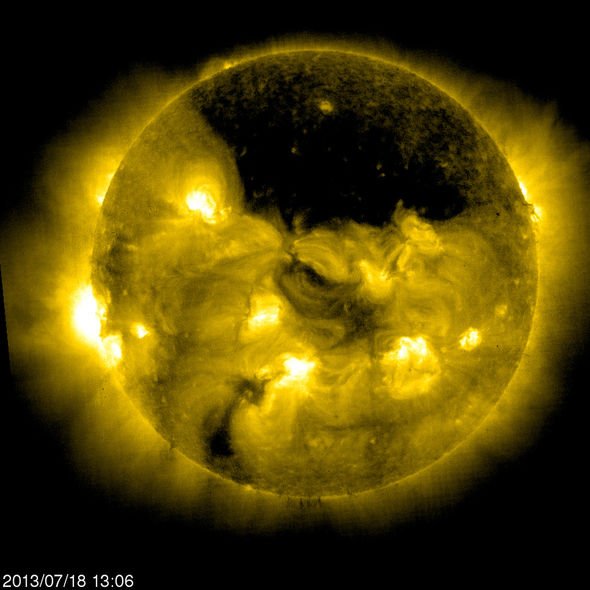 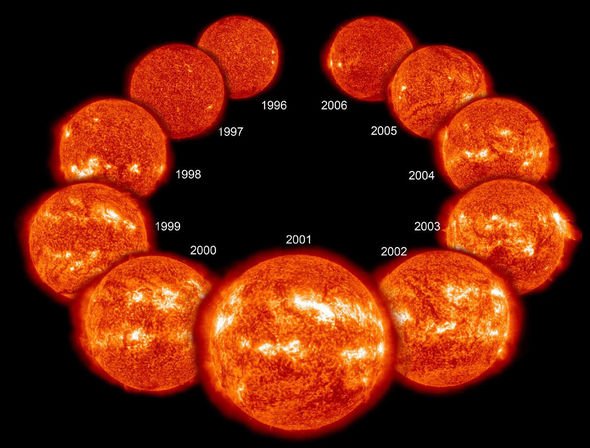 “The measurement is possible because the high-energy electrons traveling in the coronal magnetic field dominantly emit their magnetic-sensitive radiation in the microwave range.”

There was previously no way to see the vast region of space over which high-energy particles are accelerated and then become available for further acceleration by the powerful shock waves driven by the flare eruption.

These eruptions, if directed towards Earth, are capable of destroying spacecraft and endangering astronauts’ lives.

Professor Gary added: ”The connection of the flare-accelerated particles to those accelerated by shocks is an important piece in our understanding of which events are benign and which pose a serious threat.”