Solar winds arriving on the weekend have triggered a weak geomagnetic storm in the planet’s magnetosphere. The US Space Weather Prediction Center (SWPC) predicts the storm could extend through to Wednesday, September 30, warning of potential impacts on satellite systems. On Monday, the SWPC alert bulletin said “weak power grid fluctuations can occur” as well as “minor impacts on satellite operations” were possible.

Geomagnetic or solar storms are disturbances in the planet’s magnetosphere, caused by energy from the Sun washing over the Earth.

The storms can be triggered by an increase in solar winds pummeling the planet.

And the largest storms are associated with coronal mass ejections (CMEs) – billions of tons of plasma from the Sun arriving at Earth. 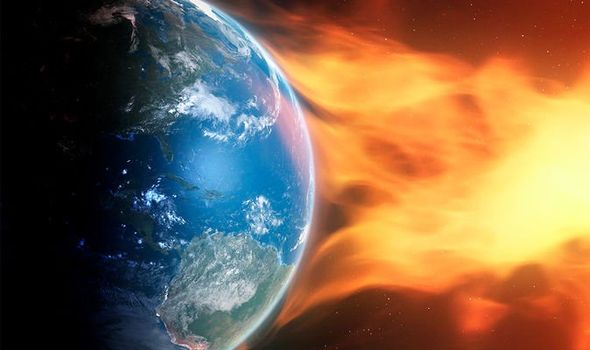 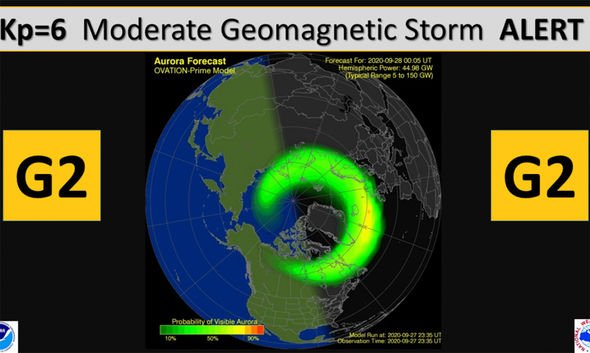 Depending on the severity of the storm, a number of disruptive events can unfold on Earth.

CMEs, for instance, can disrupt power grid operations by inducing extra currents in the ground.

Solar storms can also affect or degrade radio navigation systems such as GPS and the Global Navigation Satellite System (GNSS).

Solar storms have also been known to confuse migratory animals that rely on Earth’s natural magnetic fields for navigation.

Auroras such as the Northern and Southern Lights in the polar circles are also caused by solar activity.

A solar storm watch was issued for September 28 to September 29 and later limited to just Monday.

But as of Tuesday morning, the SWPC still predicts a small chance of G2 Moderate storm conditions today, followed by a G1 Minor storm on Wednesday.

As a result, some high-latitude power systems might experience “voltage alarms, long-duration storms may cause transformer damage”.

Satellites operators might also have to issue “corrective actions to orientation”.

On the more pleasant side of things, the SWPC said auroras have been seen as low as New York and Idaho, US. 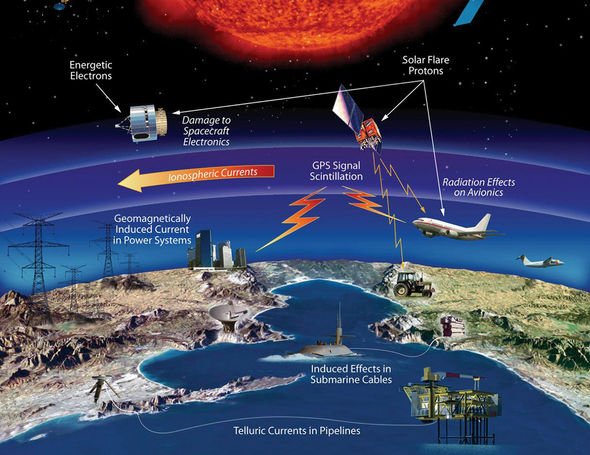 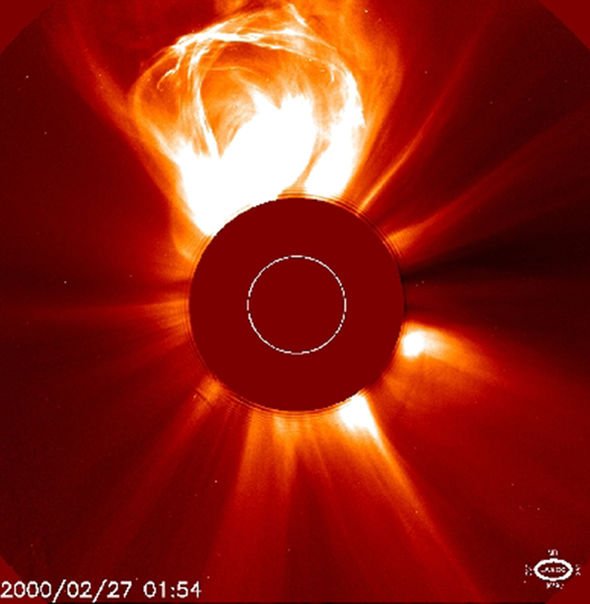 Satellite navigation may be degraded for days and low-frequency radio navigation my disappear for hours.

Auroras have also been observed during such storms as far south as Florida and southern Texas.

One such event was the infamous Carrington Event of 1859.

Between August 28 and September 2, 1958, a CME crashed into Earth and caused the biggest solar storm on record.

The solar storm wreaked havoc with telegraph systems across Europe and North America, with reports of telegraph operators being shocked.

Auroras appeared at night as far south as the Caribbean and were so bright in some cases, people were convinced it was daytime.

A Carrington-scale CME narrowly missed the planet in 2012 and it likely it would have caused even more damage to our technology-dependant world.

Daniel Baker of the University of Colorado said in 2014: “If it had hit, we would still be picking up the pieces.”