Dogs aren’t the only pets vulnerable to heatstroke! Smaller animals including cats, guinea pigs and rabbits could also be at risk – especially as global temperatures rise, study warns

Dogs are not the only pets vulnerable to heatstroke, and experts are warning that people should be aware of the risk to smaller animals like guinea pigs and rabbits, especially as global temperatures rise.

A new study suggests that as well as man’s best friend, cats, guinea pigs, rabbits and ferrets are also being taken to vets with the condition.

The researchers say their findings highlight the need for better public awareness of heatstroke and the risk to all animals, and warn that cases will continue to rise as we face warmer weather due to climate change. 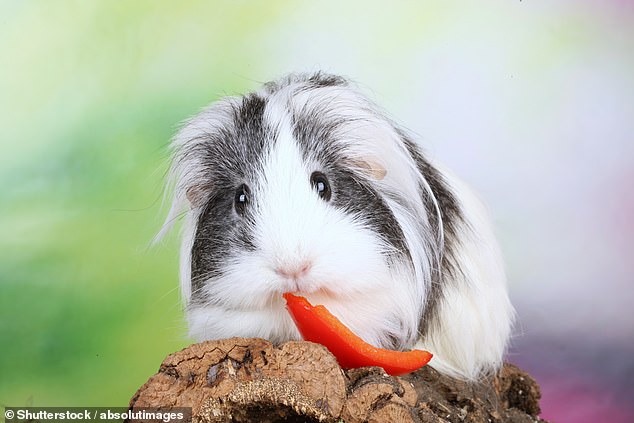 A new study suggests that as well as man’s best friend, cats, guinea pigs, rabbits and ferrets are also being taken to vets with heatstroke

Never leave animals in cars, conservatories, outbuildings or caravans on a warm day, even if it’s just for a short while.

When it’s 22°C outside, temperatures can quickly rise to 47°C (117°F) in these environments which can be deadly.

You can also keep your pets safe by using a pet-safe sun cream on exposed parts of your pets skin, and of course, by providing plenty of access to shade and constant access to fresh water.

You can also help your pets cool down by putting ice cubes in their water bowl or by providing damp towels for them to lie on.

The most common symptoms in all animals studied included abnormal breathing, lethargy, collapsing, and stomach issues, such as diarrhoea.

Cats seek out warm areas to sleep and can become trapped in greenhouses and sheds, the researchers say.

While caged pets such as rabbits, guinea pigs and ferrets are at risk of heatstroke due to confinement in hot accommodation, for example if their housing provides limited access to shade, or cooler temperatures, they add.

Nottingham Trent University researcher Dr Anne Carter, said: ‘There is a misconception that heatstroke in pets only relates to dogs in hot cars and we need to do more to raise awareness of risk factors not only for dogs but in the wider pet population.

‘Owners of small animals such as rabbits, ferrets and guinea pigs may need to review their pet’s housing and take steps to keep their pets cool in the warmer months to reduce the risk of heatstroke.’

A team at Nottingham Trent University analysed data relating to small animals seen by a group of UK vets between 2013 and 2018, as well as the triggers and risks.

They found that dogs were worst affected with 146 cases of heatstroke.

While three quarters of these cases were attributed to the dogs being exercised, and 7 per cent were due to being trapped in a hot car.

Flat-faced dogs, such as bulldogs, were particularly at risk, making up a fifth of cases, the study found.

Sixteen cats were seen by vets for heatstroke, with older cats – those aged over 15 – accounting for the highest number of cases, the researchers found.

Hot weather was responsible for eight guinea pigs, three rabbits and a pet ferret being treated for the heatstroke.

The researchers found that all of the rabbits also belonged to flat-faced breeds. 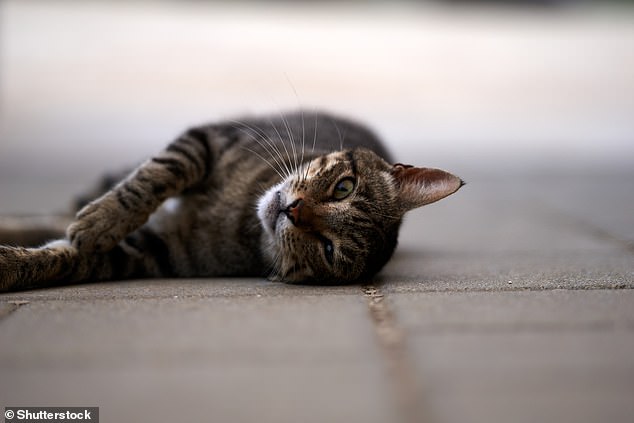 Sixteen cats were seen by vets for heatstroke, with older cats – those aged over 15 – accounting for the highest number of cases, the researchers found (stock image)

How to tell if your dog has heatstroke

Signs of heatstroke in dogs include:

Unsurprisingly, the summer months saw the highest number of vet visits for heatstroke, with cases in dogs spanning between April and October.

Researcher and vet Emily Hall said: ‘Heat-related illness can affect all pets and is likely to become more common as global temperatures rise.

‘Our findings highlight the need for better public awareness of heatstroke and the risk to all animals.

‘The fact that brachycephalic (flat-faced) dogs and rabbits were overrepresented in our study suggests that owners of these animals should be particularly vigilant during hot weather.’

The data for the study was obtained from veterinary practices that participate in the ‘Small Animal Veterinary Surveillance Network’ (Savsnet).

As a result, the researchers argue the overall figures for heatstroke are likely to be far greater than reported in the study.

They also argue that many cases may not be seen by veterinary clinics because they go unrecognised by owners due to a lack of awareness of the potential risks and triggers.

The study, which also involved the University of Liverpool, is published in The Open Veterinary Journal.