Japanese company begins test flights of ‘the world’s smallest flying car’ with a human pilot at the wheel for the first time, and promises a full public demonstration in the summer

A Japanese startup called SkyDrive Inc. has begun conducting test flights of their prototype flying car with a human pilot.

The company hopes to be able to make a full public demonstration of the vehicle later this summer.

The test flights are being conducted at a protected indoor facility at the company’s research flight center outside of Nagoya. 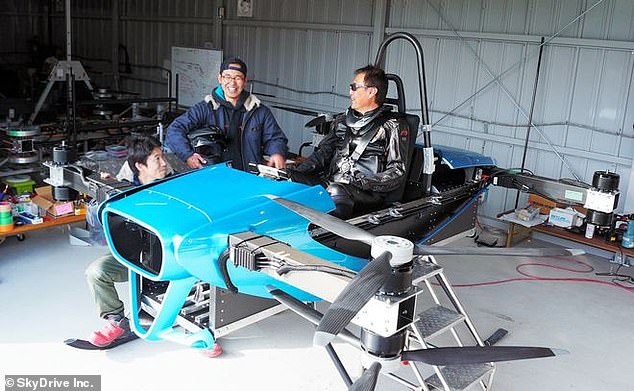 There have been a number of previous test flights, but they were all conducted via remote control and no human  pilot on-board.

According to a report in The Asahi Shimbun, SkyDrive says the car could be ready for a limited retail release as early as 2023, and mass production by 2026.

SkyDrive was founded by former engineers from Toyota and they intend their vehicle to be ‘the world’s smallest flying car.”

The company said it won’t say more about how the test flights have been proceeding so far, but says things are going well enough to continue making them. 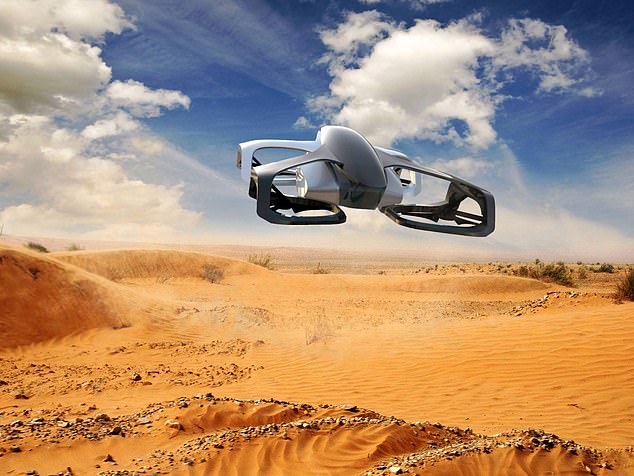 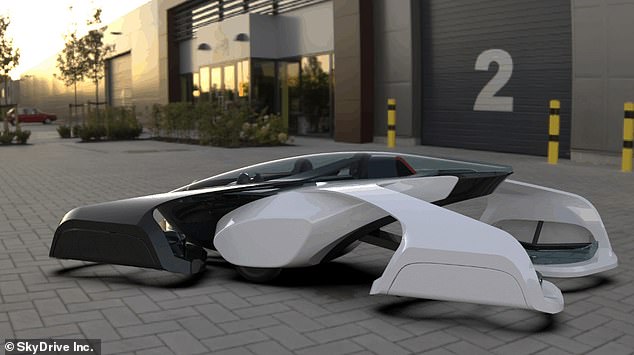 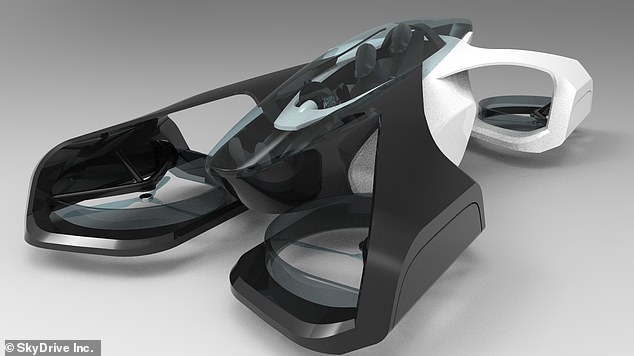 SkyDrive says its planning a full public demonstration of the flying car later this summer and hopes a limited public release will happen in 2023, followed by a mass production release in 2026

While concept renders of the flying car present a glossy and slim cabin with four horizontal drone-style propellers at each corner, the testing vehicle looks more like a go kart.

The prototype is around five feet tall thanks to the roll bar and a little less than 12 feet long and 12 feet wide. 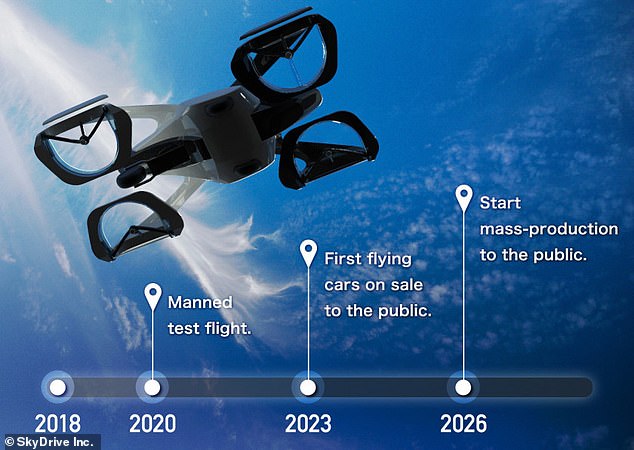 The company received funding from Toyota, which invested around $350,000 or 40million yen 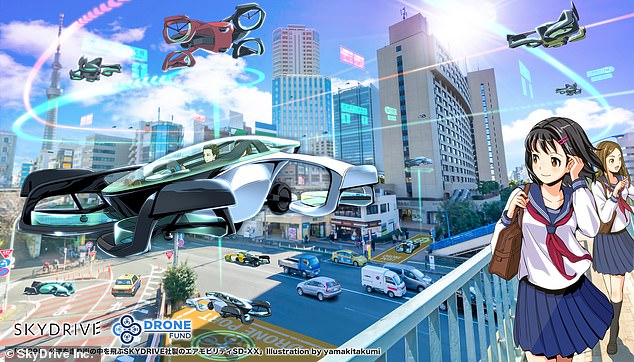 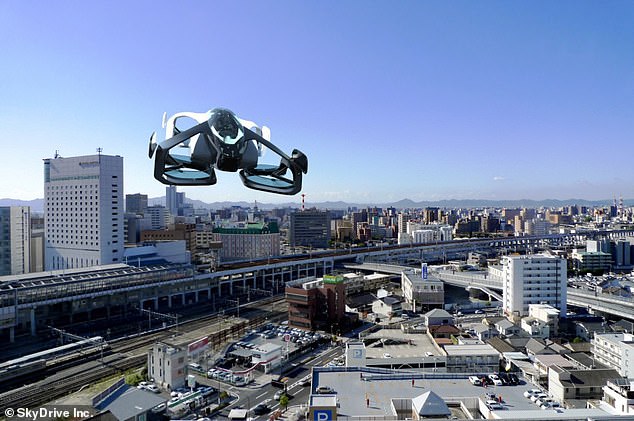 SkyDrive also believe flying vehicles could be helpful in search and rescue missions, and during emergencies where conventional infrastructure becomes unusable.

The company is targeting top speeds of 62mph while in the air and 93mph while closer to the ground.

The company says the vehicle will be able to travel as low as three feet off the ground.

Skydrive began life in 2012 when a group of 30 Toyota employees began to experiment with flying car designs in their spare time.

Their first version of Skydrive was created in 2014 and has since won various sources of funding and competitions.

With Toyota now behind the plans, a full scale prototype will be developed for an eventual manned test flight.

It will hover at a height of less than three feet (ten metres) above the ground and will use vertical takeoff and landing technology, which does not require roads or runways.