From star-destroying black holes to exploding comets, NASA’s Transiting Exoplanet Survey Satellite, or TESS, has spotted its share of surprises since it began searching the galaxy for exoplanets in 2018. But the source of starlight that was mysteriously brightening and dimming some 1,900 light-years away may top all those discoveries for its science fiction-like grandeur.

The source, named TIC 168789840, is a system of six stars. That alone makes it a rarity, but what makes this sextuplet even more remarkable is that they consist of three pairs of binary stars: three different stellar couplets revolving around three different centers of mass, but with the trio remaining gravitationally bound to one another and circling the galactic center as a single star system. Although a handful of other six-star systems have been discovered, this one is unique: It is the first in which the stars within each of those three pairings pass in front of and behind each other, eclipsing the other member of its stellar dance troupe, at least from our space telescope’s line of sight.

In other words, scientists have found a sextuply eclipsing sextuple star system. The discovery, posted online this month, has been accepted for publication in The Astronomical Journal.

Exoplanets within the star cluster have not yet been confirmed, but if you lived on a world within, the night sky would be something special, said Tamás Borkovits, an astronomer at the Baja Astronomical Observatory in Hungary and co-author. Any inhabitants of these worlds, “could see two suns, just like Luke Skywalker on Tatooine,” Dr. Borkovits said, as well as four other very bright stars dancing around the sky. 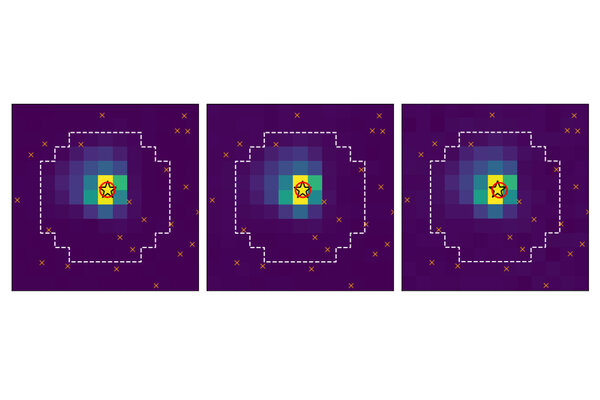 But only one of the pairs could have any planets. Two of the system’s binaries orbit extremely close to one another, forming their own quadruple subsystem. Any planets there would likely be ejected or engulfed by one of the four stars. The third binary is farther out, orbiting the other two once every 2,000 years or so, making it a possible exoplanetary haven.

Exotic stellar collections like this don’t just look cool. They refine and challenge our understanding of how multiple star systems form, said Patricia Cruz, an astrophysicist at the Center of Astrobiology in Madrid who was not involved with the work.

The depth and duration of TIC 168789840’s eclipses let astronomers determine the dimensions, masses and relative temperatures of its stars — vital information that can be plugged into models of star formation. But even with those clues, the origin of this whirling six-star system will remain a puzzle until we find others like it.

NASA’s TESS satellite looks for exoplanets by searching for temporary dips in a star’s light, caused by a planet orbiting in front of it from our perspective. But, Dr. Cruz said, scientists originally used the same light-blocking principle with other telescopes to spy stars obscuring other stars.

The neural network studied an archive of nearly 80 million records of light-intensity changes, way more than humans alone could handle. “What machine learning can do is take this intractable data set and turn it into something a human can work with,” Mr. Powell said. It found a surfeit of multiple star systems, including the superlative TIC 168789840 last March.

From 2018: How NASA’s TESS Spacecraft Will Hunt Exoplanets

NASA’s TESS spacecraft is searching the sky for nearby alien worlds.

Our Milky Way galaxy is strewn with billions of planets, alien worlds still unseen by human eyes — at least for now. Only three decades ago we didn’t know if there were planets beyond our own solar system. In 1995, astronomers discovered that a star in the constellation Pegasus was wobbling back and forth, tugged by the gravity of an unseen planet, an exoplanet, a hot and hellish world unfit for life as we know it. The wobble method of planet hunting relies on sensitive spectroscopes. As an orbiting planet tugs on its star, the starlight we see shifts from blue to red and back again. The Kepler space telescope was launched in 2009. It found thousands of exoplanets by staring at a small patch of the Milky Way. Kepler didn’t look for wobbles. It looked for small dips in starlight, when a planet crosses in front of its star. Kepler found systems of planets, groups of worlds swirling around their star, lonely planets encased in ice, other worlds scorched by fire, newborn planets shrouded in dust, waterworlds, and planets swept by global storms, planets dancing in orbit with two stars, or even three, and even planets from other galaxies that were swallowed up by the Milky Way. In recent years, astronomers have taken the first direct images of exoplanets, blurry pixels of alien landscapes. We’ve discovered a free-floating planet not bound to any star. And we’ve seen signs of planets being born, infant worlds scoring dark rings in the dust around their stars. Now a new planet hunter will join the search. On April 16, 2018, the Transiting Exoplanet Survey Satellite, or TESS, will lift off from Cape Canaveral. TESS will spend two years scrutinizing the entire sky, watching nearby stars for minute dips in brightness caused by a nearby alien world. TESS’ four cameras cover a swath of the sky 96 degrees tall. TESS will divide the sky into sections like the slices of an orange and stare at each section for 27 days, then move on to the next. After two years we will have covered the whole sky. TESS will fly an unusual orbit, swooping as far out as the moon every two weeks before falling back close to Earth and dumping a torrent of data to eager astronomers. TESS is a target hunter. The planets it finds can be studied by the next generation of telescopes on Earth and in space. With luck TESS will discover worlds suitable for lakes and oceans, with rich atmospheres and chemical signals we can detect. Their gases could tell us whether these planets are habitable or inhabited by the likes of us. The Milky Way holds more planets than stars and a diversity that we still haven’t begun to plumb In the search for life and meaning in the cosmos, our own world is still the gold standard. 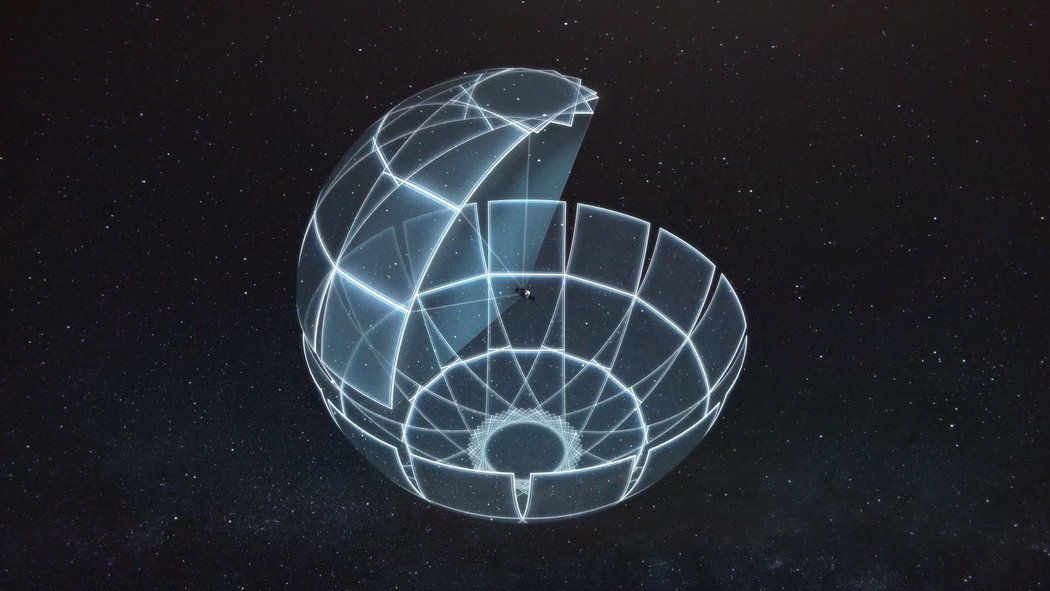 Late last year the data was turned over to “hawk-eyed and very enthusiastic” professional and amateur stargazers all over the world, Dr. Borkovits said. Their efforts confirmed that TIC 168789840 was a sextuple system and helped clarify its stars’ characteristics, orbital dimensions and paths.

Andrei Tokovinin, an astronomer at the Cerro Tololo Inter-American Observatory in La Serena, Chile, and a co-author of the study, suggests one explanation for how the system came to be: Three stars formed within an expansive gas cloud, all orbiting each other in a triple-star system. Later, they encountered a dense clump of gas from the same cloud. That encounter led to disks forming around the original trio of stars, eventually giving each of them smaller companions.

Trying to unravel its origins is a worthwhile endeavor. But for Mr. Powell, “working with literally the most interesting data in the universe” to simply find this strange sextuplet is reward enough.

“Just the fact that it exists blows my mind,” he said. “I’d love to just be in a spaceship, park next to this thing and see it in person.”