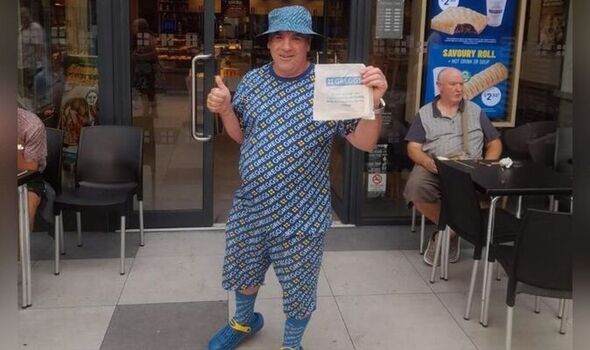 Mark Andersen’s obsession began when he visited Primark to buy some t-shirts. After spotting Greggs clothing, he decided to buy a few items.

The 53-year-old kept returning for more and more clothing, and today he has three “Greggs outfits” that he regularly wears, reports The Liverpool Echo.

Mark, from Huyton, Merseyside, is frequently stopped by people on the street who want to grab a photo with him.

While out doing some shopping in Tuebrook, Mark passed the Derby Road branch on his way to another shop wearing a Greggs t-shirt.

When he came outside, one of the workers was holding a sausage roll and asked if they could take a picture of him outside the shop. 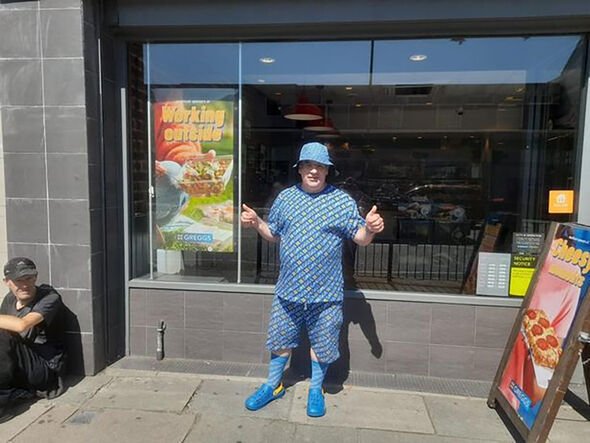 Mark said: “I saw her standing outside the shop and I thought she was coming in, but when I left she came over to me and asked to take my picture outside. I said ‘yeah okay’ and she gave me a sausage roll.

“I jokingly said ‘I would love a cheese and onion pasty’ and she gave me one of them too.

“I then called the shop when I got home and told them I have a full uniform, so asked if they wanted me to come back the next day.”

He went back the next day dressed in head to toe Greggs including a top, shorts, socks, crocs and bucket hat, and the worker told him the company was hoping to use his picture on Instagram.

Since then he has been visiting as many Greggs as he can in the city.

Mark said: “I love Greggs, but I don’t have a car which makes it hard. If one is on my route I will pop my head in and ask if they want a picture of the famous Mr Greggs. I have been to Tuebrook, Old Swan, Huyton Village and the city by Lewiss’.”

While out and about in his full Greggs “uniform”, Mark says he has been stopped by people in the street asking for a picture with him.

Now his cousin has made him his own Instagram account, and he hopes to visit more stores in future.