The Pondicherry shark is an extremely rare small, stocky creature – which measures around three feet long and has a long, pointed snout. This species can be identified by the shape of its upper teeth, which are strongly serrated near the base and smooth-edged near the tip, and by its first dorsal fin, which is large with a long free rear tip. It was once found throughout Indo-Pacific coastal waters from the Gulf of Oman to New Guinea and is known to enter freshwater unlike its famous relative the great white.

It was once found throughout Indo-Pacific coastal waters from the Gulf of Oman to New Guinea and is known to enter freshwater.

Fewer than 20 specimens are available for study, and most aspects of its natural history are unknown – with the creature thought to be extinct since the Seventies.

That was until famed biologist and conservationist Forrest Galante spent three years looking for evidence that the apex predator lives, Discovery Channel’s ‘Extinct or Alive: The Lost Shark’ revealed.

He said: “My life’s work is dedicated to the pursuit of animals the world has given up on. 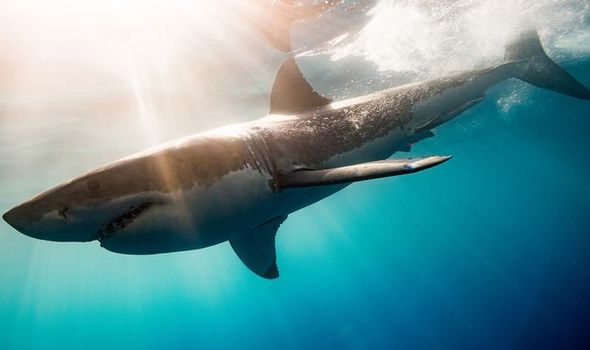 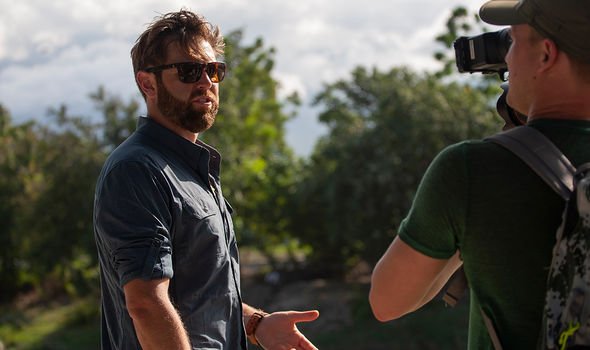 “If we find these magnificent creatures, it’s possible to secure funding to help preserve and protect them.

“The Pondicherry is no different. It’s an animal that has disappeared off the face of the earth since the Seventies and thus, no conservation efforts are in place to attempt to protect them and their habitat.

“My goal is to change that.

“Weighing a variety of factors and drawing the conclusion that it could still be out there is what lead me to where and how we conducted the survey.”

Mr Galante explained how the hunt played out.

He added: “Due to the Pondicherry’s unusual lifecycle, it enters into freshwater rivers within its range annually. 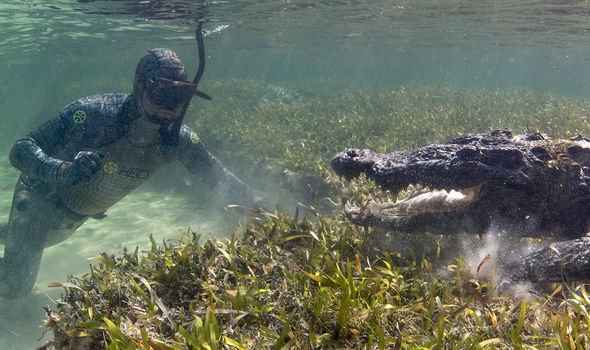 “This means there is a bottleneck, where all the sharks line up at the river mouths.

“Unfortunately, this makes them a very easy target for unregulated fishing and that has driven the population of an already very elusive shark to the point of collapse.

“This expedition is the culmination of about three years of research, making contacts, applying for permits etc.

“After weighing variables we come to the conclusion of whether or not it’s worthwhile and if so, where and how to search.”

Mr Galante led the team in their endeavours, where he put his life on the line in the name of science.

He told Newsweek in 2019: “Once all the research and prep were done, it was a team of three of us as scientists plus the seven people that make up the production team. 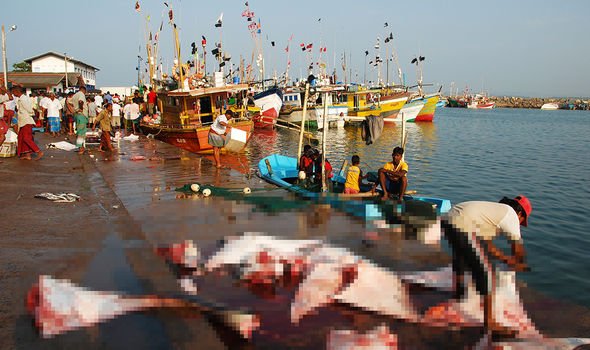 “We had identified two possible locations, a remote atoll in the Maldives (where we spent 10 days) and a river mouth in southern Sri Lanka (where we spent the remaining 4.5 weeks).

“What’s interesting about looking for a shark that can live in both rivers and the ocean, is it means it took us all over the place.

“From tiger shark-infested shallow reefs, too deep in the jungle with leopards and elephants walking around – not quite the types of animals you expect to encounter on a shark survey.

“One of the biggest challenges with any expedition looking for an animal where you have a one-in-a-million shot of finding it is staying motivated and keeping team morale high.”

Experts from the team tracked down the remains of a Pondicherry at a local fishing village in southern Sri Lanka.

Describing the moment he found out, Mr Galante said he was “ecstatic”. 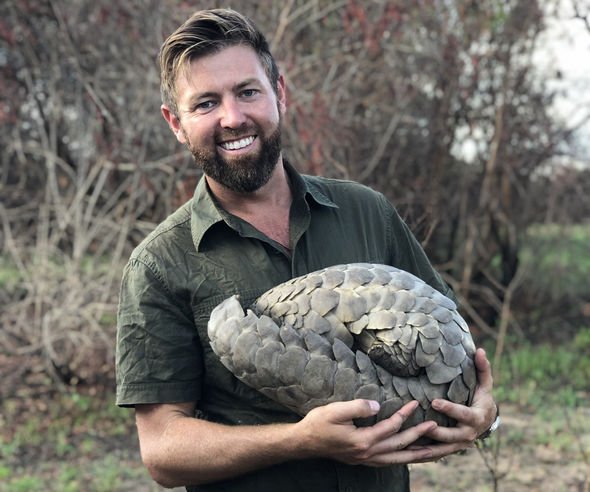 He added: “It’s amazing to know that what we found is the animals we were looking for.

“It confirms the ongoing survival of the species, even if we didn’t see a live one.

“So it was overall a huge win.”

Mr Galante explained why the Pondicherry shark – which is now listed as critically endangered – is at such high risk of being lost forever.

He said: “The biggest threat is undeniably overfishing.

“The shark fin soup trade is something that has exploded in popularity and with the economic growth of Asian countries that value the soup, we are seeing a drastic reduction in shark populations worldwide.

“The scariest part about that is, once the shark populations collapse, so do the entire ocean ecosystems, which the majority of humans worldwide depend on for protein.

“But, on a more general scale, education is the key.

“Understating the importance of sharks in an ecosystem and making sustainable choices in seafood and not supporting the harvest of sharks is the best thing people at home can do.”