Marine experts and advocates in Australia are urging the public to refrain from using the word “attack” in reference to sharks, declaring that the majestic predatory fish has been unfairly stigmatized as a deliberate killer.

Instead, officials have suggested that violent run-ins with sharks be dubbed with more neutral words — such as “interactions.” 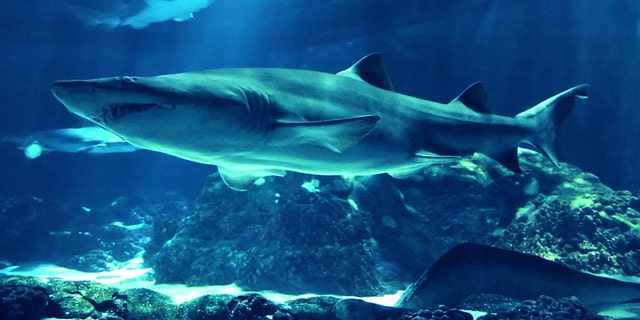 Others have suggested swapping the word with the terms “negative encounter,” “incident” or simply “bites,” the Sydney Morning Herald recently reported.

” ‘Shark attack’ is a lie,” said University of Sydney language researcher Christopher Pepin-Neff, who argued that a majority of what people call “attacks” are merely nips and minor injuries from smaller sharks.

He also told the Aussie outlet that such phenomena were once called “shark accidents,” prior to the 1930s when prominent Sydney surgeon Victor Coppleson began calling them “attacks.”

The change marked a shift in mood as shark nets were also being implemented on Australian beaches at that time.

Government agencies have also begun to adopt new language, including the Department of Primary Industries in New South Wales (NSW DPI), which has worked with a shark-survivors support group, Bite Club, to identify more sensitive vocabulary to describe an audience with a shark.

“NSW DPI is respectful that each incident is best described by the individual involved,” a spokeswoman said. “DPI generally refers to ‘incidents’ or ‘interactions’ in our formal shark reporting.”

told the Sydney Morning Herald the change is important “because it helps dispel inherent assumptions that sharks are ravenous, mindless man-eating monsters.”

To describe shark interactions more accurately “helps improve the public’s understanding of sharks and how they behave,” he added. The move is indicative of a wider trend in animal advocacy — as seen in People for the Ethical Treatment of Animal’s recent campaign to denounce insults that implicate animals, such as calling someone a “chicken” or “pig.”

Guida was present at Noosa Biosphere Reserve Foundation’s annual shark symposium in May where researchers discussed the shark attack rebrand, favoring the softer term “bite” over “attack” to describe injurious meetings with sharks. Noosa’s SharkSmart website writes about how swimmers can reduce their odds “of a negative encounter with a shark.”

The Sydney Morning Herald asked Queensland’s Department of Agriculture and Fisheries to clarify their stance, and they responded that there has “been no formal direction in this space” while iterating that “some people may just have a personal preference for the language they use.” The state of Victoria’s fisheries authority is still calling them “attacks” on their Shark Smart advice website.

Last year saw 13 shark-related human deaths worldwide. But the vast majority of shark encounters can be chalked up to their curiosity, scientists say, as the 450 million-year-old shark species is only just beginning to understand us humans.

“Sharks don’t have hands, so if they want to explore something, they mouth it,” Nathan Hart, an associate professor at Macquarie University, told the Herald. “Very rarely are humans consumed by sharks.”

The shift is already being seen among water enthusiasts, such as NSW-based surfer Cooper Allen, 22, who prefers a more droll approach to describing a shark encounter that left him with deep leg wounds.

This story first appeared in the New York Post.