The works of William Shakespeare should be built into the medical undergraduate curriculum to teach students how to connect more closely with their patients, a doctor suggests.

Dr David Jeffrey, a palliative care doctor at the University of Edinburgh, is calling for more emotional connections in clinical practice to improve doctor-patient relations interactions over the world.

Currently, doctors can distance themselves from patients, avoiding emotions by focusing on biomedical facts – a process described as ‘detached concern’.

But doctors should arguably be breaking down this emotional barrier for the benefit of their patients, potentially when they’re suffering from distressing illnesses, Dr Jeffrey suggests.

Shakespeare’s obvious appreciation of empathy – the ability to understand and share the feelings of another – as demonstrated by characters in his plays could teach medical students to master this skill, he says. 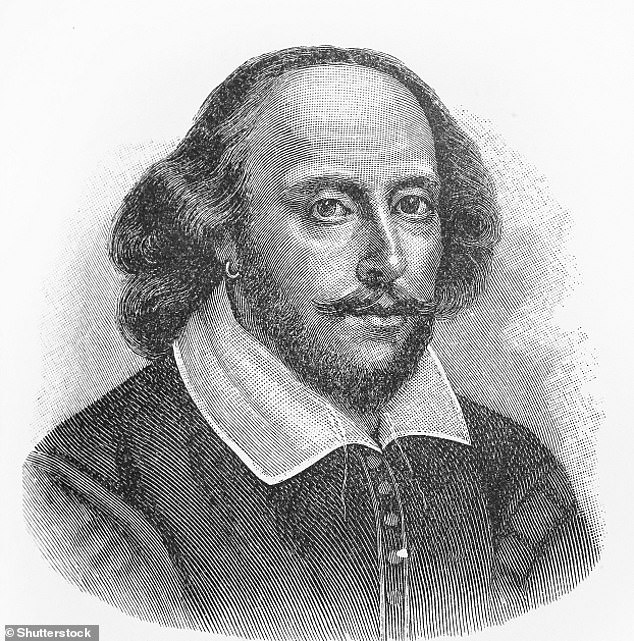 The English playwright, poet, and actor William Shakespeare, portrayed here in an illustration taken from Meyers Lexicon, is widely believed to have been the greatest dramatist of all time. He was also a master of empathy and had a ‘sensitivity to psychological and social concerns’ – so much so, that medics in training should read his works, Dr David Jeffrey suggests

– ‘Poor naked wretches, wheresoe’er you are, That bide the pelting of this pitiless night’, King Lear Act III scene iii

– ‘O, I have suffer’d with those that I saw suffer.’ The Tempest Act I Scene ii

– ‘Speak what we feel, not what we ought to say.’ King Lear Act V Scene iii

Dr Jeffrey’s argument is presented in a new scientific paper published on Friday in the Journal of the Royal Society of Medicine.

Drawing on references from The Tempest, As You Like It and King Lear, he writes: ‘It is remarkable that Shakespeare’s work remains relevant today.

‘It seems that he had an ability to anticipate our thoughts, particularly in times of crisis.

‘Shakespeare’s defining gift is his empathic approach – each of his characters speaks in their own voice, generating a narrative composed of multiple individual perspectives, while suppressing his own ego.

‘A study of Shakespeare’s plays may be a creative way of enhancing empathic approaches in medical students.’

Currently, there’s a ‘deeply ingrained’ theory among medics that ’emotions are disruptive’ and need to be kept under control.

This means doctors can sometimes appear to distance themselves from patients emotionally – perhaps as a tactic for dealing with the job. 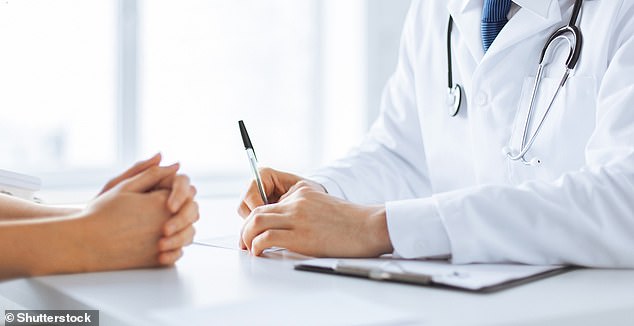 Currently, doctors can distance themselves from patients, avoiding emotions by focusing on biomedical facts – a process described as ‘detached concern’

But empathy from a doctor directed towards his or her patient ‘can create a sense of security in situations of great uncertainty’, such as in end-of-life care, Dr Jeffrey believes. 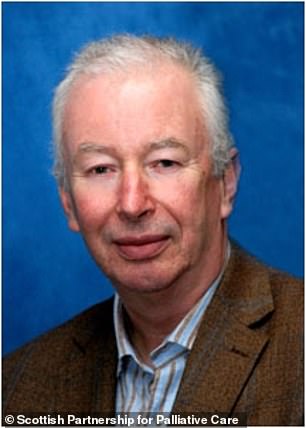 ‘I do think that doctors want to empathise with patients but are sometimes constrained by lack of time and workload,’ he told MailOnline.

Not only could Shakespeare see a situation from multiple points of view, but his understanding of empathic feeling was deepened by his grief for his son, who died in 1596.

Shakespeare’s suffering increased the depth of his emotional expression as shown in his later plays like Macbeth and King Lear.

In his 1817 book ‘Characters of Shakespear’s Plays’, English essayist and literary critic William Hazlitt says Shakespeare displayed the ‘greatest knowledge of humanity with the greatest fellow-feeling for it’.

The playwright’s sensitivity to psychological and social concerns relates to the fact that he was writing before the scientific revolution in times of plague and religious upheaval.

Dr Jeffrey also compares Shakespeare’s time when plague was rife with the coronavirus pandemic over the past year.

King Lear was allegedly written while Shakespeare was quarantined during a plague outbreak and original Globe theatre in London was shut. 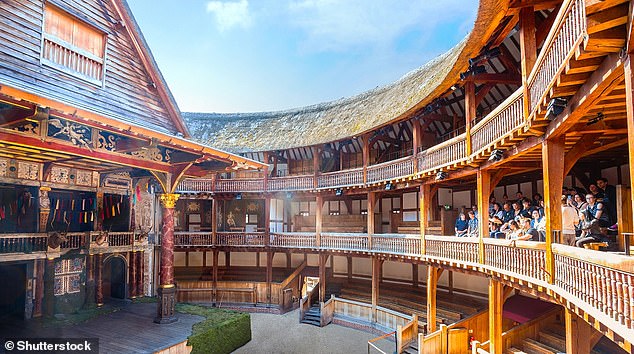 Shakespeare’s Globe is a reconstruction of the Globe Theatre, associated with William Shakespeare, in the London Borough of Southwark. The original theatre was built in 1599

As the current pandemic looks to be drawing to a close, Dr Jeffrey envisages an era of more empathetic interactions between doctor and patient.

‘The recent Covid-19 pandemic, with the need for personal protection, social distancing and video consultations, has created challenges to establishing empathic relationships between patients and doctors,’ he says.

‘Shakespeare speaks through times of crisis, underlining the centrality of empathic human relationships.’

Dr Jeffrey explores empathy between medics and patients further in his book, ‘Empathy-Based Ethics: A Way to Practice Humane Medicine’.

William Shakespeare: The playwright, poet and actor whose reputation transcends all other writers

William Shakespeare (baptised April 26, 1564 – died April 23, 1616) was an English playwright, poet, and actor who is widely believed to have been the greatest dramatist of all time.

The playwright continues to occupy a position unique in world literature as someone whose reputation transcends that of all other popular writers.

He is credited with producing 39 plays, 154 sonnets and three long poems.

His plays, the most famous of which include Romeo and Juliet, Hamlet and Othello, have been translated into every major language.

They are performed thousands of times a year by actors all across the world and are studied by millions of students across the UK and elsewhere.

William Shakespeare (baptised April 26, 1564 – died April 23, 1616) was an English playwright, poet, and actor who is widely believed to have been the greatest dramatist of all time

Shakespeare was born and raised in Stratford-upon-Avon, Warwickshire.

He married Anne Hathaway at the age of 18 and had three children with her: Susanna and twins Hamnet and Judith.

At some point between 1585 and 1592, Shakespeare began a career in London as an actor and writer.

He was the part owner of a playing company called the Lord Chamberlain’s Men, who later became known as the King’s Men.

They built the Globe Theatre, in Southwark, South London, at which they performed many of Shakespeare’s plays.

The theatre was destroyed by fire in 1613 but rebuilt the following year before being closed in 1642 and then pulled down.

A modern reconstruction of the Globe, named ‘Shakespeare’s Globe’, was built less than 800 feet from the site of the original theatre and opened in 1997.

At the age of 49, Shakespeare is believed to have retired back to Stratford, before he died three years later.

However, there are scant records of his private life and considerable speculation continues about his exact physical appearance.

Some questions have also been raised about whether all the works attributed to him were in fact written by others.