Inside the Natural History Museum, a stunning 25 metre-long female blue whale skeleton suspends from the ceiling. Named ‘Hope’ by the museum as “a symbol of humanity’s power to shape a sustainable future,” the remains have taken centre stage for the last three years. But cutting-edge science is now helping to unravel the history of Hope, giving an astonishing insight into the final years of the four-and-a-half-tonne creature.

The narrator said: “Even though Hope has been in the museum for over a century, very little is known about her life.

“Behind the scenes, hundreds of workers and world-class experts are uncovering secrets about the natural world. 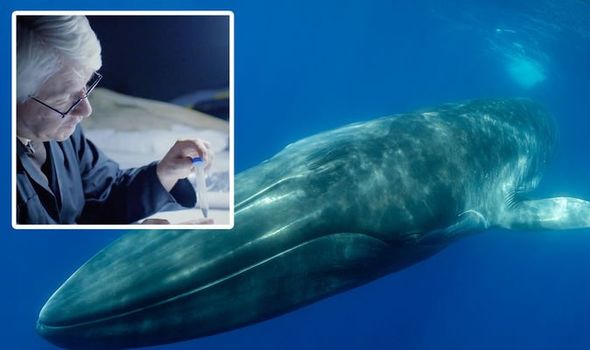 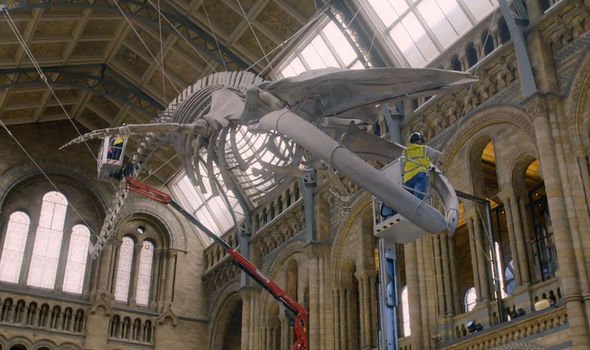 “Richard Sabin has been the museum’s whale specialist for the past 29 years – and he is embarking on a new investigation into Hope.”

Dr Sabin explained how an incredible discovery is helping to further experts’ understanding.

He said: “This rather large crate reminds me of something from Indiana Jones, but it actually contains a surprising part of Hope.

“This is the filtering mechanism, the strainer, that blue whales have inside their mouths to strain things like krill and small fish.

“We have about 800 of these inside the crate, this isn’t something people get to see – it’s something scientists get to play with. 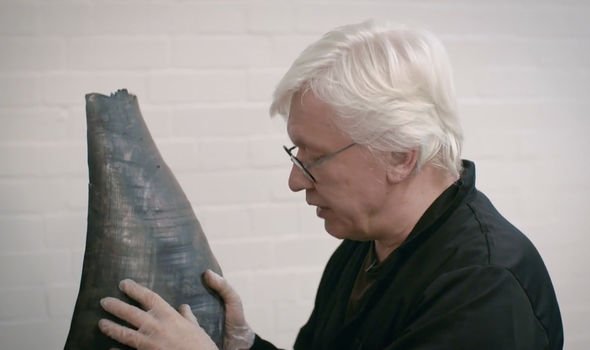 “We have had Hope in the museum for just under 130 years and she has been a mystery for most of that time.

“But I have made it my personal mission to become a detective and find out as much as possible about her life.”

Dr Sabin took samples from the whale’s mouth plates in the hope of revealing new information about her life.

He added: “This may just look like dust, but it’s actually very important dust.

“We have developed techniques that allow us to now extract very detailed information using chemical analysis. 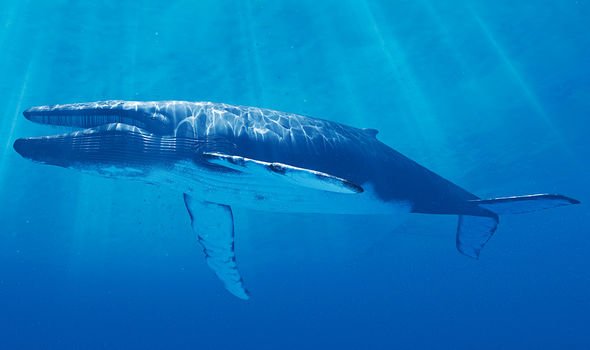 “This will be used to answer more questions about Hope’s life – where Hope lived and where she travelled.”

The blue whale was once abundant in nearly all the oceans on Earth until the end of the 19th century.

It was hunted almost to the point of extinction by whaling until the International Whaling Commission banned all hunting of blue whales in 1967.

The International Whaling Commission catch database estimates that 382,595 blue whales were caught between 1868 and 1978. 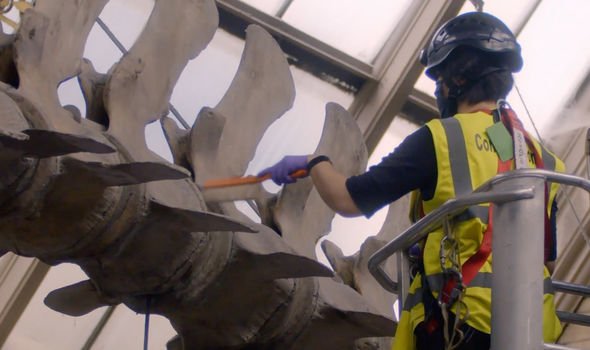 Dr Clive Trueman, who is based at the University of Southampton and conducted isotope work looking into Hope’s movements, revealed that about seven years before she died, Hope was living in the subtropical waters of the Atlantic – perhaps the Azores, Cape Verde or Mauritania.

After spending at least a year feeding and growing in these waters, Hope began migrating.

Modern blue whales in the northern Atlantic tend to spend their summers feeding around Iceland, Norway and as far north as the Arctic Circle.

Ocean upwellings cause plankton to bloom, providing food for the krill that whales feed on.

As winter sets in and the ice begin to form, the whales then move south, past the western coasts of Ireland and Iberia, and back into warmer subtropical waters.

The pattern of carbon isotopes in Hope show that she was making the same migration.