Time’s up for the leap second! Scientists vote to scrap the periodically-added second by 2035, amid concerns it can wreak havoc for GPS systems and telecoms

While we all know about February’s extra day during a leap year, there is another time-keeping alteration we make to our clocks that you may not have heard of.

This is the ‘leap second’ – an extra second we tack on the year to ensure Coordinated Universal Time (UTC) exactly matches up with the Earth’s rotation on its axis.

However, scientists have now agreed to scrap the leap second and let the two fall out of sync.

The decision was made because this extra second can cause problems for digital systems that rely on a regular flow of time, like GPS and telecommunications.

We will begin to forgo the leap second in 2035, but it has not yet been decided how long for, and some scientists are calling for it not to be re-added for at least a century. 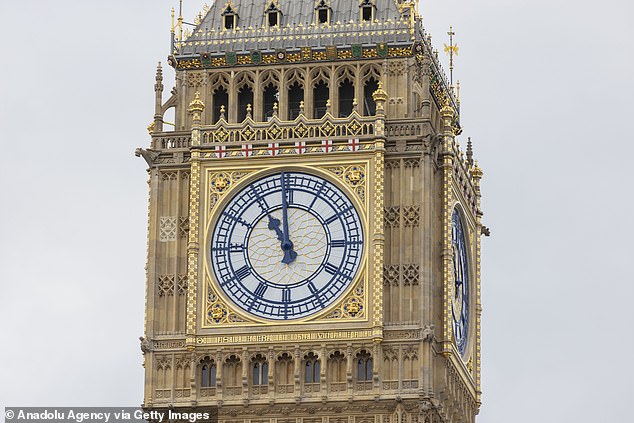 Since 1972, a leap second has been added onto astronomical time whenever the gap between it and Coordinated Universal Time reaches 0.9 seconds, which occurs unpredictably

WHAT IS A LEAP SECOND?

A leap second is an adjustment of a single second to the Coordinated Universal Time (UTC).

This is designed to keep atomic clock time and solar time inline.

There are difference between the incredibly precise International Atomic Time (TAI) measured by atomic clocks, and the imprecise observed solar time (UT1), linked to Earth’s rotation.

Without the leap second, added every few years, UTC would be out of line with the Earth’s rotation speed.

While this wouldn’t be noticable to most people, over hundreds of years it could shift the point of Noon, and would impact the internet.

However, it isn’t a popular practice, proving distruptive to some internet services, with Google ‘smooshing’ time over a year to add the increase in microseconds to each day.

International standards bodies responsible for time are debating whether to drop the practice, as even over 100 years it would only drift by about a minute.

A document from the 27th General Conference on Weights and Measures (CGPM) reads: ‘The … introduction of leap seconds creates discontinuities that risk causing serious malfunctions to critical digital infrastructure.

‘The use of these different methods also generates confusion, which compromises the recognition of UTC as the sole reference time scale.’

UTC is defined by atomic clocks around the world, which tick precisely and continuously.

However, these atomic clocks do not align exactly with observed solar time, which historically defines days as a single rotation of the Earth.

The time it takes for a single planetary rotation changes every so often due to the pull of the Moon, causing the two time systems to drift apart.

Since 1972, a leap second has been added onto astronomical time whenever the gap between them reaches 0.9 seconds, which occurs unpredictably.

However, the Earth’s rotation has reportedly been speeding up since 2020.

A leap second may therefore need to be removed, rather than added, in the future, in order to keep observed solar time in sync with clocks.

While the addition of a leap second goes unnoticed by most, it has caused issues for the International Bureau of Weights and Measures (BIPM), the body responsible for UTC.

These stem from differences in how clock representations interpret the leap second, and how some clocks even miss its inclusion.

This year’s CGPM, which occurs once every four years in Versailles Palace near Paris, saw metrologists in agreement that the leap second must go by 2035.

While it will continue to be added as required until then, afterwards, astronomical time and UTC will be left to move apart by over a second.

They also proposed that we should hold off re-applying it for at least a century, allowing the two to become about a minute out of sync.

The decision on this upper limit, if any, will be finalised by 2026.

Representatives from the USA, Canada and France pushed for the change, although Russia voted against the proposal for the leap second’s removal in 2035.

The Russian satellite-navigation system, GLONASS, incorporates the leap second already, meaning significant technical changes will need to be made.

GPS, however, is run by the US military using atomic clocks, and effectively ignores the additional second. 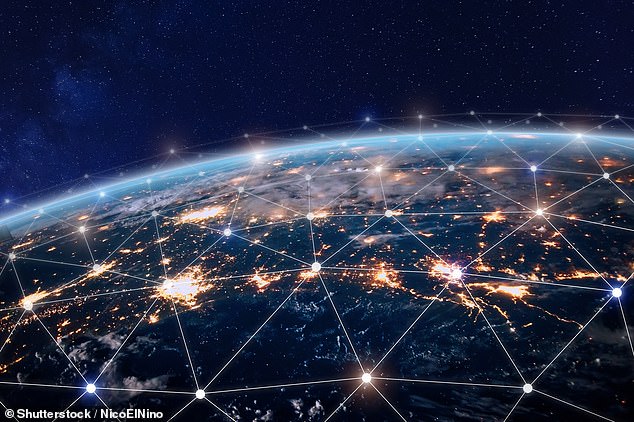 The decision was made because this extra second can cause problems for digital systems that rely on a regular flow of time, like GPS and telecommunications (stock image)

On June 29 this year, the Earth reported its shortest day since records began, with 1.59 milliseconds shaved off the usual 24-hour spin.

This raised the prospect of a negative leap second having to occur to keep clocks aligned, which would be the first time in history that global clocks have been sped up.

This has ‘never been considered or tested’, according to documents from the CGPM, and supported the decision to scrap the leap second.

Scientists claimed climate change, seismic activity and ocean circulation could all be to blame for the faster rotation.

It could also have been the result of the pull of the moon and the so-called ‘Chandler Wobble’ – a change in the spin of the Earth on its axis.

WHAT IS THE ATOMIC CLOCK?

Atomic clocks have a timekeeping mechanism that use the interaction of electromagnetic radiation with the excited states of certain atoms.

The devices are the most accurate system we have for measuring time, with consistent standards applied.

They are the primary standards for international time distribution services, and uses to control wave frequency for TV, GPS and other services.

The principle is founded in atomic physics, measuring the electromagnetic signal that electrons ina toms emit when they change energy levels.

Modern versions cool atoms to near absolute zero by slowing the atoms down with lasers. With temperature of atoms driving their accuracy.

Every few years a ‘leap second’ is added to atomic clocks, by effectively stopping them for a second, to keep them in line with Earth’s rotation speed.