Scientists have solved a 50 year ‘black hole paradox’ first proposed by Professor Stephen Hawking, that once threatened to break our understanding of the universe.

It is based on a theory by Hawking that a black hole isn’t actually black, with pairs of particles and antiparticles produced at its event horizon. One goes into the black hole, the other escaping – but these two states are contradictory.

A new study by a team from the University of Sussex in England, found that the very fine imprint matter makes on the black hole as it enters, known as ‘quantum hair’, provides a mechanism that ties together the quantum and the relativistic problems.

Their solution allows for information to be preserved under quantum mechanics, in the imprint, while also ensuring ‘nothing escapes’ the gravity, under relativity. 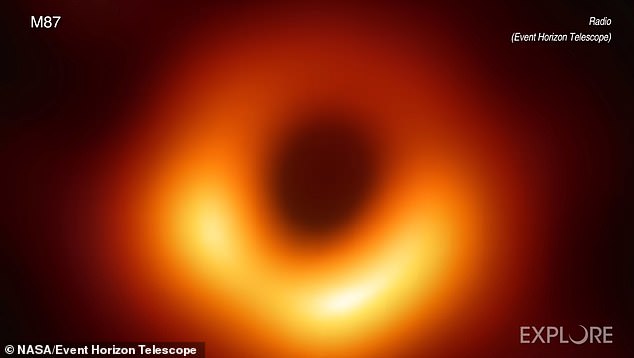 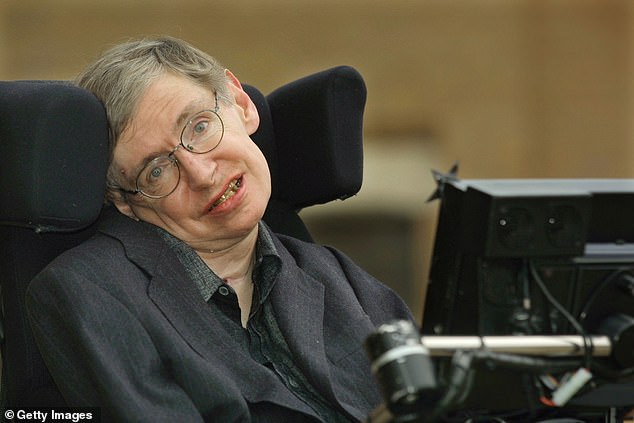 It is based on a theory by Hawking that a black hole isn’t actually black, with pairs of particles and antiparticles produced at its event horizon. One goes into the black hole, the other escaping – but these two states are contradictory

A pair of papers have been published outlining the elegant solution to a problem that has been confounding scientists for half a century.

In the first paper, the team demonstrated that black holes are more complex than originally understood and have a gravitational field that, at the quantum level, encodes information about how they were formed.

The discovery, by Professor Xavier Calmet and colleagues, has been dubbed the ‘quantum hair from gravity’ theory.

The name was a nod to an idea by physicist John Archibald Wheeler in the 1960s, that black holes lack any observable features beyond their total mass, spin and charge – with Wheeler saying at the time ‘black holes have no hair’.

This became known as the ‘no-hair theorem’, but Prof Calmet and colleagues have demonstrated that black holes do have ‘hair’ of some form, formed from gravity.

The scientists have shown explicitly that matter that collapses into a black hole leaves an imprint in the gravitational field of the black hole when quantum gravitational corrections are taken into account. 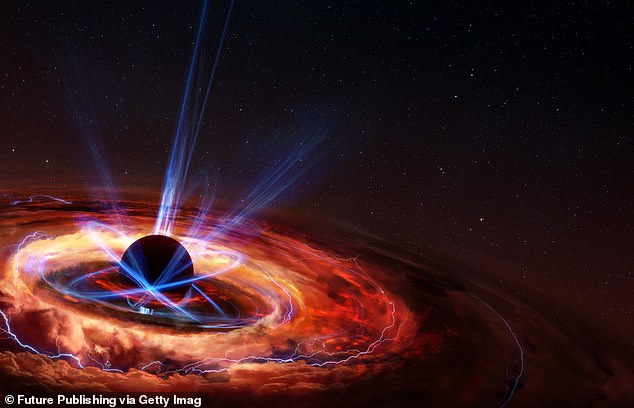 A new study by a team from the University of Sussex in England, found that the very fine imprint matter makes on the black hole as it enters, known as ‘quantum hair’, provides a mechanism that ties together the quantum and the relativistic problems

WHAT IS THE INFORMATION PARADOX?

The information paradox, which can be traced back to Albert Einstein, has fascinated Stephen Hawking and other physicists for decades.

In 1915, Einstein published the theory of general relativity which predicted that black holes could be defined by three key features – their mass, charge and spin.

In the 1970s, Hawking built on Einstein’s work.

He said that black holes have a temperature and because hot objects lose heat they would eventually evaporate and disappear.

The laws of quantum mechanics say that information is never lost, but that presents a paradox for our current understanding of black holes.

Hawking wanted to find out what happened to the objects that had previously fallen into the black hole.

He said the idea of an event horizon, from which light can’t escape is flawed.

Physicists believe that while the particles falling into the black hole may be gone, their information continues to linger at the edge of oblivion in the ‘soft hair’ of quantum particles.

In a new paper, Black Hole Entropy and Soft Hair, Hawking and his colleagues found that if an object is tossed into a black hole its entropy will change.

‘Any object that has a temperature also has an entropy’, Professor Perry wrote in an article in the Guardian.

‘The entropy is a measure of how many different ways an object could be made from its microscopic ingredients and still look the same.’

A black hole’s entropy – or internal disorder – can be recorded by these photons around the edge.

This information will be released by a black hole when it evaporates.

However, this does not resolve the paradox.

Scientists still want to find out how information is actually stored in a soft hair.

They also still do not know how that information leaves the black hole when it evaporates.

This imprint is what the scientists are referring to as a ‘quantum hair’.

Specifically, they compared gravitational fields of two stars with the same total mass and radii but different compositions.

At the classical level, the two stars have the same gravitational potential, but at the quantum level, the potential depends on the star composition.

‘When the stars collapse into black holes, their gravitational fields preserve the memory of what the stars were made of and lead to the conclusion that black holes do have hair, after all,’ the authors explained.

Published in 1976, Hawking suggested that, as they evaporate and emit thermal radiation, black holes destroy information about what had formed them.

This appeared to violate a fundamental law of quantum mechanics which states that any process in physics can be mathematically reversed.

The scientists’ ‘quantum hair’, however, provides the mechanism by which information is preserved during the collapse of a black hole and as such resolves one of modern science’s most famous quandaries.

The work builds on previous studies into the nature of black holes and quantu gravity, including research from 2021 showing that black holes ‘exert a pressure’.

Professor Calmet said: ‘Black holes have long been considered the perfect laboratory to study how to merge Einstein’s theory of general relativity with quantum mechanics,’ the two main theories to explain the universe and everything in it.

‘It was generally assumed within the scientific community that resolving this paradox would require a huge paradigm shift in physics, forcing the potential reformulation of either quantum mechanics or general relativity,’ the scientist explained.

‘What we found – and I think is particularly exciting – is that this isn’t necessary.

Our solution doesn’t require any speculative idea, instead our research demonstrates that the two theories can be used to make consistent calculations for black holes and explain how information is stored without the need for new physics.

‘It turns out that black holes are in fact good children, holding onto the memory of the stars that gave birth to them.’

Explaining the discovery of the quantum hair, co-author, Roberto Casadio, Professor of Theoretical Physics from the University of Bologna, said a crucial aspect of the study is the way black holes form.

‘Black holes are formed by the collapse of compact objects and then, according to the quantum theory, there is no absolute separation between the interior and the exterior of the black hole,’ he explained.

‘In the classical theory, the horizon acts as a perfect one-way membrane which does not let anything out and the exterior is therefore the same for all black holes of a given mass. This is the classical no-hair theorem. 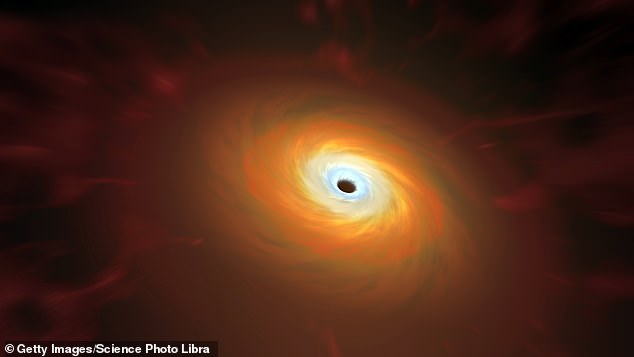 Their solution allows for information to be preserved under quantum mechanics, in the imprint, while also ensuring ‘nothing escapes’ the gravity, under relativity

‘In the quantum theory, the state of the matter that collapses and forms the black hole continues to affect the state of the exterior, albeit in a way that is compatible with present experimental bounds. This is what is known as quantum hair.’

Professor Hsu said the concept of a causal horizon is central to the notion of a Black Hole, where, what sits behind the horizon cannot, in classical physics, influence the exterior of the black hole.

‘We showed that there are intricate entanglements between the quantum state of the matter behind the horizon (inside the hole) and the state of gravitons outside.

‘This entanglement makes it possible to encode quantum information about the black hole interior in Hawking radiation that escapes to infinity.’

The initial paper has been published in the journal Physical Review Letters.