You’ve got to brie kidding me! Scientists reveal plans to make plant-based cheese out of yellow PEAS

From bug bolognese to plant-based salmon – scientists across the globe have been working hard to create vegan alternatives to our favourite foods.

And they show no sign of slowing down, as researchers are well on the way to formulating a brand new vegan cheese – made out of yellow peas.

A study from the University of Copenhagen describes a ‘functional base’ for a plant-based cheese made from pea protein.

This means they have created a foundation from fermented yellow peas that can act as a starting point for a cheese, and contains 10 per cent protein.

Further work needs to be done to fine tune the flavour and texture until it is indistinguishable from a milk-based cheese. 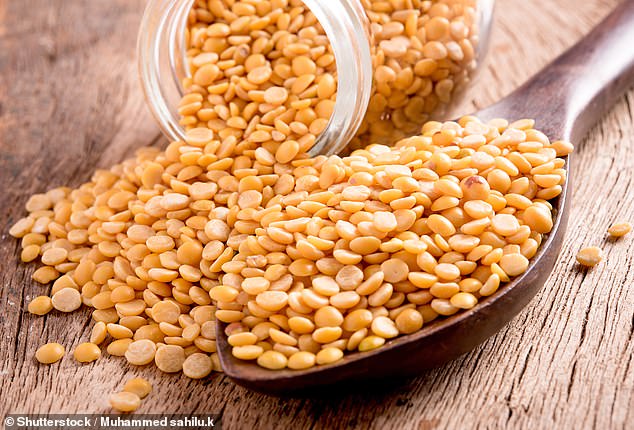 A study from the University of Copenhagen describes a ‘functional base’ for a plant-based cheese made from split pea protein, extra-virgin olive oil, sucrose and glucose (stock image) 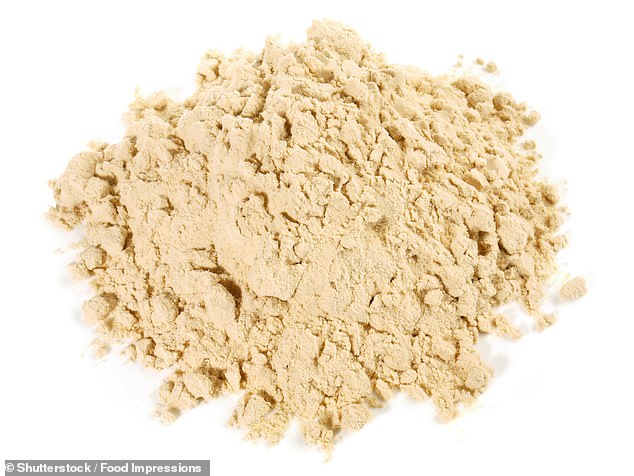 The scientists created a functional base using a pea protein isolate. They will next be testing the various types of fermentation and microorganisms to add flavor (stock image) 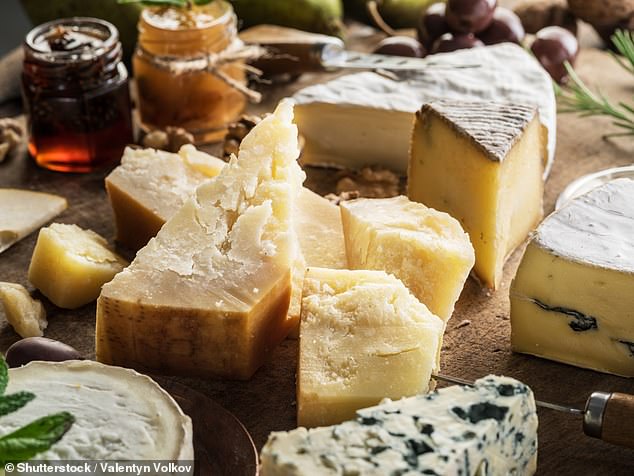 Milk-based cheese has been refined and redefined since the time of the ancient Egyptians, giving it a distinctive flavour that is hard to replicate (stock image)

Humans have been using milk to make cheese and other dairy products for millennia, that remain incredibly popular.

However, an increased awareness of the damage the meat and dairy industries have on the environment is making vegan alternatives to these products more in demand than ever.

We also are more knowledgeable about our own dietary requirements, as experts from the University of Bergen estimate that about 68 per cent of the world’s population has lactose malabsorption.

The Denmark-based researchers also have their own motive as, according to the International Dairy Federation, Danes lead cheese consumption globally with 28 kilos of it consumed per capita in 2020.

Their paper, published in January in the journal Foods, details the high nutritional content and sustainable cultivation attributes of the yellow split pea.

It states: ‘Yellow peas have become one of the most acclaimed raw materials for the development of plant-based alternatives due to their high protein content, availability, and low cost production.’

These peas can be cultivated in Denmark, making them sustainable, but the team hope to become more familiar with how their protein works and how it ferments.

Milk-based cheese has been refined and redefined since the time of the ancient Egyptians, giving it a distinctive flavour that is hard to replicate.

Many of the vegan cheeses available today, often based on coconut oil and water, do not manage to evoke the texture, taste and nutritional content of the original.

Other plant-based cheeses come from nuts, but these are more expensive to produce and have a less sustainable production process than legumes.

‘Limited knowledge about plant protein behaviour during and after processing the protein ingredient leads to low-quality plant-based products,’ the paper states.

‘The majority of the currently commercialised plant-based cheeses rely on crystallised fats such as coconut oil to develop firm textures.

‘Others do not include texturing agents in their formulations but their consistency is not hard enough for a sliceable product.’

In some plant-based cheeses, the long-chain protein molecules of the plant are fermented to turn them into a ‘gel network’, which gives a cheese-like texture and flavour.

‘Pea proteins have a big potential for gel formation,’ the researchers claim.

They started off with a pea protein isolate that has 81.3 per cent protein, 7 per cent fat, and 9 per cent fibre, and combined it with extra-virgin olive oil, sucrose and glucose.

This is then homogenised and heat treated at 95°C for five minutes before slowly cooling to give the functional cheese base.

Carmen Masiá, an Industrial Ph.D. researcher at the Department of Food Science, who authored the study, believes fermentation would help to increase the flavour profile of many of the vegan cheeses available on the market.

Her team will next be testing the various types of fermentation and microorganisms that add flavor to their pea protein matrix.

Their objective it to develop a proper understanding of the science behind plant proteins and how they can be processed to create a product that tastes the same, if not better, than dairy cheese.

HOW DOES EATING MEAT AND DAIRY PRODUCTS HURT THE ENVIRONMENT?

Eating meat, eggs and dairy products hurts the environment in a number of different ways

Cows, pigs and other farm animals release huge amounts of methane into the atmosphere

While there is less methane in the atmosphere than other greenhouse gases, it is around 25 times more effective than carbon dioxide at trapping heat

More trees are cut down to convert land for crop growing, as around a third of all grain produced in the world is used to feed animals raised for human consumption

As well as this, the nitrogen-based fertiliser used on crops adds to nitrous oxide emissions

These fertilisers can also end up in rivers, further adding to pollution