Say goodbye to BO! Scientists develop an anti-microbial lining from silver and chemicals found in wine and chocolate that eliminates body odour

The lining, developed at the University of Tokyo, is less than 10 nanometres thick and consists of silver and tannic acid, a type of polyphenol.

Polyphenols are organic compounds found in chocolate and red wine, but are responsible for their infamous ability to stain clothing and tablecloths.

Fortunately, the researchers’ coating, called Ag/TA, is completely clear so it doesn’t discolour textiles, but best of all, it can survive being washed.

It could be used to coat newly-made textiles in a factory, or even be available in supermarkets for the public to apply to their own existing garments. 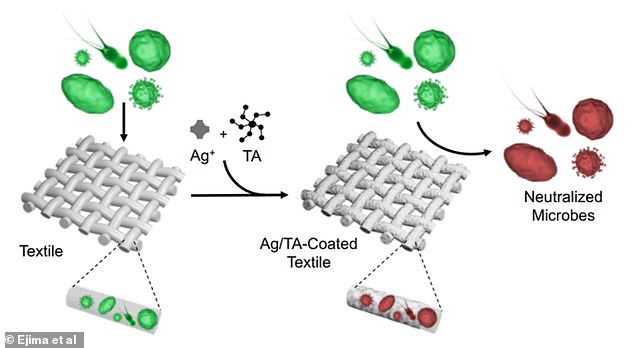 Despite their ability to neutralize pathogens, polyphenols and silver are considered to be extremely safe. Polyphenols are in many kinds of foods consumed daily, and silver does not interact with the human body. So Ag/TA coating could be done by anyone in the home, not just in tightly controlled industrial settings

WHAT DO WE KNOW ABOUT BODY ODOUR?

All animals including humans have a particular body odour.

Our smell is largely governed by genetics, but can be affected by diseases and physiological conditions.

Hot weather, exercise and medications can also alter the way we smell.

Human scents may have played a more important role for our early ancestors.

While previous research suggested that we are more attracted to people that smell dissimilar to us, new findings suggest otherwise.

In lab trials, the researchers have shown a range of textile types – including cotton, polyester and silk – can be treated with the ‘cost-effective and convenient’ lining.

Treated textiles can be washed multiple times without degrading the lining’s antimicrobial and therefore anti-odour properties.

‘What’s most exciting is not the ease of application, but how effective the coating is,’ said study author Joseph Richardson at the University of Tokyo’s Graduate School of Engineering.

‘This isn’t just a hypothetical situation limited to the lab, I’ve tried it on my own shirts, socks, shoes, even my bathmat.

BO occurs due to tiny microbes such as bacteria on a person’s skin breaking down protein molecules within sweat, producing odour as a result.

Silver is already well known for its antimicrobial properties, but can be difficult to apply to things like clothes in an easy and efficient way.

So, in experiments, the researchers used tannic acid to bind silver (Ag) to fabrics.

The binding power of tannic acid is so strong that coated textiles tested by the researchers maintained antimicrobial and anti-odour properties for at least 10 washes. 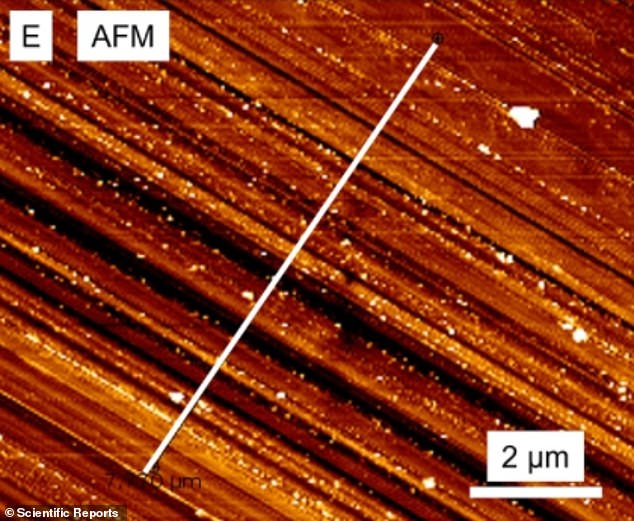 There are more than 8,000 types of polyphenols, including stilbenes in vegetables and resveratrol in red wine.

According to Richardson, there are two methods to apply our antimicrobial silver coating to textiles, suitable for different use cases.

The first method might be useful for commercial clothing or fabric producers, where textiles are simply bathed in a mixture of the silver compound and the polyphenol binder.

The second method, more suited to small-scale settings including the home, is to spray items of clothing.

An advantage of this would be that people can add the coating to their already-existing and much-loved garments.

If marketed, it could potentially be used as an alternative to deodorant to ensure people don’t get smelly.

Researchers also think the lining has use cases beyond the wardrobe, such as health care settings.

‘We wanted to study the effect of the antimicrobial coating not just on odour-causing bacteria, but also on fungi and pathogens like viruses,’ said Richardson. 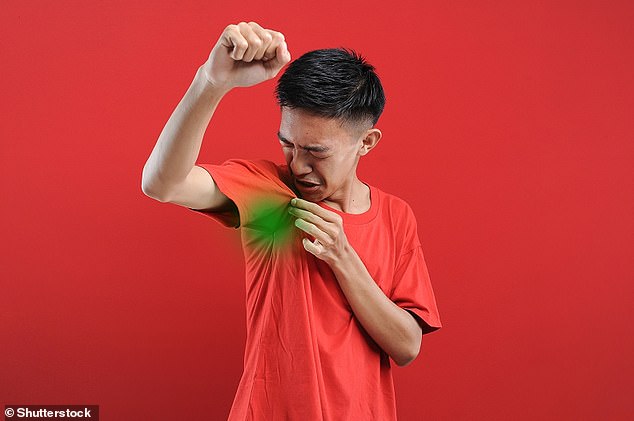 A range of textile types can be treated by the researchers’ method, and items can be washed multiple times without losing the antimicrobial and therefore anti-odour property (stock image)

‘But through carefully optimizing our testing methods, we found that the coating neutralises everything we tested it on.

‘So Ag/TA could be useful in hospitals and other ideally sterile environments.’

The full findings have been published today in the journal Scientific Reports.

The chemical culprit behind body odour has been identified, scientists reported in 2020.

An enzyme made by bacteria which reside in human armpits has been found to produce the pungent scent we know as BO.

Dubbed the ‘BO enzyme’, it is made by bacteria called Staphylococcus hominis which humans inherited from our now-extinct ancient ancestors.

Researchers from the University of York worked with Unilever and discovered body odour has likely plagued Homo sapiens since we first evolved.

We inherited it from our more primitive predecessors and now the smelly bacteria call our armpits home.

Dr Gordon James, of Unilever, says: ‘This research was a real eye-opener.

‘It was fascinating to discover that a key odour-forming enzyme exists in only a select few armpit bacteria – and evolved there tens of millions of years ago.’

By identifying the specific odorous compound, academics believe they can create deodorants that neutralise the enzyme, eradicating BO.

Dr Michelle Rudden, from the University of York’s Department of Biology, said: ‘Solving the structure of this “BO enzyme” has allowed us to pinpoint the molecular step inside certain bacteria that makes the odour molecules.

‘This is a key advancement in understanding how body odour works, and will enable the development of targeted inhibitors that stop BO production at source without disrupting the armpit microbiome.’

The enzymes produced by the bacteria latch onto odourless compounds made by the body’s apocrine glands.

These are in the skin and produce sweat and open into hair follicles. They are only found under the arm, around the nipple and external genitalia.

Human’s also have eccrine glands which are all over the body and do not open into hair follicles.

While eccrine glands are known to be useful in thermoregulation, little is known about the hairy apocrine glands except that they are smelly and hairy.

Scientists know bacteria live there and this microbiota is essential to their functionality.

The study, published in the journal Scientific Reports, found odourless precursor chemicals secreted from the glands are sliced up by the enzyme.

This transforms the harmless, odour-free chemicals into a thioalcohols, which the researchers describe as ‘most pungent volatiles’ in sweat despite being found only in trace levels.