Easy as pi: Scientists calculate pi to a new record of 62.8 TRILLION figures and it only took them 108 days – 3.5 times faster than the previous record in 2020

Pi has been calculated to an astonishing 62.8 trillion figures by a team of Swiss scientists who spent 108 days working it up – 3.5 times as fast as the previous record.

The previous record was calculated to 50 trillion figures, and was set in 2020, said experts from Graubuenden University of Applied Sciences in Chur, Switzerland.

Researchers haven’t revealed the exact numbers involved in the extra 12.8 trillion digits, as they are waiting on the Guinness Book of Records to certify their achievement, but say the final 10 digits they discovered are ‘7817924262’.

The number π (pi) is a constant in mathematics that is roughly equal to 3.14159, and is the ratio of a circle’s circumference to its diameter.

The previous record of 50 trillion digits was set by Timothy Mullican from the US, who achieved the feat after eight months of processing in January 2020.

The quest to push the upper boundary of pi helps scientists test supercomputers and develop algorithms that can be used in advanced data analysis. 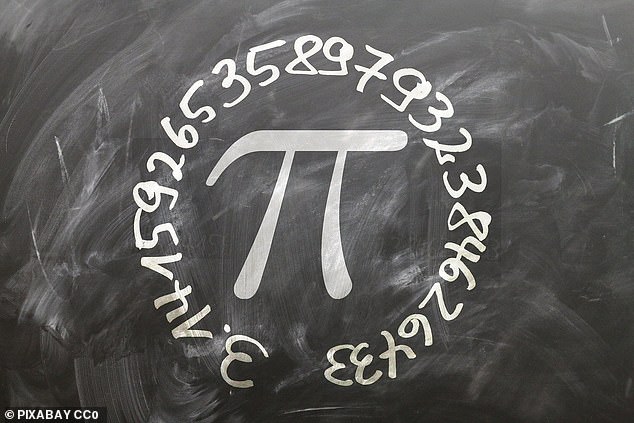 The previous record was calculated to 50 trillion figures, and was set in 2020, said experts from Graubuenden University of Applied Sciences in Chur, Switzerland 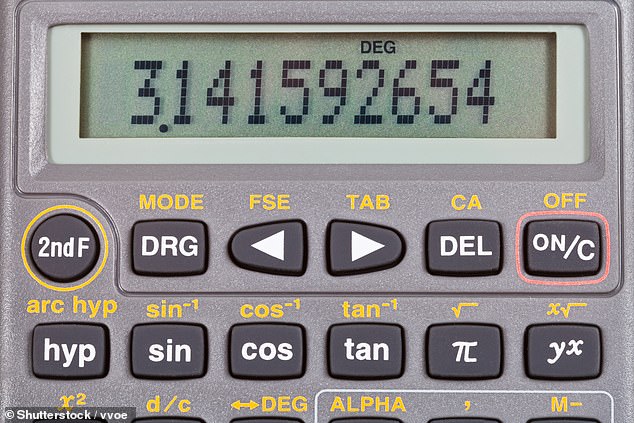 Pi has been calculated to an astonishing 62.8 trillion figures by a team of Swiss scientists who spent 108 days working it up – 3.5 times as fast as the previous record

As a transcendent number it is impossible to specify Pi exactly as a decimal point.

This has led to a race to create the most accurate calculation.

With the invention of calculus in the 17th Century, mathematicians were able to get to hundreds of digits.

This was enough for all practical uses in science, engineering and maths.

In the 20th and 21st Century the race for pi has become a useful tool for testing supercomputers.

The invention of calculus in the late 17th Century, independently by Isaac Newton and Gottfried Leibniz, allowed scientists to calculate pi to hundreds of digits.

With the invention of computing devices in the 20th Century, the race began to increase the accuracy and push computers to their limit.

As well as being useful in mathematics and science, pi is also used every day by engineers and craftsmen.

What is mathematically interesting is that pi has no regularity or repetition.

This means that it is impossible to specify pi exactly as a decimal point.

This makes it a ‘transcendent’ number, according to the Swiss data scientists.

Recently the world record for pi digits has switched between Swiss and US researchers.

He said the reason for attempting to break the record in the first place was to test the limits of his hardware.

Mullican has since turned his machines over to STEM research and a series of university projects, after using the pi search to set their upper limits.

The calculation of 62.8 trillion decimal places has been running on a high-performance computer at the Competence Center for Data Analysis, Visualisation and Simulation (DAViS) in Switzerland since April 28, 2021.

The machine used to make the calculation has a terabyte of ram, 510 terabyte hard drive and solid state drives running the operating system.

While the RAM is larger than a desktop PC, it alone isn’t enough to achieve trillions of digits of pi, so scientists rely on algorithms to speed up the process.

‘As a final step, the program then uses a special mathematical algorithm to check the correctness of the number,’ the team said in a statement. 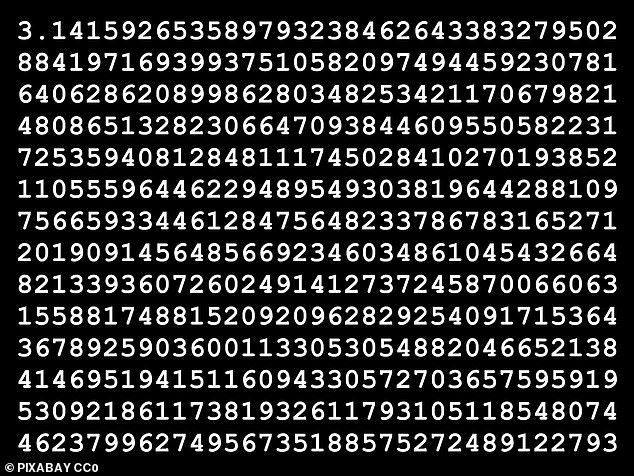 Researchers haven’t revealed the exact numbers involved in the extra 12.8 trillion digits, as they are waiting on the Guinness Book of Records to certify their achievement, but say the final 10 digits they discovered are ‘7817924262’

‘If the calculated number turns out to be correct, the team from the University of Applied Sciences Graubünden will have the record attempt entered in the Guinness Book of World Records.

‘The most precise calculation of the circle number pi is an unofficial benchmark in high-performance computing.

‘This not only requires the right hardware, but also, in particular, the expertise to set up this hardware correctly, to adapt it to the software used and to run such a calculation for weeks without problems.’

They said that while the extra pi digits don’t have an immediate application, the system they used to discover it could be applied in other areas like ‘RNA analysis, simulations of fluid dynamics and textual analysis’.

‘High-Performance Computing (HPC), as it is necessary for the calculation of mathematical constants, is used today in many areas of applied research and development,’ they added.