For centuries, even as far back as the ancient Greeks, scientific belief was that everything – you included – was constructed of atoms, the tiniest building blocks of the universe. It was later discovered that these atoms were constructed of electrons, protons and neutrons. More recently scientists found the sub-atomic particles themselves were made up of tinier bits known as quarks. So far, so normal-ish.

But now cutting edge science has theorised that even these quarks – indeed everything in the universe from your body to light and gravity – is made of incomprehensibly small vibrating strings.

The strings are actually like closed loop rubber bands – and even weirder they spill over into a truly mind-bending 11 dimensions.

The human brain can usually deal with three dimensions in space and just about throw in the extra dimension of time. But 11 is almost impossible to compute. 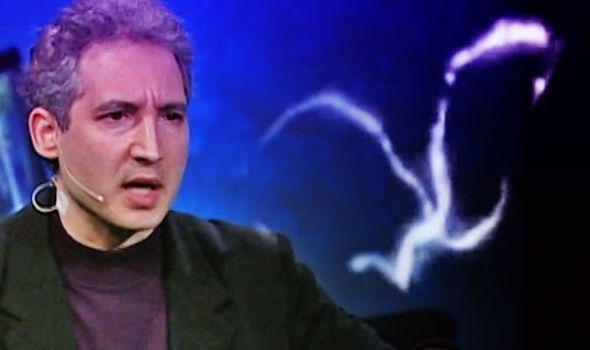 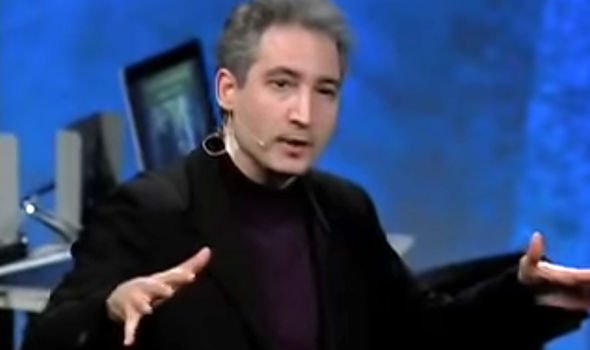 But this is what a growing number of scientists now believe.

Brian Greene, theoretical physicist and professor at Columbia University in New York said: “There could be many dimensions curled up so small we don’t even see them – dimensions so small they have so far remained invisible.

“In our era a new approach to unifying the laws of physics is being pursued and it’s called superstring theory.

“We are trying to discern the basic fundamental, indivisible, un-cuttable constituents making up everything in the world around us.

“Deep inside any particle there is a dancing filament of energy which looks like a vibrating string.

String theory is being practically investigated at the Large Hadron Collider at CERN where scientists hope to smash particles into each other at such massive speeds that some fragments are pushed into another dimension.