Barnaby Domigan, nine, found the monstrous creature in a stream outside his family’s home in Christchurch, New Zealand. According to an expert, worms of this size are not unprecedented — but it is extremely rare to find them in a household garden. Barnaby’s father, Chris, photographed him with the many-feet long creature before it was released back into nature.

Barnaby’s mother, Jo, said: “He was amazed and absolutely in shock that a worm could be so big, and he was very excited.”

The discovery, she explained, occurred when “Barnaby was playing in our garden with his siblings — Frankie, Pearl, Abraham and Remi.

“He was exploring the water to see if there was anything interesting in there and when he found the giant worm he used a stick to pull it out. He called my husband over to quickly take the photo.

“We didn’t measure it, but he thinks it was as long as both his arms so we imagine it was around one metre long.” 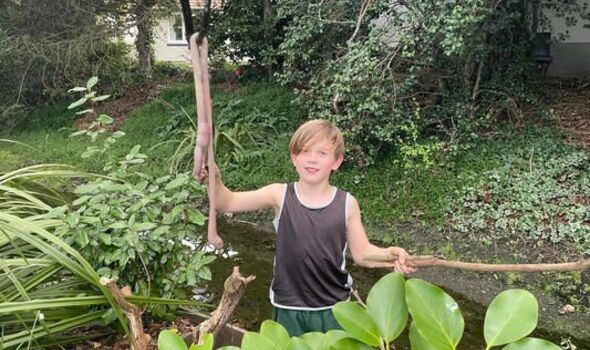 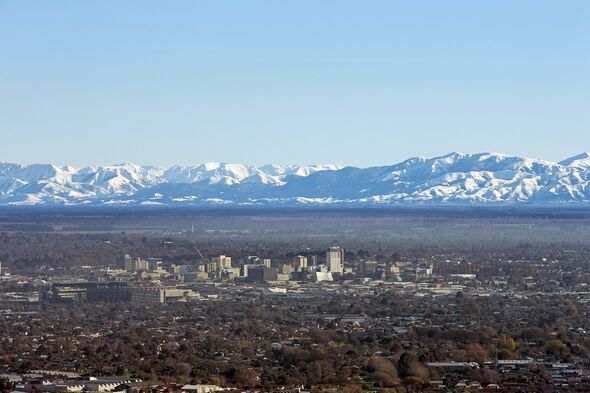 Young Barnaby reportedly wanted to keep his unusual find — but his parents were not keen.

Mrs Domigan said: “So he put it back on the edge of the water, where he found it.

“Then I put a picture on Facebook that night, and the next day when we discovered how interested everyone was, we went back out to find it but it had gone.”

The worm, she added, is “presumed to have floated away”. 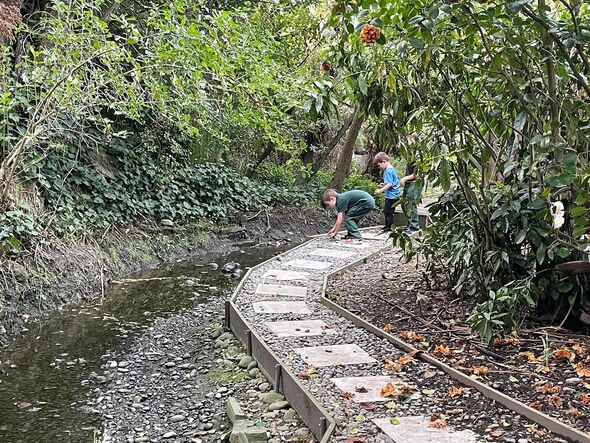 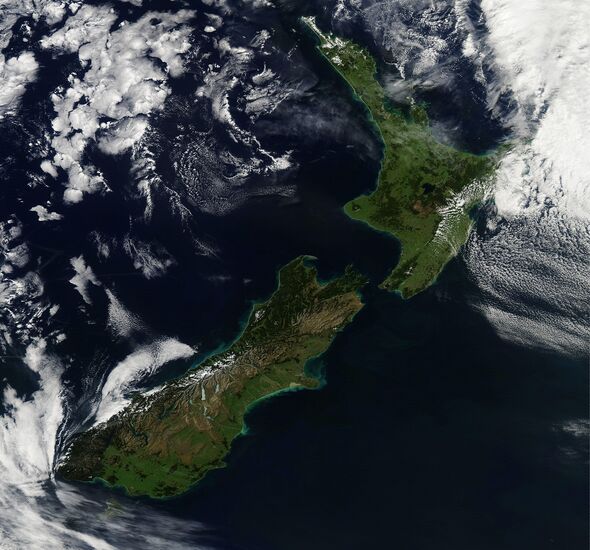 There are several species of worm that live in New Zealand that are capable of growing to more than 12 inches in length.

In fact, the largest species — Anisochaeta gigantea, the “North Auckland worm” — is capable of growing up to 4 feet 7 inches long.

Entomologist John Marris of New Zealand’s University of Lincoln said that the giant worms were typically found in undisturbed areas like forests — and it was rare to find them within a domestic garden.

He told Stuff.co.nz: “There are some very large native earthworms known — a metre [3.3 feet] isn’t beyond the borders of reason.” 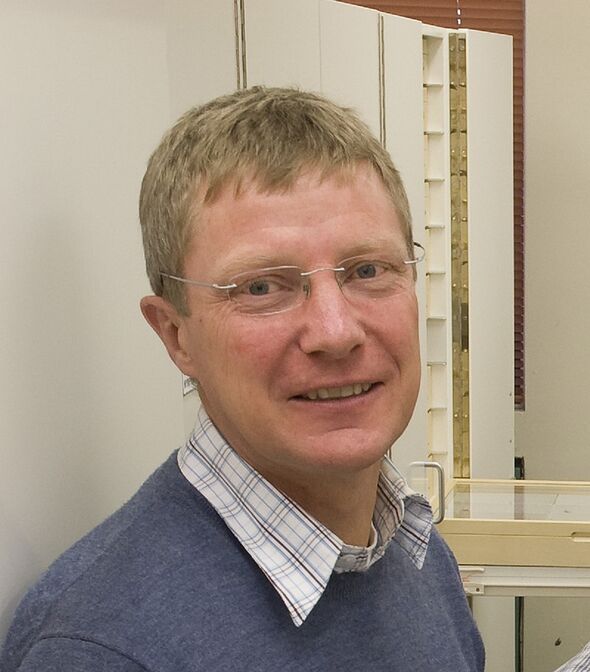 Barnaby has reportedly been loving the media attention resulting from his discovery — both from within New Zealand and beyond.

Mrs Domigan said: “He thinks it’s wonderful. He has really enjoyed all the radio and television interviews and is very excited by how interested the whole world has become.

“We are so glad that a child out exploring nature has become a global story! He feels very, very grateful that he was the person who got to find this amazing worm.”