Europa is the smallest of the four Galilean moons orbiting Jupiter, and the sixth-closest to the planet of the 79 that have been identified by NASA. Slightly smaller than Earth’s Moon, Europa is primarily made of silicate rock, has a water-ice crust and what researchers think is an iron-nickel core. It has a very thin atmosphere, composed primarily of oxygen and its smooth surface has led scientists to hypothesise that a water ocean exists beneath the surface, which could conceivably harbour extraterrestrial life.

But it was revealed on the Science Channel’s ‘NASA’s Unexplained Files’ how this speculation became a strong probability after NASA investigated a series of mysterious red lines that criss-cross the moon.

The series detailed in 2014: “New discoveries suggest extraterrestrials may be closer than we think.

“Less than half-a-billion miles from Earth, could creatures be living on an icy world scared red by mysterious bloody lines?

“In 1995, the Galileo probe explores Jupiter, but the gas giant is not NASA’s sole target. 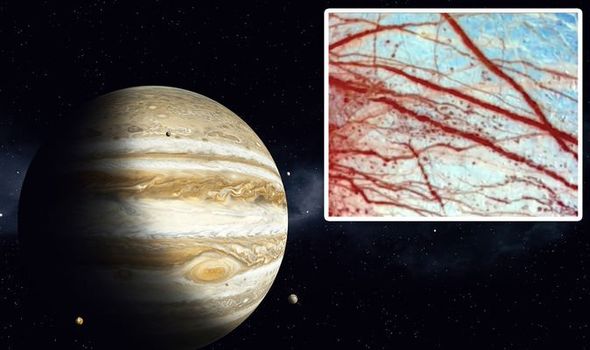 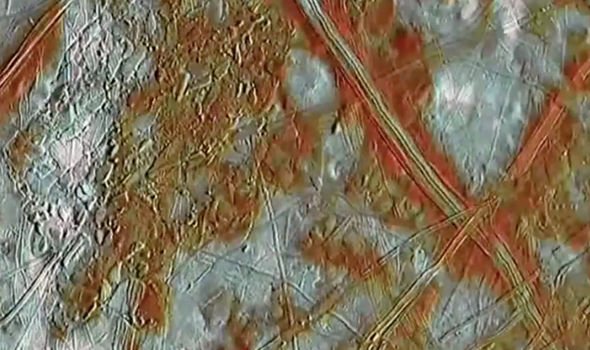 “Blood-red veins criss-cross the moon’s icy surface, some bearing an uncanny resemblance to roads on Earth, others chillingly similar to the Martian Red Weeds in War of the Worlds.

In 2001, NASA scientist Brad Dalton took a closer look by measuring the infrared chemical signature from Europa and comparing it with samples taken from Yellowstone National Park.

He said: “It has this strange reddish tint that looks kind of like rust, but it also looks a lot like some kind of slime. 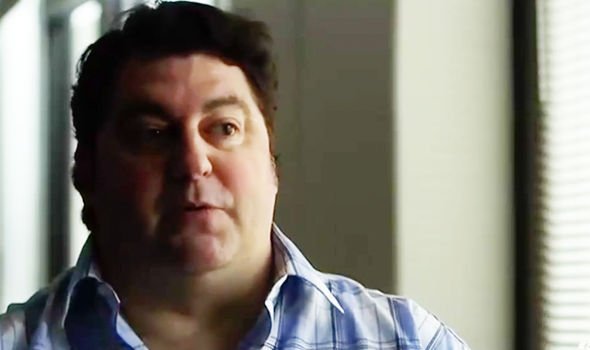 “It occurred to me that we have certainly seen all kinds of forms of life that have that reddish-brown pigmentation here on Earth, so why couldn’t some microbes out there be providing this colourisation?

“Wouldn’t you know it, the infrared test matched up almost perfectly, the features we see on Europa could be explained by life.

“It was all scary how well it matched.”

But, Hubble astronomer Dr Neill Reid had another theory.

He said: “There’s actually a lot that we don’t understand about the environment on Europa. 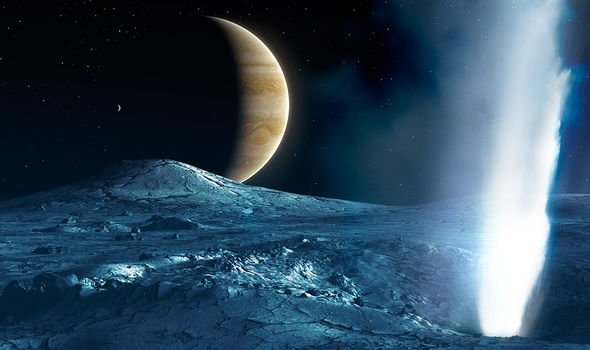 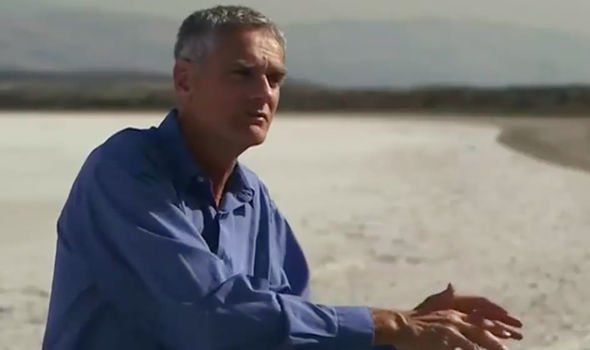 “The fact that the streaks are red means that they’ve got a particular kind of chemical in them.

“The speculation is that it is probably sulphur that’s contributing to the redness of those streaks.

“If you find water, then that’s the first step in saying that there could be life here.”

In 2013, more evidence of a subterranean ocean emerged when Hubble spotted water gushing out of the moon near its south pole.

The finding led NASA scientist Chris McKay to theorise that organisms found on Earth known as extremophiles may also be on Jupiter’s moon.

He said: “Extremophiles are organisms that live in environments that we humans would not want to live in.

“So life on Europa could indeed look like what we see on Earth.

“Small moons seem to be where it’s at.”