The news comes as at least 18 people were killed and many more injured following a series of long-range missiles slammed down onto the mall in the central city. Recovery efforts were soon underway with fears the death toll could rise as reports confirmed thousands of people were shopping at the time of the strike.

Dramatic footage circulating on social media shows people in a nearby park running for their lives as debris rained down following the strike.

Yet the latest Ministry of Defence (MoD) intelligence report suggests the target may not have been the mall.

According to the report: “There is a realistic possibility the missile strike on the Kremenchuk shopping centre on June 27 was intended to hit nearby infrastructure target.”

It continued: “Russia’s inaccuracy in conducting long-range strikes has previously resulted in mass civilian casualty incidents, including at Kramatorsk railway station on April 9.” 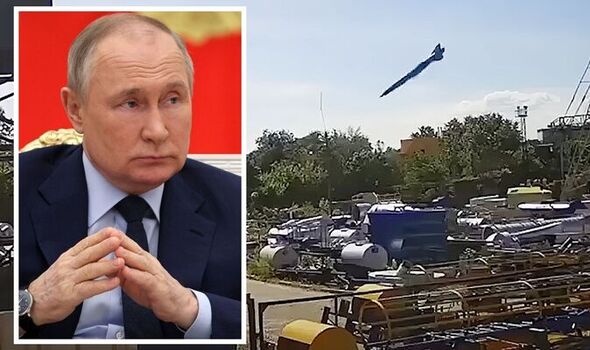 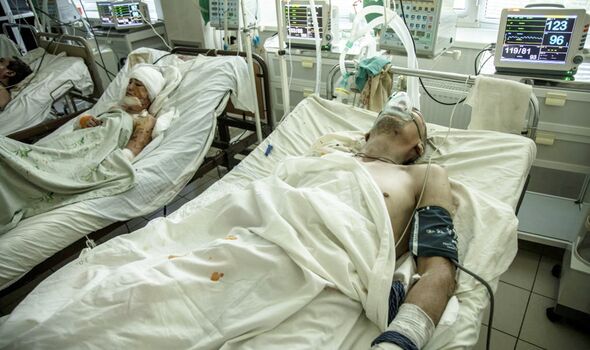 In a worrying statement, the report continues by suggesting: “Russian planners highly likely remain willing to accept the high level of collateral damage when they perceive military necessity in striking a target.”

Speaking of Russia’s fast diminishing supply of modern weapons as it turns to Soviet-era munitions, the report also suggested more civilians will be killed in a similar fashion.

It read: “It is almost certain Russia will continue to conduct strikes in an effort to interdict the resupplying of Ukrainian frontline forces. 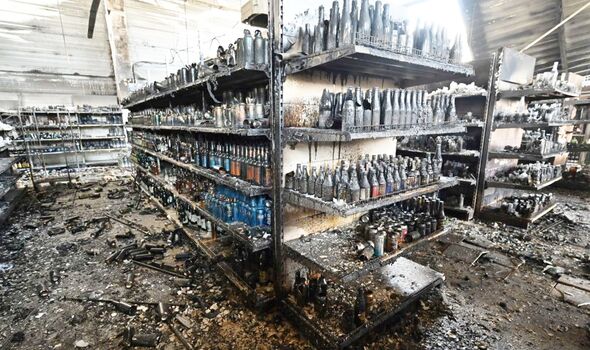 The latest fighting continues in the city of Lysychansk according to the MoD.

It states: “Russian forces continue to make incremental advances in their efforts to encircle the town of Lysychansk.

“Since June 25, Russian forces have advanced a further 2km near the Lysychansk oil refinery, south of the town.”

Speaking of the attack on the shopping centre, Dnipropetrovsk regional governor Valentyn Reznychenko wrote on the Telegram app that Russia fired six missiles, three of which were shot down.

Railway infrastructure and an industrial enterprise had been destroyed and a services company was burning. 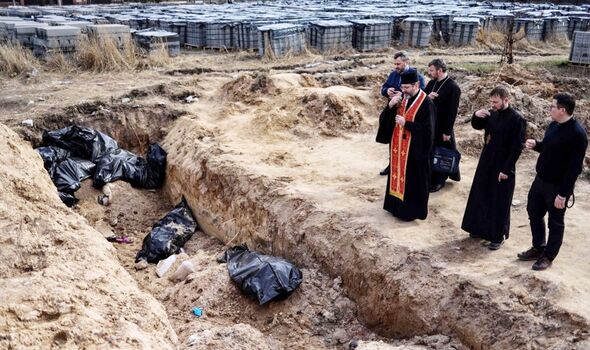 Many are labelled the attack on the shopping centre as a war crime, one of many Russian troops and officials have been accused of since the start of the war.

Ukraine has repeatedly called for more defence equipment faster as it attempts to protect the skies above Ukraine from Russian missiles as ground forces struggle to advance.

Russia’s defence ministry said its missiles had struck a nearby arms depot storing Western weapons, which exploded, causing the blaze that spread to the nearby mall.

Kyiv said there was no military target in the area.

Don’t forget to share your views on this story in our comments section below. 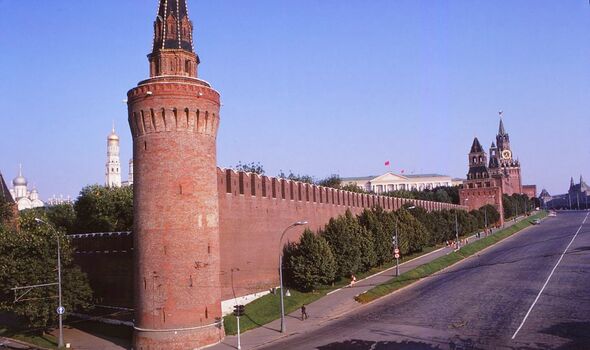 Russia described the shopping centre as disused and empty.

One person in the mall at the time, Ludmyla Mykhailets told Reuters: “I flew head first and splinters hit my body.

“The whole place was collapsing.”

Russia denies intentionally targeting civilians in a war that has killed thousands of people and driven millions from their homes.