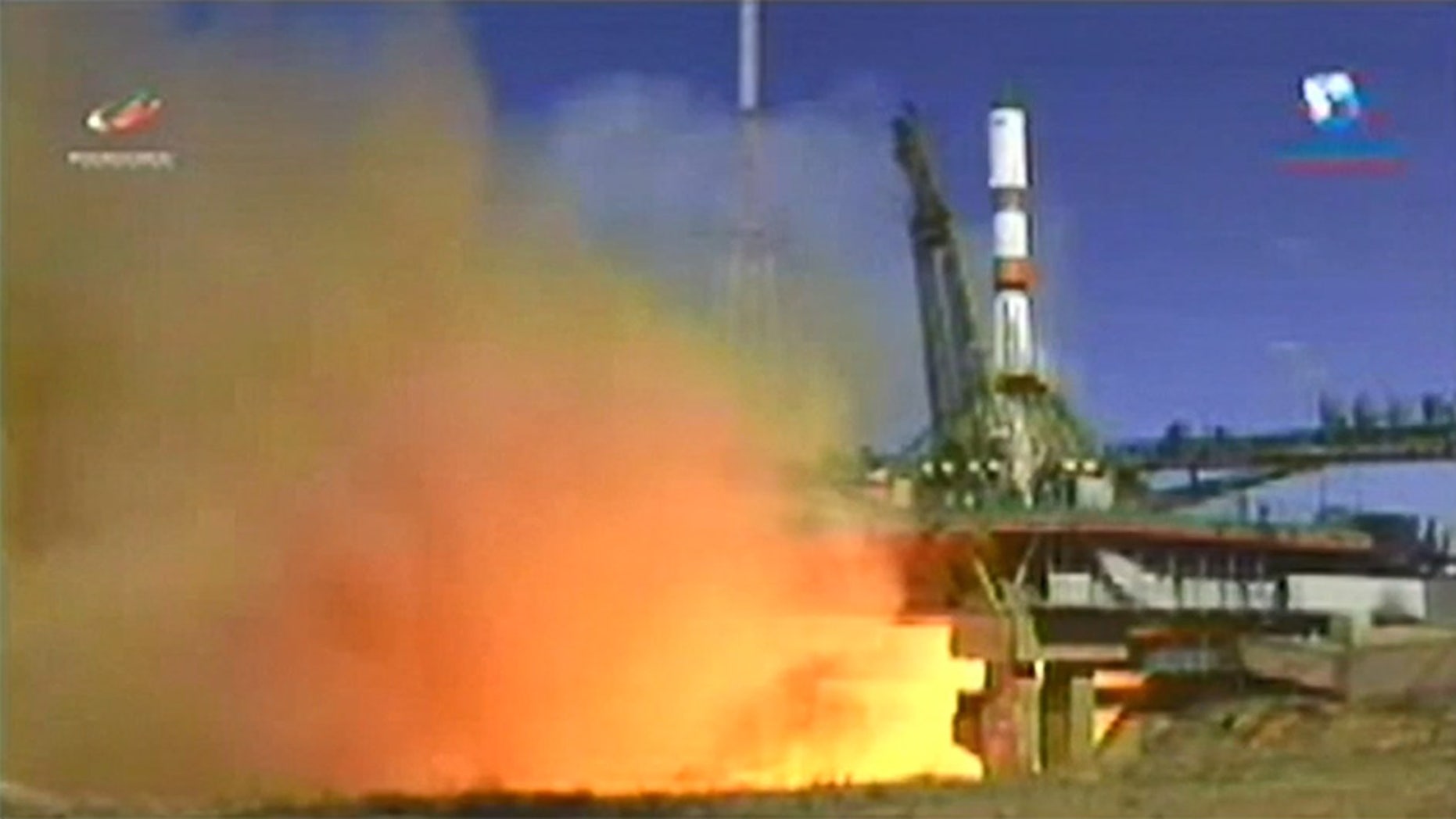 Russia’s Progress 72 resupply ship blasts off on time from Kazakhstan to the International Space Station.
(Roscosmos)

A Russian cargo aircraft lifted off from a Kazakhstan air base Thursday and is set to dock at the International Space Station to deliver more than 3.5 tons of food, fuel and supplies to the six astronauts living on the floating space lab.

The unpiloted Russian Progress 72 will dock at the ISS at approximately 10:25 a.m. EDT, NASA said. The cargo craft launched from the Baikonur Cosmodrome in Kazakhstan at 7:01 a.m. EDT, reached preliminary orbit and deployed its solar arrays and navigational antennas.

"This was a perfect launch, right on time," NASA spokesperson Rob Navias said during live commentary. "A flawless ascent."

NASA began live coverage at 9:45 a.m., broadcasting the aircraft traveling Earth’s orbit two times before docking at the ISS, where it will remain docked for three months. The Progress 72 will depart the station in July and re-enter the Earth's atmosphere.

Progress 71 is on course to complete the supply delivery in record timing. Russia’s Roscosmos space agency only attempted to deliver supplies to the space station using this type of aircraft once before, reported Space.com. Previously, the Progress traveled for two days before reaching the orbiting laboratory.

Included in the shipment are 104 pounds of oxygen and air, 926 pounds of water and 3,117 pounds of spare parts and other gear. There are also 3,375 pounds of propellant, Space.com added.

The Russia cargo craft will complete the first of three supply deliveries to the International Space Station this month. Northrop Grumman’s Antares rocket with its Cygnus cargo spacecraft is scheduled to blast off from Pad 0A of Virginia Space’s Mid-Atlantic Regional Spaceport at NASA’s Wallops Flight Facility on Virginia’s Eastern Shore on April 17, reported NASA.