The news comes as Russian state television continues to deliver veiled threats of using nuclear weapons against Western nations that interfere in the ongoing assault on Ukraine. NATO members have placed forces on high alert amidst fears of the conflict spilling into mainland Europe, placing as many as 300,000 troops on standby in the region. Russian President Vladimir Putin has also upped the rhetoric surrounding nuclear weapons, stating his SATAN 2 hypersonic missile will be imminently ready for deployment. This week, a Russian Navy “doomsday” submarine was delivered to the forces armed with a strategic nuclear torpedo the size of a school bus according to an announcement by a Russian shipyard.

Project 09852 Belgorod is based on a Russian Oscar-class guided-cruise missile submarine that has been altered to accommodate six 80-foot Poseidon nuclear torpedoes that could be armed with a warhead of up to 100 megatons, according to the USNI media outlet.

The type was delivered to the Russian Navy in a ceremony in the fleets Northern Headquarters in the port city of Severodvinsk on Friday.

“The ship is designed to solve diverse scientific problems, conduct search and rescue operations, and can also be used as a carrier of rescue deep-sea and autonomous unmanned underwater vehicles.” 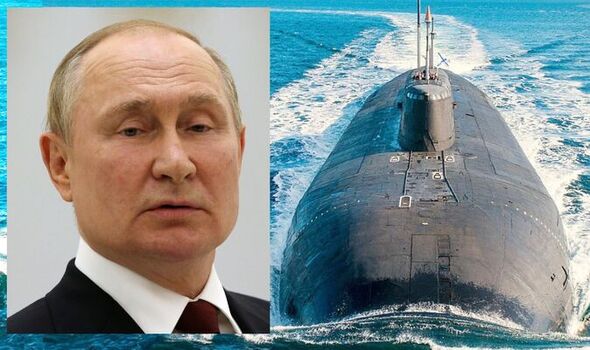 Poseidon, first revealed in 2015, is a nuclear strategic weapon that would have a range of thousands of miles and would “destroy important economic installations of the enemy in coastal areas and cause guaranteed devastating damage to the country’s territory by creating wide areas of radioactive contamination, rendering them unusable for military, economic or other activity for a long time,” according to a translation of a Russian presentation on the equipment.

Russia has previously threatened it could use it to wipe out the UK with a nuclear tsunami 500 meters tall.

Dmitry Kiselyov, the anchor of a Russian state-television show, warned that Moscow’s Poseidon drone can trigger a giant 500-metre tidal wave of radioactive seawater that could batter Britain and turn it into a wasteland.

He said on Channel One’s Sunday evening show: “The explosion of this thermonuclear torpedo by Britain’s coastline will cause a gigantic tsunami wave.” 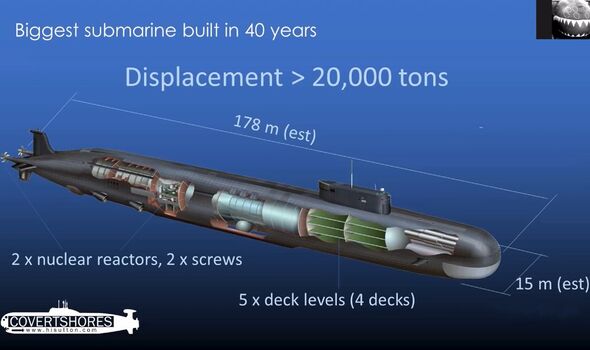 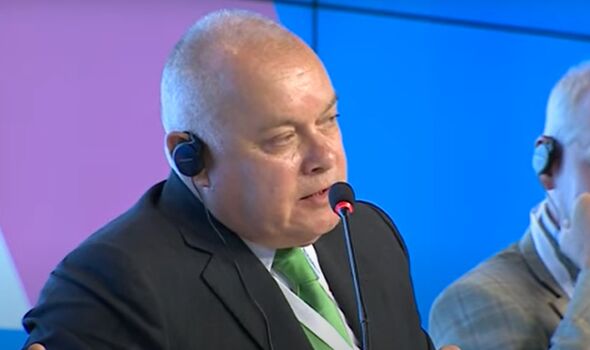 The torpedoes, which can hurtle through the water undetected at 80 mph, are designed to destroy enemy naval bases in an instant.

Putin claimed that the subs have “hardly any vulnerabilities” and carry a “massive nuclear ordinance”.

He said: “There is simply nothing in the world capable of withstanding them.”

Russians have long complained about the strategic imbalance of American ballistic missile defence systems in Europe. 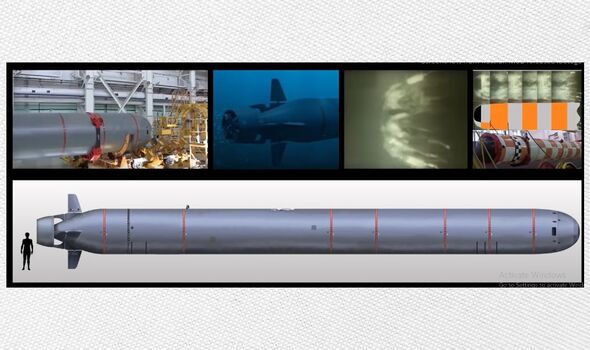 Poseidon and Belgorod were created to mute the US BMD advantage by creating a nuclear weapon that could duck under a US BMD screen.

The GUGI boats operate from an isolated Arctic base on the Kola Peninsula on the Barents Sea.

The vessel can also serve as a mothership for a variety of crewed and unmanned submarine missions. 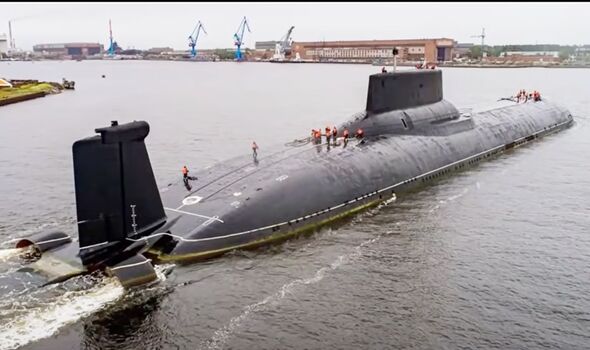 Russia currently enjoys a fleet of over 70 submarines, the majority of which are both nuclear powered and carry nuclear weapons.

On the surface, the Russian Navy boasts around 220 vessels, including the flagship aircraft carrier the Admiral Kuznetsov, itself, capable of carrying 30 aircraft.

The United States is second with 5,428 warheads.