Authorities in the port city of Novorossiysk on the Black Sea introduced a state of emergency on Tuesday, June 28, after a deep-sea mine was discovered off the coastline of one of its districts. Ships have been warned to avoid the area where the 1943-type mine was found.

The mine weighs 8.8 kg and cannot be moved, meaning authorities plan to destroy it on the spot in the next two days.

A resolution by the city’s governor Andrey Kravchenko shared online said the state of emergency will be in effect until the destruction of the landmine.

Ships have also been banned from moving with the emergency zone in Novorossiysk’s seaport.

The mine was discovered near a oil pipeline in the port, prompting authorities to bring in a shut down until it is destroyed, Russian outlet Tass reported.

A planned shut down of two of the pipeline’s remote mooring units was already due to take place from June 15 to June 25 due to other sea mines that have been discovered in the area. 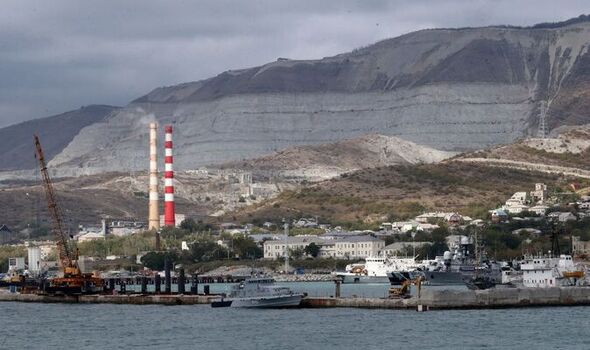 Russian authorities have been forced to restrict oil shipments to the port city in recent weeks due to the discovery of sea mines.

The Caspian Pipeline Consortium, which transports Caspian oil from an oil field in Kazakhstan to the Novorossiysk-2 Marine Terminal on the Black Sea coast, had to halt operations at two of the terminal’s three marine loading buoys on June 15 to allow authorities to carry out a seabed mine survey.

The survey is now scheduled to be completed on July 5, according to the Energy Ministry.

The ministry added that shipments of oil from Kazakhstan “have been reduced slightly, however, remain within the agreed schedule”.

Oil is transported to Novorossiysk from Kazakhstan for export to international markets.

Navigation of the Black Sea has become increasingly treacherous in recent months since Russia invaded Ukraine on February 24.

The Russian navy has been given orders to lay mines at the ports of Odesa and Ochakiv, according to US intelligence, and has already mined the Dnieper River as part of a blockade of Ukrainian grain exports.

US officials said intelligence has outlined a Russian strategy to cut off the stretch of the coast that is still under Ukrainian control.

A US official said: “The United States has information that the Black Sea fleet is under orders to effectively blockade the Ukrainian ports of Odesa and Ochakiv.

“We can confirm that despite Russia’s public claims that it is not mining the north-western Black Sea, Russia actually is deploying mines in the Black Sea near Ochakiv.

“We also have indication that Russian forces previously mined the Dnieper River.

“The impact of Russia’s actions, which have caused a cessation of maritime trade in the northern third of the Black Sea and made the region unsafe for navigation, cannot be understated, as Ukraine’s seaborne exports are vital to global food security.”

The official pointed out that Ukraine supplied a 10th of global wheat exports and about 95 percent of those exports left the country through the Black Sea ports.

Russia has denied laying mines around the Black Sea ports, claiming instead that Ukrainians have mined their own ports.