Russia and China have committed to work together on a moon base and lunar space station, but it will not be ready to house astronauts until at least 2036, the two countries said.

Known as the International Lunar Research Station (ILRS), it will consist of a surface moon base and station in lunar orbit, with construction expected to start in 2026.

The two nations have asked other international agencies to join them in the project, which will also include rovers and ‘hopping robots’ to aid eventual inhabitants.

NASA is working with the European Space Agency (ESA), as well as Canada and Japan on the Lunar Gateway, a modular crewed space station designed to operate in orbit around the moon and help astronauts reach the lunar surface from 2024.

While Russia and China are working together on the moon, the two will compete in low Earth orbit, with both planning their own space station to rival the International Space Station (ISS). 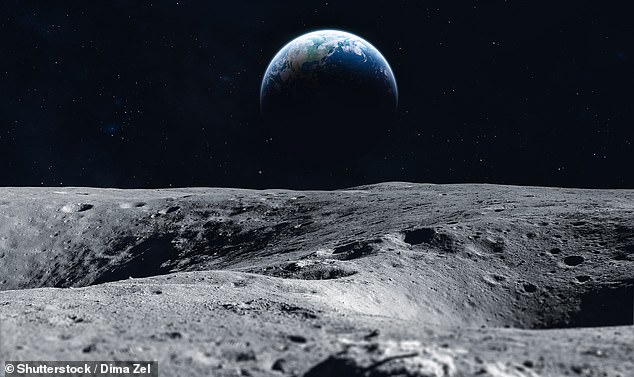 Russia and China have committed to work together on a moon base and lunar space station, but it won’t be ready to take astronauts until at least 2036, the group said

Known as the International Lunar Research Station (ILRS), it will consist of a surface moon base and station in lunar orbit, with construction expected to start in 2026

2021: Work starts to scout sites on the surface of the moon for a base

2025: The final location for the surface base will be announced

2026: Work begins building the base, including launches to send robotic instruments to explore the moon

2036: Initial construction of the base and orbiting stations to be complete

2036: The first joint astronaut missions from China and Russia to be sent to the lunar station

Roscomos, the Russian space agency, and the China National Space Administration (CNSA) announced the timeline for the new joint project at a space conference in St Petersburg on Wednesday and are in talks with ESA on a possible collaboration.

Thailand, Saudi Arabia and the United Arab Emirates, who recently sent a probe to Mars, are also said to be considering joining the lunar effort.

A memorandum on lunar research and development was signed between China and Russia in March, which is what sparked this project.

The first phase, starting this year, will see them scout the moon using probes to determine the feasibility, then in 2025 they will pick a site for the moon base.

They plan to build the base on the moon between 2026 and 2036, with the first astronauts travelling to the base once construction is complete.

The base will provide scientists with the technology and resources to study the typography chemistry and internal structure of the moon, the group claim.

There will also be a space station between the Earth and the moon to support surface activities, acting as a ‘go-between’ for traffic between the two.

It is not yet known exactly when astronauts will be able to live on the lunar surface, as the initial operations are expected to be purely robotic, but the group say it is designed to support human exploration in the future.

‘We will also do a lot of preparatory work and research work in this aspect,’ Yanhua said at the space conference, as reported by Space.com. 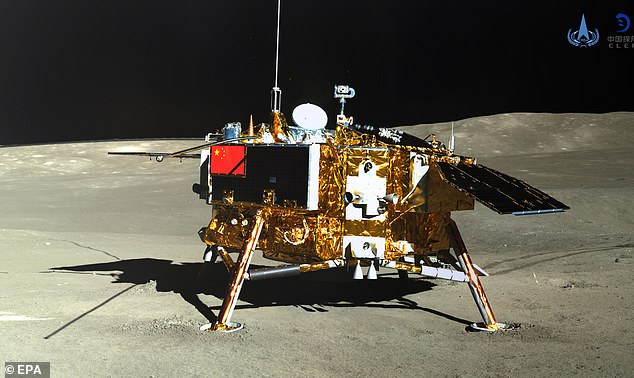 NASA is working on a project to build the first lunar space station. The Lunar Gateway is part of a long-term project to send humans to Mars.

It is designed to act as a solar powered communication hub, science laboratory and home to astronauts and scientists studying the moon.

It will also act as a holding area for rovers, robots and crewed spacecraft heading to the lunar surface.

The first module, HALO, covering logistics and habitat, is scheduled to launch on a SpaceX Falcon 9 rocket in 2024, with others to follow later.

This is different to the NASA Lunar Gateway, which will act as a research station in its own right, sit in lunar orbit and provide a staging post for crewed lunar landings.

The first module of the Lunar Gateway will launch from Earth in 2024 atop a SpaceX Falcon 9 rocket – a launch expected to cost NASA at least $300 million.

The Lunar Gateway forms part of the NASA Artemis mission, which could see the first woman and first person of colour sent to land on the lunar surface in 2024.

Artemis is designed to ‘make lunar exploration more sustainable’ and could include crewed missions to the surface of Mars from the mid-2030s.

Russia says it plans for the ILRS to be ‘open to everyone interested’ which includes both national space agencies and private companies.

It is a busy time in space for both Russia and China, with both agencies building their own space station and stepping up human launches.

China already has the first module of the Tiangong space station, Tianhe, up in orbit and crewed by three astronauts that launched from Earth yesterday morning. 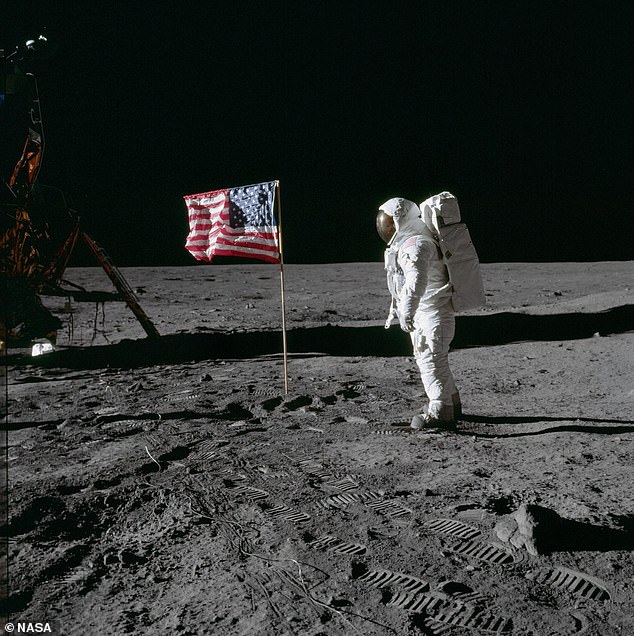 So far NASA is the only agency to send astronauts to the moon, including Buzz Aldrin (pictured from Apollo 11) but Europe, China and Russia all expect to send humans to walk on the lunar surface by the middle of the next decade

Unlike Russia, China isn’t involved in the International Space Station, due in part to concerns by the US over the close links between the Chinese military and its space program.

Russia is also working on its own space station, with construction of the first module underway, and expected to launch by the middle of the decade.

Like the ISS and Tiangong, it will operate in low Earth orbit and is expected to include a ‘tourist module’ to help fund its operation by accepting rich space-tourists.