Ancient Roman villa packed with rare mosaics is unearthed under a block of apartments at foot of the Aventine Hill where the upper classes lived 2,000 years ago

An ancient Roman villa — resplendent with beautifully preserved black-and-white mosaics — has been unearthed under a block of flats at the foot of the Aventine Hill.

Archaeologists first exposed the remains of the home — a so-called ‘domus’ that would have belonged to members of the upper class — in Rome back in 2014.

Hidden for some two millennia, the now-subterranean villa contained various Roman artefacts — including oil-burning lamps, a key, a hammer, a water tap and a hairpin.

Other finds included an amphorae containing garum — a fermented fish sauce — and bowls decorated with depictions of the goddess Athena and the hero Hercules.

Excavations also revealed a defensive wall from the time of the Roman republic (509–27 BC) and parts of an older stone tower, dating back to the 8th Century BC. 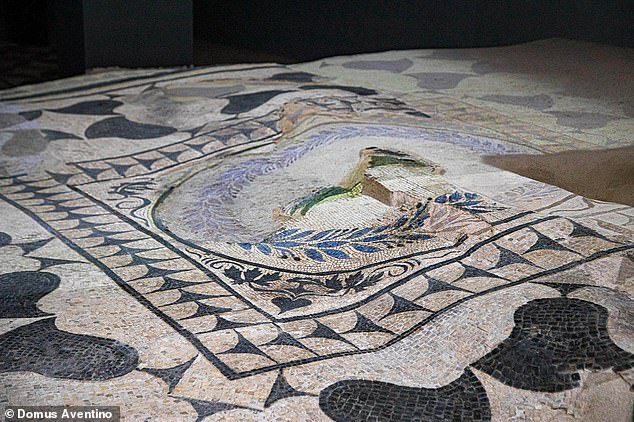 An ancient Roman villa — resplendent with beautifully preserved mosaics, pictured — has been unearthed under a block of flats at the foot of the Aventine Hill 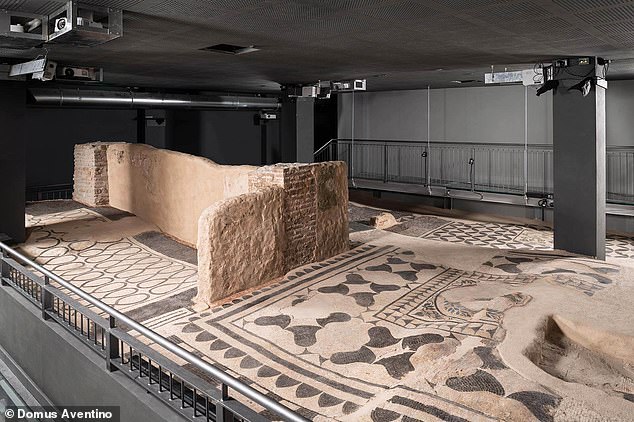 Archaeologists first exposed the remains of the home, pictured — a so-called ‘domus’ that would have belonged to members of the upper class — in Rome back in 2014

The remains were unearthed when engineers began earthquake proofing the apartment complex, which was built on the site in the 1950s.

In its heyday the villa would have stood in an area of Rome populated, as today, with wealthy citizens and close to the Circus Maximus — the famous chariot-racing stadium and entertainment venue.

It would have been overlooked by the Aventine Hill, one of the seven hills on which ancient Rome was built, and — according to myth — the hill on which Remus wanted to begin construction of the city before he was killed by his brother Romulus.

The Aventine was originally home to the plebeians — the general citizenry — but by the time of the empire had instead become the residence of aristocrats and the patricians — the wealthy upper class — with an important port on the river Tiber.

‘You can see from the richness of the decorations and the mosaics that the villa belonged to a powerful person, probably linked to the imperial family,’ Rome’s senior cultural heritage official, Daniela Porro, told the Telegraph.

‘Rome never ceases to surprise us. It’s an archaeological jewel,’ he added.

The excavations found six different layers of remains — laid down over a period of two centuries — including one mosaic which features a bright green and red parrot and other depicting a grape vine growing from a ceramic pot.

Another features a repeated pattern of figure eights — unusual for the time.

‘We’ve not seen it before,’ architect Roberto Narducci who took part in the excavation told the Telegraph. 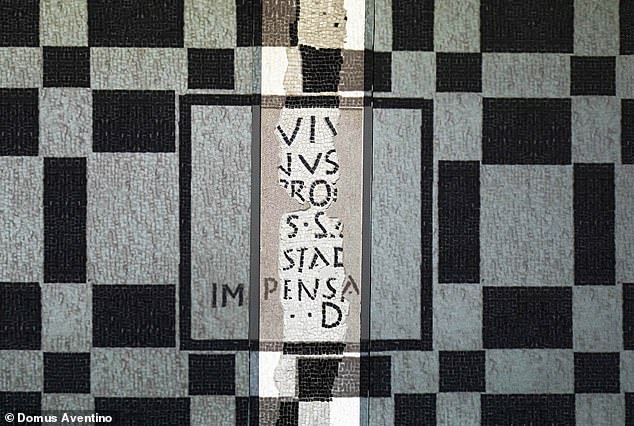 Hidden for some two millennia, the now-subterranean villa contained various not only mosaics, pictured, but assorted Roman artefacts — including oil lamps, a key and a hairpin 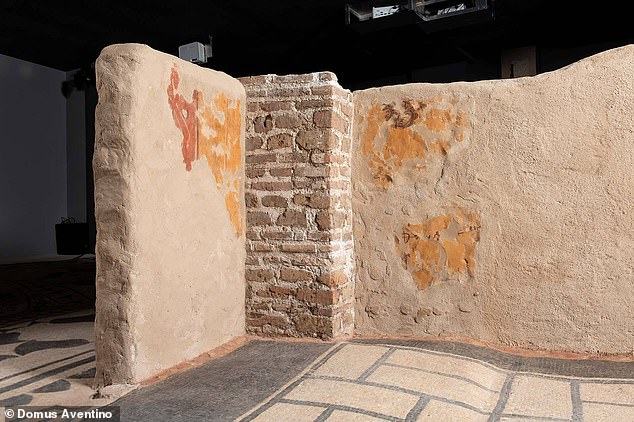 Other finds from the site, pictured, included an amphorae containing garum — a fermented fish sauce — and bowls decorated with images of the goddess Athena and the hero Hercules 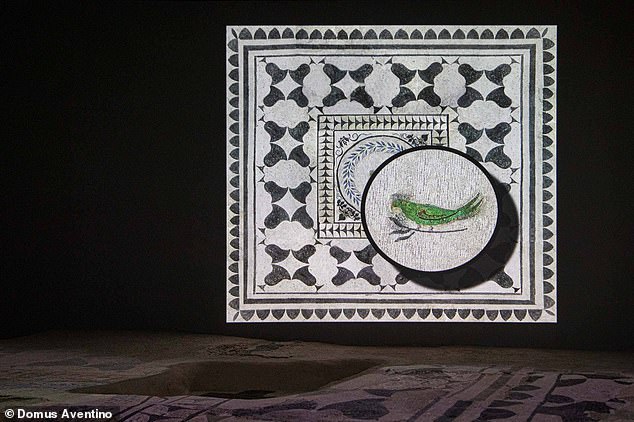 The excavations found six different layers of remains — laid down over a period of two centuries — including one mosaic which features a bright green and red parrot, pictured, and other depicting a grape vine growing from a ceramic pot

Following six years of archaeological excavation and preservation, the villa is to be opened to the public in the form of a subterranean museum.

Visitors will be able to access the exhibit by entering the modern apartment complex that stands over it and taking a flight of stairs down from the central courtyard.

The walls of the space now enclosing the villa are illuminated with video projections of a Roman senator and his wife walking amid marble busts and ornate furnishings.

‘It’s quite a challenge to allow access to the site, while protecting the privacy of the condominium’s residents,’ Anselmo De Titta — director general of BNP Paribas Real Estate, which owns the site and funded the £2.7 million dig — told the Telegraph.

‘It will be open to the public at least two days every month and more if there is the demand,’ he added.

THE MYTH OF ROME’S FOUNDERS: ROMULUS AND REMUS

In Roman mythology, Romulus and his twin brother Remus were left in a basket on the River Tiber.

In legend, they were the sons of Rhea Silvia, the daughter of Numitor, the former king of Alba Longa.

Through this lineage, the twins were descended from the Trojan hero Aeneas and Latinus.

A she-wolf found the twins at the the base of a fig tree after their mother was forced to abandon them.

The wolf cared for the boys and raised them. letting them suckle on her.

They learned of their true ancestry as they grew up and overthrew Amulius, the man who forced them to be abandoned.

The two brothers set out to build their own city but cold not agree on where. An ensuing melee resulted in the death of his brother Remus.