A bizarre rocket launch system that spins spacecraft into orbit at high speed without a chemical engine has moved a step closer to reality, say its developers.

SpinLaunch, a California-based space startup, has been given an additional £27million ($35m) in funding by investors including Airbus to build a new type of rocket launcher.

Instead of using propellants like a typical rocket launcher would, SpinLaunch slingshots the vehicle into space using a novel catapult technology.

The company says it will use the extra funding to carry put its first test flight later this year – something CEO Jonathan Yaney says will  ‘change the history of space launch’. 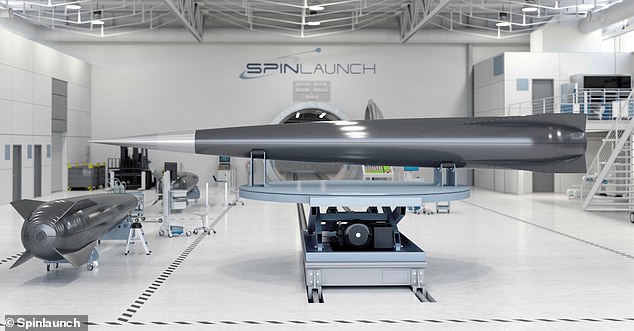 The rockets will only be able to carry small payloads due to a need to remain light in order to achieve hypersonic speeds without chemical engines.

SpinLaunch says its system will take miniature satellites for imaging, communications and scientific equipment into space.

The technology uses a centrifuge to store energy, which is rapidly transferred into the catapult to send the payload into space.

The latest investment in the California company, which was launched in 2014, came as part of its B round of funding.

SpinLaunch says the money will help to scale up the team and bring its technology a step closer to the goal of launching payloads from 2022.

It will also expand its headquarters in California and the flight test facility at Spaceport America in New Mexico.

‘Our team at SpinLaunch greatly appreciates the continued support of this formidable syndicate of investors’, said CEO Yaney.

‘They share our vision of enabling low-cost and frequent launch of imaging and communications constellations that will protect our planet and humanity.’

SpinLaunch has already developed a working prototype of its launcher, but has provided few details on how it operates.

So far all it has revealed is that the rocket has to be spun at 5,000mph in the centrifuge before it is released. 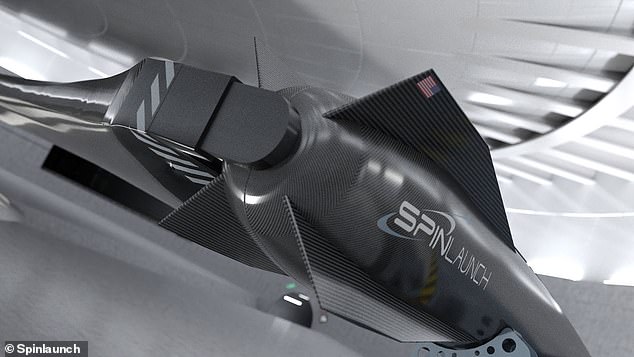 SpinLaunch is one of a number of companies working to make it cheaper to get payloads such as satellites and even spaceships into orbit and beyond.

Like other private space firms, SpinLaunch hopes to be able to stage cheaper launches more frequently, perhaps several each week or even daily.

The firm will charge less than $500,000 per launch, according to Bloomberg.

Elon Musk-owned SpaceX has focused on developing reusable conventional rockets for the launch of its constellation of Starlink satellites, as well as potential crewed missions to the International Space Station.

Those launches still cost millions of dollars each time they go up, but can carry significantly larger payloads than SpinLaunch will be able to hold.

‘This will truly be a disruptive enabler for the emerging commercial space industry.’