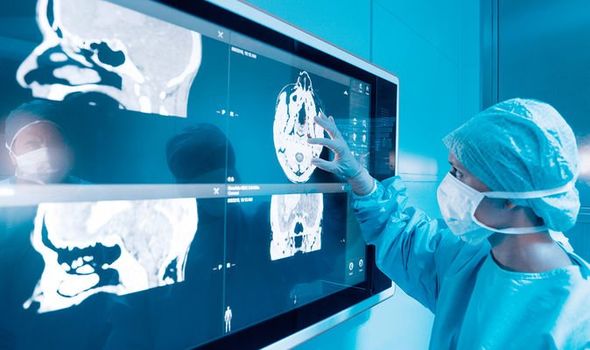 Research by neuroscientists at UCL suggests that, contrary to popular belief, aerospace engineers and neurosurgeons have similar levels of intelligence to the general populous. The study, published in the BMJ yesterday (Monday), said that the expert professions “are unnecessarily placed on a pedestal”.

They recommended using phrases like “it’s a walk in the park” as idioms that may be “more appropriate”.

Some 329 aerospace engineers and 72 neurosurgeons were tested on their cognitive abilities in six key areas.

They then compared these scores with 18,257 members of the public who had completed the same tasks.

They found that there were only two “significant” differences between the two professions and the general public.

Neurosurgeons were quicker at problem-solving than the population at large.

Meanwhile, their memory recall was slower than what was typical.

Overall, the findings suggest that the oft-quoted stereotypes may not be true of real-life rocket scientists and neurosurgeons.

The study also discovered that aerospace engineers and neurosurgeons were equally matched in terms of intelligence across most of the areas tested.

The authors of the study said: “It is possible that both neurosurgeons and aerospace engineers are unnecessarily put on a pedestal and ‘It’s a walk in the park’ or another phrase unrelated to a career might be more appropriate.

“It is also possible that other professions might deserve to be on that pedestal, and future work should aim to determine the most deserving group.”

The study had been undertaken as “it seems that the two phrases have not been subjected to rigorous scientific scrutiny.”

Citing the David Mitchell and Robert Webb comedy sketch in which a rocket scientist and brain surgeon argue about who is more intelligent, the authors added: “The main purpose of our study was to settle this debate once and for all and to provide rocket scientists and brain surgeons with evidence to support their self-assuredness in the company of the other party.

They noted: “The secondary aim of our study was to question whether public perceptions of rocket science and brain surgery are borne out in reality.

“Falling under the umbrella of science, technology, engineering, and mathematics (STEM) industries, neurosurgery and aerospace engineering face difficulties in maintaining their workforce and are predicted to be understaffed in coming decades.

“Considerable evidence suggests that school aged children’s desire to pursue a career is influenced by their perceptions of particular professions, in turn impacting on the diversity of the workforce and the trajectory of specialties.”

As school-aged children perceive STEM subjects as being “masculine” and “clever”, “questioning these stereotypes could have implications for public outreach and future recruitment.”

The authors found that despite the common stereotypes about the professions, “aerospace engineers and neurosurgeons vary in their cognitive aptitudes as does the general population.

“Our results highlight the further efforts required to widen access to these specialities to mitigate impending staff shortages and ensure a diverse workforce to drive future innovation.”