Road pollution affects 94% of Britain – despite the fact only ONE per cent of the country is occupied by roads, study finds

Pollution from British roads has an impact on almost every part of the country, despite the fact just 1% of the country is covered by roadways, study finds.

Researchers from the University of Exeter examined maps of all British roads to find out how much land they occupy then examined data on atmospheric pollution.

The most widespread forms of pollution from roads and vehicles are particulate matter, tiny particles from the burning of fossil fuels in engines, they found.

Noise and light pollution were also major factors considered by the team as they examined the impact of British roads on the country as a whole.

They found that even low levels of pollution from roads could harm wildlife, with the impact on human health particularly high in urban areas with greater pollution levels.

Roads form a ‘vast, pervasive and growing network, causing negative environmental impacts’ for the entire country, the study authors warned in their paper. 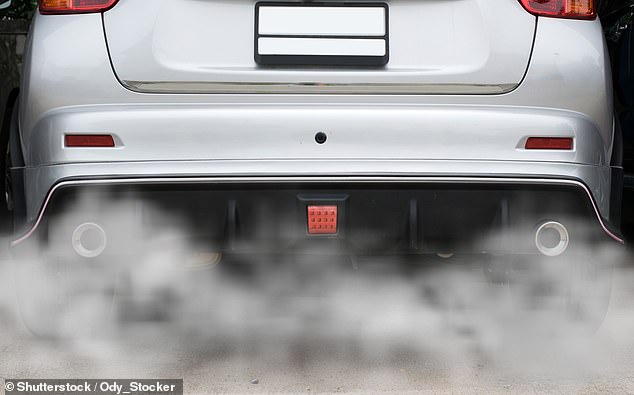 Pollution from British roads has an impact on almost every part of the country, despite the fact just 1% of the country is covered by roadways, study finds. Stock image 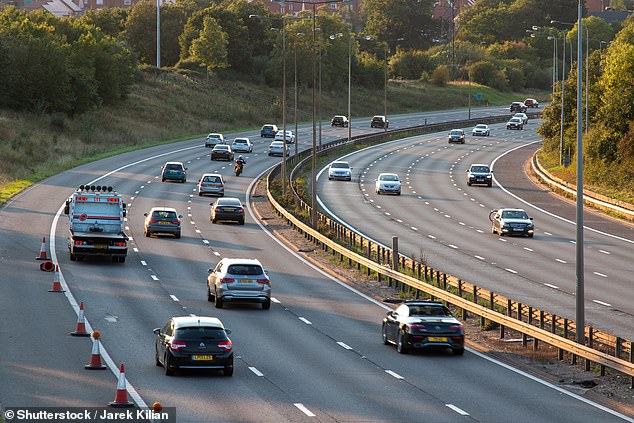 Researchers from the University of Exeter examined maps of all British roads to find out how much land they occupy then examined data on atmospheric pollution. Stock image

They are created from a variety of sources including traffic, construction sites, unpaved roads, fields, smokestacks or fires.

Most particles form in the atmosphere as a result of reactions of chemicals such as sulphur dioxide and nitrogen oxides.

Published in the journal Science of Total Environment, the researchers discovered that the impact of roads has become omnipresent throughout the UK.

Study lead author, Ben Phillips from the University of Exeter, told the Guardian that Britain is basically an island ‘completely covered by roads’.

‘We found half of land is no more than 216 metres from a road.

‘That’s a really shocking and quite depressing statistic and it seems like that would have massive environmental consequences,’ he explained.

The team discovered that more than 70% of the country is affected by noise, light, micro-plastic and fossil fuel pollution – with only high altitude areas spared.

The scientists say areas without roads are going to become more scarce in future, with a 65% expansion of road networks expected by 2050 around the globe.

Starting with maps of the largest British motorways, down to the smallest access roads, they found 25% of all land in the UK was less than 260ft from a road.

Half of all land was less than 710ft from a road and three quarters of land was just over a mile from the nearest road.

Once they discovered the extent of road spread across the UK – finding it covers about 1% of the land mass of mainland Britain, they started to examine the impact those roadways had on different types of pollution.

‘Roads form vast, pervasive and growing networks across the Earth, causing negative environmental impacts that spill out into a ‘road-effect zone’, they warned.

‘With Great Britain as a study area, we used mapping of roads and realistic estimates of how pollution levels decay with distance to project road pollution.’

They used publicly available data on exhaust pollution, light and noise pollution as well as metal and plastic pollution linked to roadways to see how it disperses.

This allowed them to estimate the total area of the country affected by the impact of road-linked pollution.

“The ubiquity of road pollution should be seriously considered as a potential contributor to global and regional-scale environmental issues such as insect declines,’ the team wrote in their journal article. 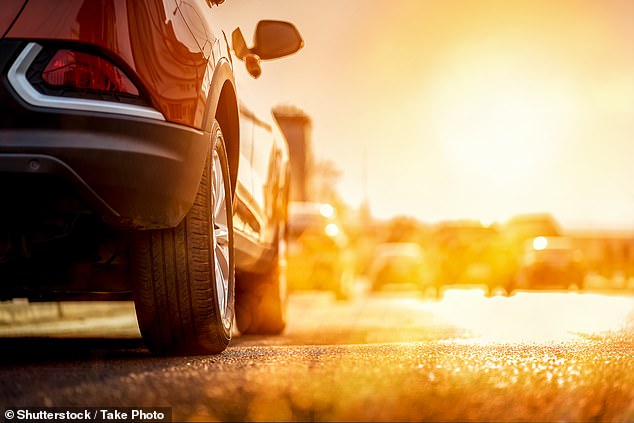 Published in the journal Science of Total Environment, the researchers discovered that the impact of roads has become omnipresent throughout the UK. Stock image

The extent of the impact and influence of roads on the environment has previously been ‘overlooked and underestimated,’ the authors warned.

Philips told the Guardian: ‘We’ve got global-scale environmental pressures and people always point at agriculture, because agriculture is absolutely everywhere across the country.

‘The point we’re making is that road pollution is another thing that’s absolutely everywhere, even though it’s low level.’

Britain’s road network is set to dramatically expand in the coming decades, with a £27 billion push by the government to drive the expansion.

‘The environment still isn’t prioritised enough in deciding whether or not these things go ahead,’ said Phillips.

The findings have been published in the journal Science of Total Environment.