Those thoughts, typed into a digital journal on May 30, could stand as an anthem for this tragic pandemic year, a cry recognized around the world without explanation or context.

Yet there is plenty of context from this writer, richly detailed and in weekly installments: “We mourn time lost and experiences lost,” she continued, later. “But we remind ourselves often that we don’t have to mourn the loss of life, and for that we are grateful.” She cited a favorite slogan: We were together, I forget the rest.

The entries are among more than 6,500 from some 750 people of all ages and diverse backgrounds who have been keeping digital diaries on the same platform. The Pandemic Journaling Project, a joint initiative of the University of Connecticut and Brown University, began last spring and now contains perhaps one of the most complete records of North Americans’ internal adjustments over months of pandemic, protest and political division.

The story it tells, so far, is a deeper one than the many one-off surveys done last year, which reported predictable increasing levels of distress. The thoughts are a messy, ever-shifting chronicle of psychological adaptation over months of imposed isolation, together documenting a landscape of everyday concerns, emotions and expectations.

“The journals have this stream-of-consciousness aspect,” said Katherine A. Mason, an anthropologist at Brown University who established the platform, with another anthropologist, Sarah Willen, at the University of Connecticut. “You can watch things play out in vivo, how people’s internal dialogues shift over time.”

Expressive writing is often prescribed by therapists to help people process their emotions, when they are too shut down or upset to talk to others. But it is rarely collected and digitized, and open to researchers for analysis. (Selections from the journals are open for public viewing, with the writers’ permission; but proper names and photos are not.)

Outside experts familiar with the project said it may be the first real X-ray into the pandemic’s psychological impact, both individual and communal, and would likely be a resource for years to come.

The germ of the idea for the platform came from an email comment posted by Richard D. Brown, a professor emeritus of history at University of Connecticut, to colleagues last March: “We are not often consciously thrust into history. Now, we are.”

In an interview, Dr. Brown said historians are likely to see the journals as a unique record of ordinary lives, a deep well of self-reflection that should act as a corrective to the mythmaking that is sure to come. “This is the raw stuff of history.”

The individual entries, and the themes that emerge from researchers’ first analysis, bring back the unfolding trauma of the year, one chapter at a time. 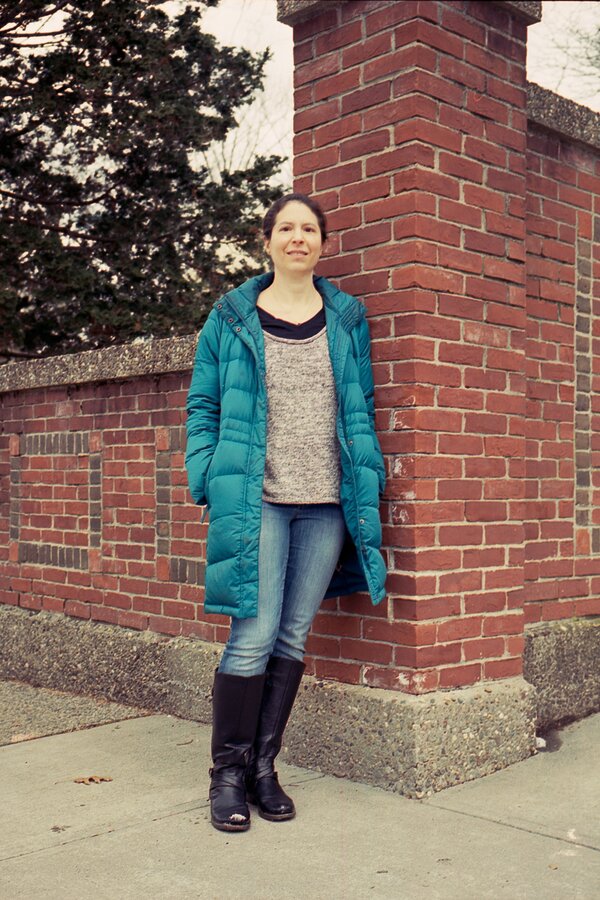 “I am a health care worker in a trauma one level hospital. In the month of April we received 175 consults 111 of them died. Now that the first wave is over and the hospital is quiet, I am still terrified of contracting the disease and spreading to others. It’s always hanging over me when I see patients in the hospital. … I am not sure we can handle another wave.” — Health care worker, in her 50s, from New York.

Dr. Willen and Dr. Mason began by soliciting entries through email, listserves and social media in May, seeking a diversity in contributors, and enlisted a panel of experts from social science and the humanities to advise on how best to mine the material. In just the first week, they attracted 49 contributors.

The rolling lockdowns, in cities on the east and west coasts, still had an unreal quality for many, and there was a sense in the air — stoked not only by the president but by many public officials — that we could contain the virus with the initial response, or that it might ease off in the warmer weather, like the seasonal flu.

By May, those expectations were nearly impossible to sustain: thousands of infections had been circulating undetected in many major U.S. cities, and New York had become the world’s epicenter, with hospitals overwhelmed and some 500 deaths a day at its peak. which helped seed outbreaks around the country.

“Our state seems like a little raft in a sea of disease,” wrote another diarist, a woman in her 50s from Connecticut.

What started as a stream of diarists swelled each week, with contributors from more than 20 countries, most from the United States and Mexico, and increasingly diverse in age, ethnicity and income level. They skewed heavily female, and their politics, with some exceptions, leaned left. (This universe of diarists is not Trump country.)

As the reality of an indefinite psychological marathon descended, many journal writers began to count their blessings, in entries tinged with both gratitude and fear.

“There have been a lot of losses in the last months, including transportation on public buses, bike riding as the bike trail is washed-out, the library is closed. … When I hear this could go on for another year, I feel despair. But I’m taking it one day at a time and am grateful that I can pay my bills, have a roof over my head, and so far have figured out how to get food.” — Retired woman in her 70s, from Michigan.

In their preliminary analysis, Dr. Mason and Dr. Willen found that expressions of guilt, privilege and gratitude emerge early in the epidemic, and appear in about one-third of the 530 English-language contributors overall. Ten of these diarists devoted most of their entries to giving thanks — for what they have, and for seeing what they had taken for granted.

“Some of this is white liberal guilt, feeling bad about doing OK when so many are not,” Dr. Mason said. “But we have a lot of people of color who are not privileged, and they feel the guilt for a slightly different reason. They’re seeing family members dying, losing jobs and not being able to pay rent.”

A Summer of Protests, Fires and Existential Dread

“The world feels like it is imploding again with the murder of Black and brown people by police, children murdering innocent protesters, teachers scared to go into schools, the economy continuing to collapse, a hurricane. It’s overwhelming … we are all just sick of this.” — Nonprofit worker and mother in her 40s from New Jersey

Over the summer, Covid-19 outbreaks swept through much of the country, even as Black Lives Matter protesters took to the streets in more than 400 cities and towns. By August, California was in flames, ravaged by one of the worst wildfires on record. And all of that seemed further fuel for an increasingly nasty, deeply polarized presidential campaign that ramped up in September and October.

Many people, especially younger diarists, were ready to scream. “At this point, as selfish or whatever as it may sound, I’d rather be homeless than spend another day in this house,” wrote one young woman, a student in her late teens, from New York. “That may sound dramatic and me being angry, but I am done with this.”

The journals swell and recoil like a living organism, spilling forth a growing sense that the world was coming off its moorings. “The record temperature recorded in the Death Valley reminds me not to forget about feeling despair about the climate crisis,” wrote another woman, a software engineer in her 50s from California. “The pandemic has made everything feel like it’s falling apart.”

James Pennebaker, a professor of psychology at the University of Texas, has published seminal work on the benefits of expressive writing, and he has been tracking the pandemic on Reddit and other platforms.

“We now have very good tools to mine the linguistic content for predominant themes,” he said. “The two issues of race and Covid clearly affected each other in the summer; the anxiety over one thing can spur anxiety over the other. Then come the fires and politics, and all these things begin feeding each other.”

Among the English-language diarists, 36 mentioned climate change repeatedly and 30 wrote explicitly about Black Lives Matter; many, many more discussed racism in multiple posts.

“Even after the pandemic is finally through, whenever that will be, I will never again live in a world that doesn’t bear some of the social and political transformations of this year,” wrote a graduate student in his 30s, from Virginia. “I hate all of this. I hate not knowing what kind of future comes after both the pandemic and the political turmoil. I hate that I’m supposed to just go about my work as if everything is totally normal when it’s the least normal it’s ever been, in my lifetime, anyway.”