Wrinkle-faced bats are full of contradictions. Despite their fruit-heavy diet, they’re not considered fruit bats. They’re classified as leaf-nosed bats, even though they lack the group’s characteristic leaf-shaped nose.

Even their Latin name, Centurio senex, which loosely translates to “the hundred-year-old-man,” is misleading. The bats’ persistently pruned-up mugs belie their ultrafast reflexes, astonishingly powerful bites and, apparently, their serious sex appeal.

Bernal Rodríguez Herrera, a bat biologist at the University of Costa Rica, affectionately calls the males of the species “masked seducers.” In a paper published Wednesday in PLoS ONE, he and his colleagues describe some of the sexual shenanigans of these goofy-looking grandpas, who appear to serenade potential mates en masse. If confirmed, the behavior observed by the researchers could be one of the rarest of courtship rituals described among more than 1,400 species of bats.

Part of the amorous affair, the researchers reported, seems to involve the deliberate flexing of the furry folds of skin that cradle the bats’ chins. Using their thumbs, bats can raise the fluffy structures over their faces at will like neck gaiters. The extra skin is found only on males — a hint that it might have evolved to make the ladies go wild.

Elusive and utterly weird, wrinkle-faced bats are something of a “unicorn” among bat researchers, said Sharlene Santana, a bat biologist at the University of Washington who wasn’t involved in the study. “Some tropical bat biologists go their entire career without catching one.” 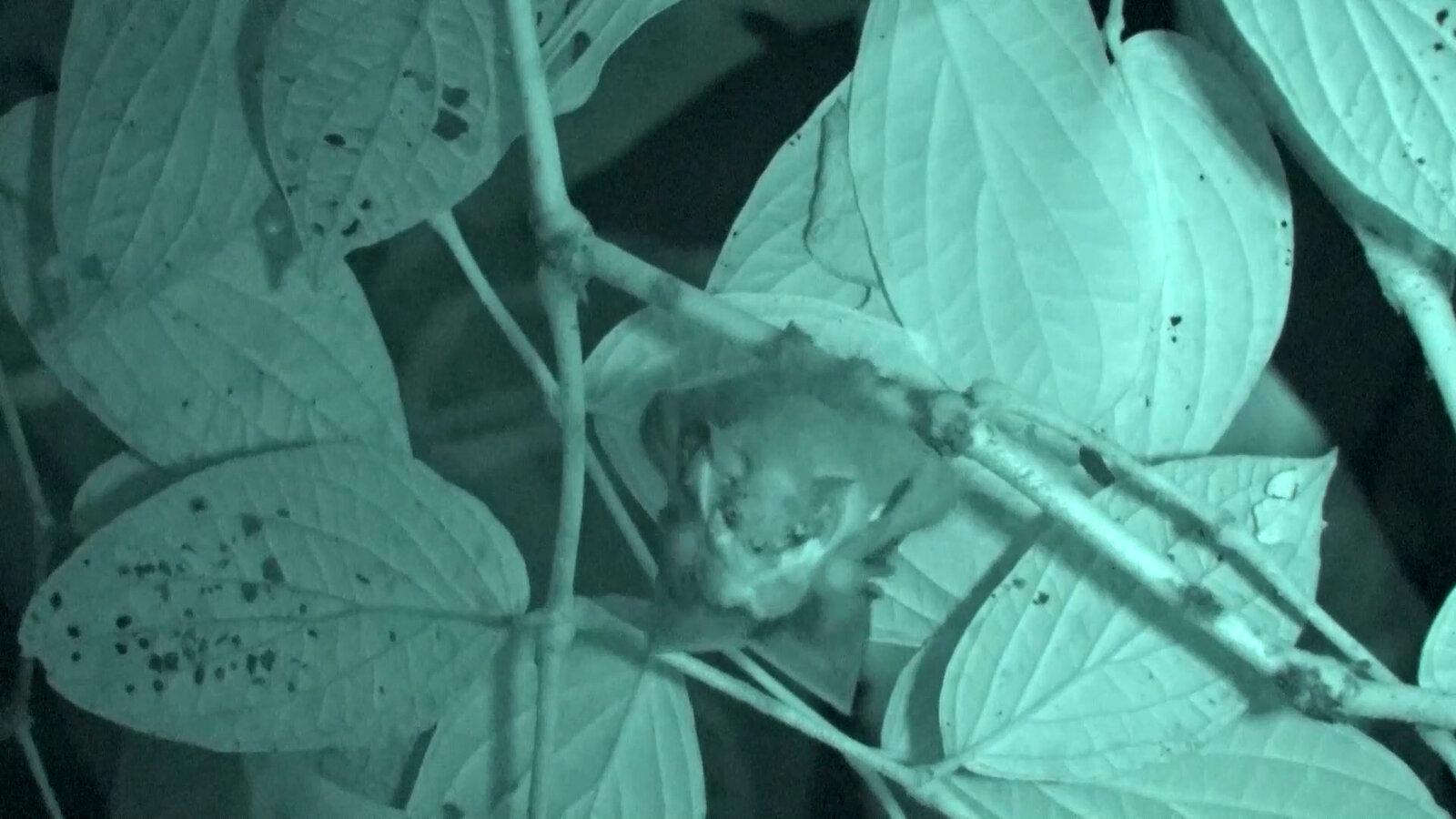 Before his study’s data were collected, Dr. Rodríguez Herrera had only logged about 15 wrinkle-faced bat sightings in his 30-year career. But in September 2018, he ventured into a particularly sweltering sector of the Costa Rica rainforest, where, over the course of several weeks, he discovered dozens of wrinkle-faced males nestled in the trees.

The little lotharios were immediately recognizable. Some had already cloaked their mouths with their masks — which the males maneuvered using the long, claw-like thumbs on their wings — while others left the skin flaps dangling beneath their chins like hammocks.

On 13 nights, Dr. Rodríguez Herrera and his colleagues diligently monitored the bats. During the wee twilight hours, the males, hanging by their feet, rubbed their wingtips against each other. When another bat approached, the males would beat their wings and emit a series of calls, ending in a low-frequency whistle.

The researchers proposed that these serenades might be indicative of a courtship strategy called a lek: a group of males who loosely convene in the same region, called a mating arena, to competitively strut their stuff. Visiting females select a small subset of the most show-offy suitors, copulate with them and leave. Little is known about most bats’ mating behaviors, but lekking is generally considered unusual.

Cory Toth, an Ottawa-based wildlife biologist who has studied lekking in bats, but wasn’t involved in the study, said the team’s observations were limited, but promising: “I am not surprised that we’re finding another bat that’s a potential lek breeder.” Dr. Toth has previously posited that lekking might be more common among the winged mammals than once thought.

Mariana Muñoz Romo, a bat biologist at the Smithsonian Tropical Research Institute who was not involved in the study, said she wasn’t ready to label the behavior as lekking. While the results were intriguing, she pointed out that the researchers had data from only a few individuals in one location. They also couldn’t tell if the bats visiting the perched males were female. 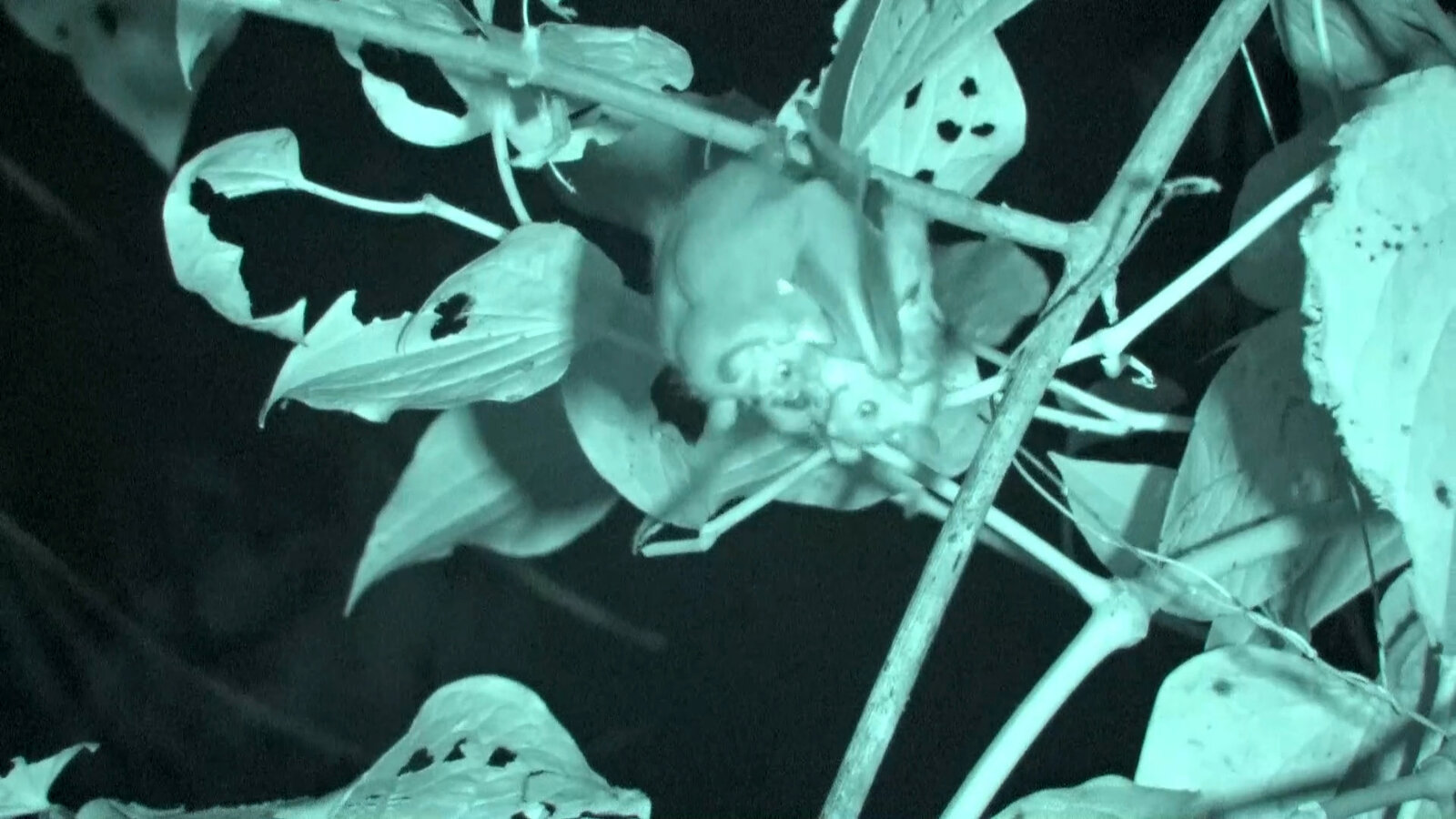 The study described only one copulation event, which was caught on film. A female sidled up to a warbling male, who lowered his mask. The pair engaged in a 30-second tryst that involved, as the researchers described it, the male “visibly vibrating” as he embraced his partner. Shortly after, the female grew restless and left, and the male donned his face mask anew.

The events that led up to the copulation certainly pointed toward the possibility of lekking. But for now, “I prefer to be cautious,” Dr. Muñoz Romo said.

It’s also still a mystery what role the bats’ masks play, if any, in luring mates. Dr. Rodríguez Herrera noted that the males vocalize almost exclusively with the skin flaps up, suggesting the structures might modulate sound. The bright white masks could also serve as a visual beacon for females, or have some effect on the musky, skunkish odors that males reportedly release around their chins.

“It’s hard to know without more data on what the females might be choosing,” Dr. Santana said.

Scientists also don’t yet have an explanation for why the bats’ faces appear frozen into a permanent pucker — a visage Dr. Santana said is reminiscent of “a very wrinkly old man with very big eyes, wearing a turtleneck.”

“Some people think it’s horrible,” Dr. Muñoz Romo said of the wrinkles. To her, though, they’re what make these bizarre bats so “gorgeously unique.”