Brazil’s populist president told people to “stop whining” as he presides over what is arguably the worst COVID-19 outbreak in the world.

Jair Bolsonaro addressed crowds in the Brazilian capital of Rio de Janeiro on Thursday, where he said, “Stop whining. How long are you going to keep crying about it?,” according to the BBC.

“How much longer will you stay at home and close everything? No one can stand it anymore. We regret the deaths, again, but we need a solution,” Bolsonaro added. 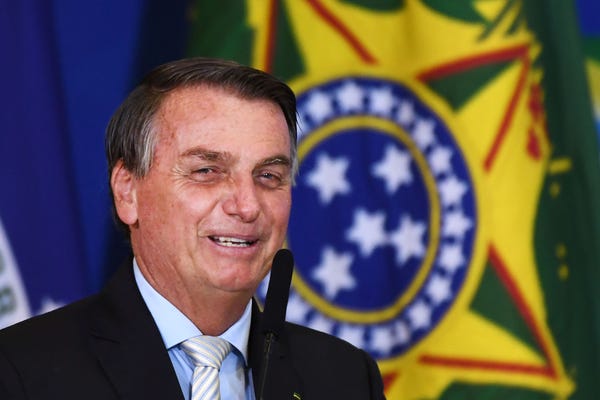 Brazil has the world’s second-highest death toll from the coronavirus, with 260,970 people dead as of Friday, according to data from Johns Hopkins University.

It also has the third-highest number of cases globally, with more than 10,793,000 people having tested positive. It’s behind only the US and India. 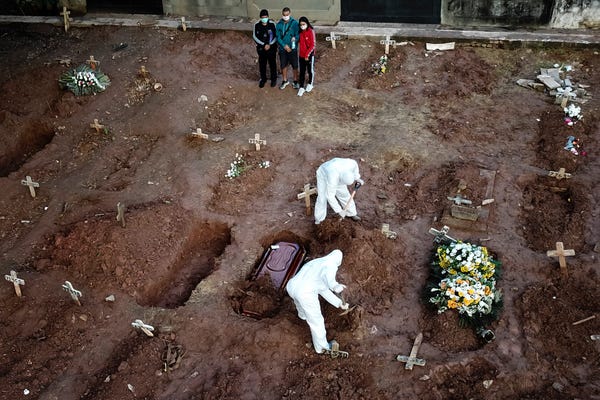 And, unlike many of the other worst-hit countries in the world, Brazil isn’t currently seeing a decline in its cases.

We can see that cases in the US and India have been falling: 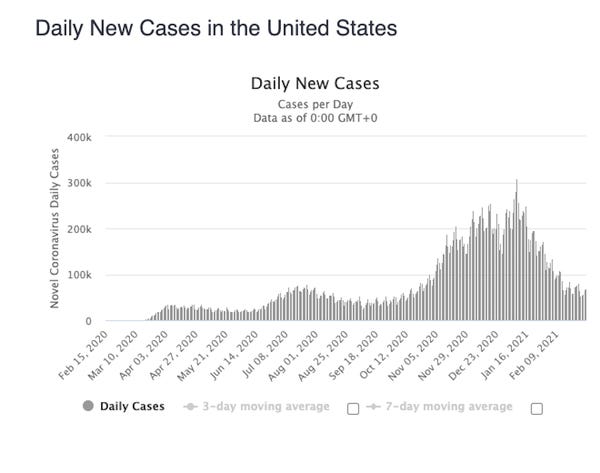 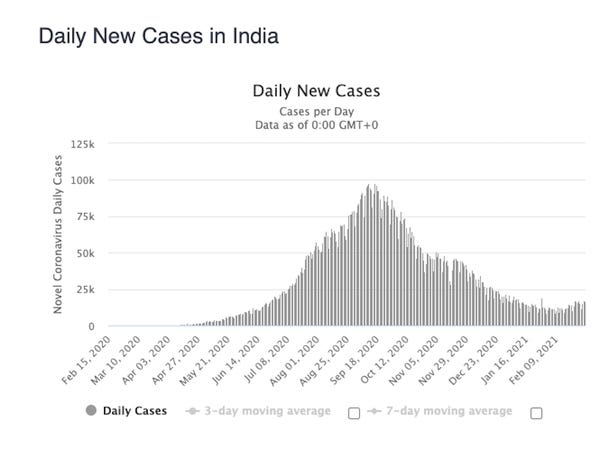 But in Brazil, there isn’t any similar drop: 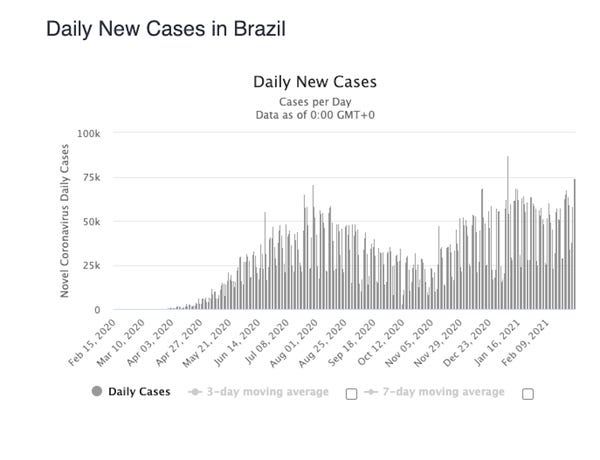 On the day that Bolsonaro was speaking, Brazil recorded its second-highest number of deaths during the pandemic. 1,699 died in 24 hours  — second only to the 1,910 recorded the day before, the BBC reported.

Bolsonaro has downplayed the virus throughout the pandemic, spreading information and at one point claiming that Brazilians are immune.

He has endorsed medicines that have been proven not to work against the virus and encouraged anti-lockdown protests.

Meanwhile, the country has dug mass graves for its coronavirus dead, and bodies have been pictured on the streets. 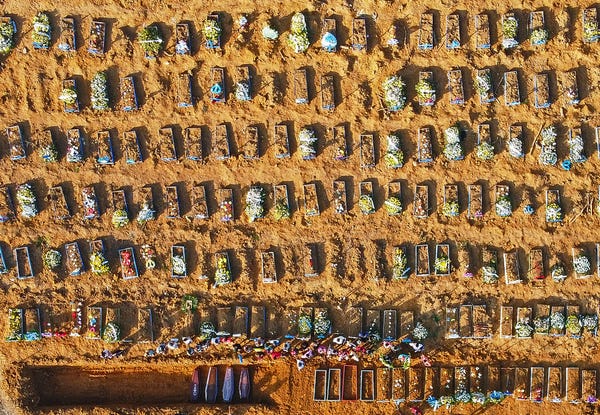 João Doria, the governor of the state of São Paulo, spoke to the BBC after Bolsonaro’s comments on Thursday, where he called the president “a crazy guy” who attacks “governors and mayors who want to buy vaccines and help the country to end this pandemic.”

“How can we face the problem, seeing people die every day? The health system in Brazil is on the verge of collapse,” he said.

Brazil is also battling a new variant of the virus, which is thought to be more contagious and to have originated in the city of Manaus.

The variant may also infect people who have already had the virus, researchers say.

Campaigners have warned that Brazil’s outbreak could become a “genocide” for the country’s indigenous people, who saw a higher death rate than the rest of the population. Bolsonaro’s environmental policies had already impacted on their fragile societies. 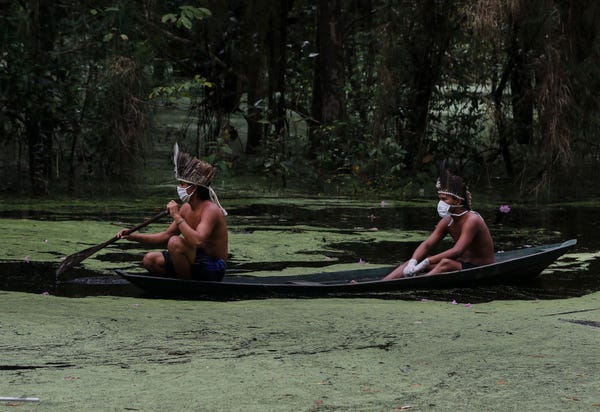 Bolsonaro has looked to reduce environmental protections, including reallocating land pledged to indigenous tribes and promising during his election campaign to build a highway through the Amazon rainforest and power plants within it.