Vertebrates are animals that have a backbone inside their body with the major groups including fish, amphibians, reptiles, birds and mammals. Now scientists at the Chinese Academy of Sciences discovered the creatures known as sinogaleaspids which lived during the Silurian and Devonian times (between 500 to 370 million years ago).

The team who discovered the fossils in Xiushui in Jiangxi Province, China revealed the Stingray’s had no jaws, a key characteristic which their modern day ancestors possess.

It matches previous scientific theories that some of the earliest Vertebrates were jawless fish which lived 500 million years ago.

The fossils also reveal the galeaspids had a sensory canal system, also called the lateral line system which is found in modern day fish. 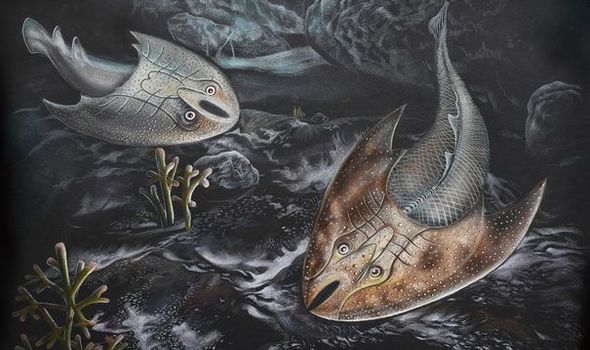 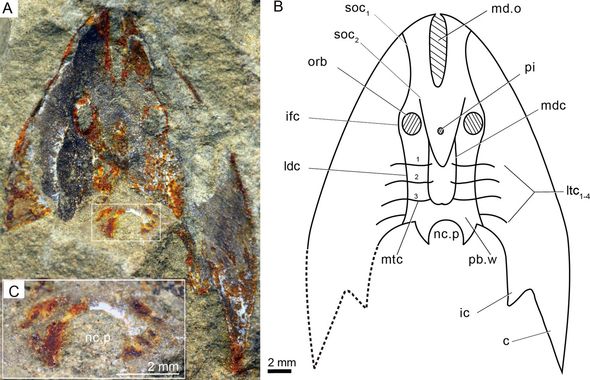 The lateral line system are sense organs which serve to detect movements, vibration, and pressure gradients in the surrounding water and is also found in Amphibians such as Frogs.

The team say the presence of this sensory systems in sinogaleaspids helps to strengthen these previous theories.

Modern day Stingrays are common in coastal tropical and subtropical marine waters throughout the world including along the coasts of China and Korea in the Yellow, Bohai, and East China Seas.

The paper, published in the Paleontology and Evolutionary Science Journal, said of the Ancient Stingray: “They contribute to our understanding of the conformation of the gnathostome body, which is significant to vertebrate evolution.

“They also possess the characteristics that demonstrate the step-by-step transitions from jawless to jawed vertebrates.”

Research led by the Zoological Society of London and Imperial College London found that many regions home to the greatest amount of unique evolutionary history are facing unprecedented levels of human pressure.

These include the Caribbean, the Western Ghats of India, and large parts of Southeast Asia. 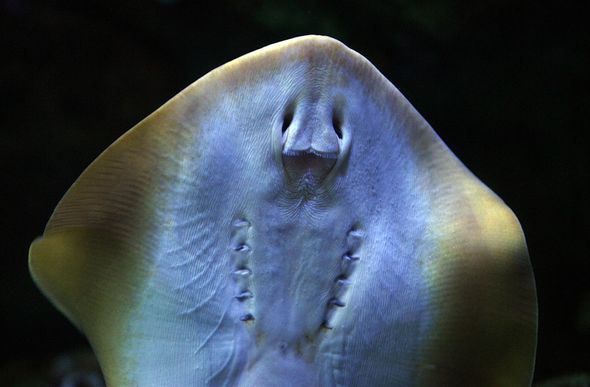 The team mapped the evolutionary history of the world’s terrestrial vertebrates including amphibians, birds, mammals and reptiles.

They explored how areas with large concentrations of evolutionarily distinct and threatened species are being impacted by our ever-increasing ‘human footprint’.

Dr Rikki Gumbs, of Imperial College London, lead author of the study, said: “Our analyses reveal the incomprehensible scale of the losses we face if we don’t work harder to save global biodiversity.

“To put some of the numbers into perspective, reptiles alone stand to lose at least 13 billion years of unique evolutionary history, roughly the same number of years as have passed since the beginning of the entire universe.” 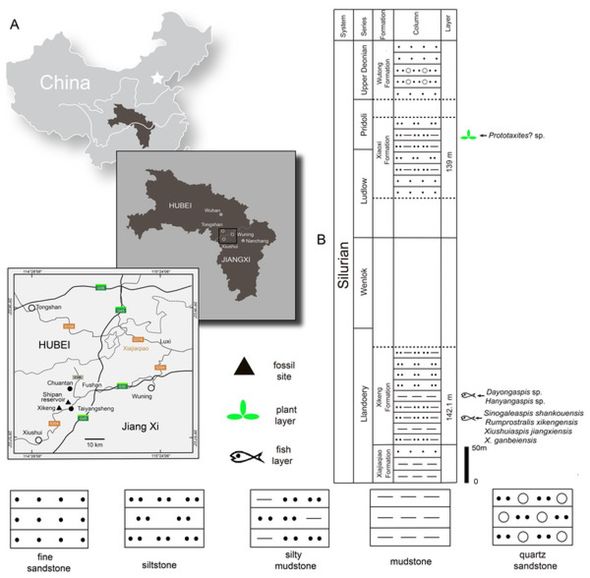 Using extinction risk data for around 25,000 species, the researchers also calculated the amount of evolutionary history – branches on the tree of life – currently threatened with extinction.

The research paper added: “They found at least 50 billion years of evolutionary heritage is under threat, as well as a large number of species.”