Children as young as five years old are at a greater risk of developing high blood and heart disease due to increasing levels of air pollution, according to a new study.

The research, by the American Heart Association (AHA), examined the findings of 14 different studies that looked at the effects of pollution particles on more than 350,000 children aged between five and 12 from the US, China and Europe.

They found both short- and long-term exposure to common air pollutants, including nitrogen dioxide, was enough to significantly raise blood pressure levels in children.

Study lead author Professor Yao Lu said the link between blood pressure and pollution in children puts them at greater risk of heart disease in adulthood.

With this in mind, the author said efforts should be made to reduce levels of different types of pollution, and that children should have blood pressure regularly tested. 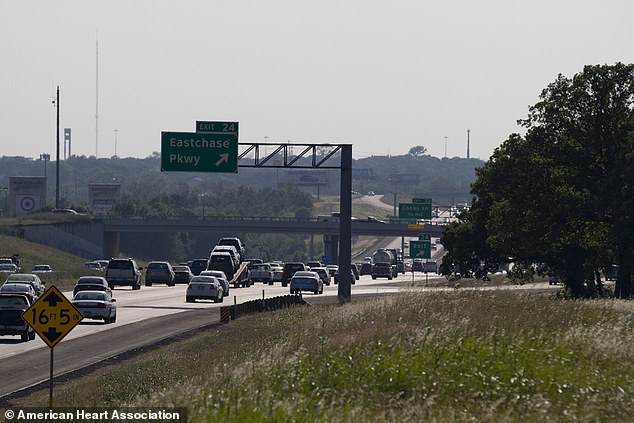 Children as young as five years old are at a greater risk of developing high blood and heart disease due to increasing levels of air pollution, according to a new study

Studies on air pollution and blood pressure in adolescents and children have, until now, produced inconsistent conclusions, with no clear link confirmed.

For the latest research, the team carried out a systematic review and meta-analysis of 14 studies focused on the association between air pollution and blood pressure.

The large analysis included data for more than 350,000 children and adolescents aged between about five and 13 years old.

Professor Lu said their findings provide evidence of a positive link between short- and long-term exposure to certain air pollutants and blood pressure in children.

They found that short-term exposure of less than 30 days to larger, coarse particles was enough to significantly raise systolic blood pressure – the pressure in your arteries during the contraction of your heart muscle.

The same result was found for those children who were exposed to longer term fine particles and nitrogen dioxide from traffic pollution.

Longer term exposure to both types of particles also raised diastolic pressure – the pressure in the arteries when the heart rests between beats.

Professor Lu said: ‘Our analysis is the first to closely examine previous research to assess both the quality and magnitude of the associations between air pollution and blood pressure values among children and adolescents.’

The team divided the studies into groups based upon length of exposure to air pollution and by composition of air pollutants, specifically nitrogen dioxide and particulate matter with both fine and coarse diameters. 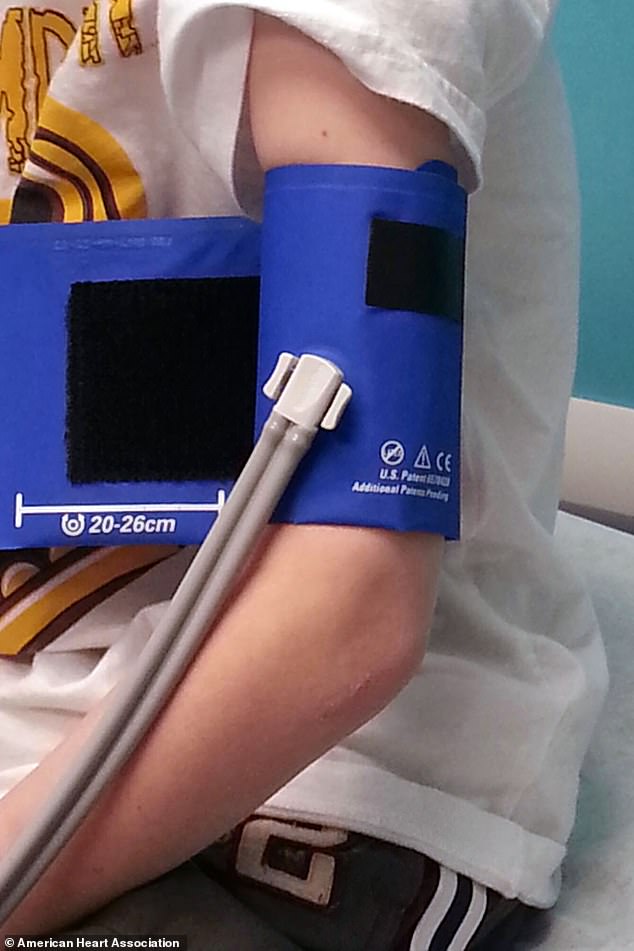 They are created from a variety of sources including traffic, construction sites, unpaved roads, fields, smokestacks or fires.

Most particles form in the atmosphere as a result of reactions of chemicals such as sulphur dioxide and nitrogen oxides.

Lower exposure to air pollutants during childhood and adolescence might decrease the risk of hypertension and cardiovascular disease in adulthood, the study authors explained.

‘To reduce the impact on blood pressure in children and adolescents, efforts should be made to reduce their exposure to environmental pollutants.

‘Additionally, it is also very important to routinely measure blood pressure in children and adolescents, which can help identify individuals with elevated blood pressure.’

Among the papers the team examined was research exploring the effects of diesel exhausts on the muscle sympathetic nerve and the impact of pollutants on high blood pressure.

They also looked at rates of hospital readmission for heart failure among those exposed to high levels of ambient air pollution.

The other type of study explored the risk of stroke and heart attack after long-term exposure to high levels of particulate matter – tiny particles of pollution.

The studies include health outcomes of people who were exposed to pollutants in the United States, China and Europe.

The researchers emphasised that the results of the analysis were limited to the studies included.

The team explained that they did not include data on possible interactions between different pollutants, so the results are not generalisable to all populations.

The findings have been published in the Journal of the American Heart Association.