Plants can develop more and a wider variety of genes than animals during peaks of evolution, according to a new study.

Researchers from the universities of Bristol and Essex concluded plants have a high genetic production rate after studying the DNA of more than 200 different species.

They traced the origin of land plants to ‘two explosions of new genes’ from about 470 million years ago when they first laid down roots out of the water.

The team says their findings challenge previous understanding that the evolution of plants was a gradual process rather than an ‘explosion of new genes’.

They found this increase in new genetic material was up to ten times higher than those seen in animal species throughout history. 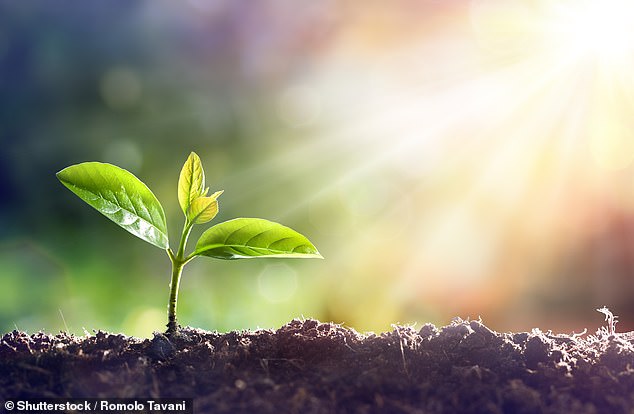 Stock image showing a young plant growing in sunlight. Plants can develop more and a wider variety of genes than animals during peaks of evolution, according to a new study

The team of scientists used computer modelling to ‘go back in time’ and track the growth rate, change and progress of these ancient plants.

They compared the datasets of 208 genomes – the full record of DNA inside the plants – covering all major plant species.

‘We discovered that the origin of land plants is associated with two explosions of new genes, an unprecedented level of genomic novelty’, said lead author Jordi Paps.

‘Our findings challenge previous views of this transition being more gradual at genetic level.’

The research team said the first of the two explosions predates the origin of land plants, before they left their aquatic environments.

The second major period of genetic change they studied came as a coincidence of the plants arriving on land for the first time.

New genes that made plants multi-cellular organisms came sometime after the first burst of evolution.

Genes related to adaptations in terrestrial environments came about following the second explosion. 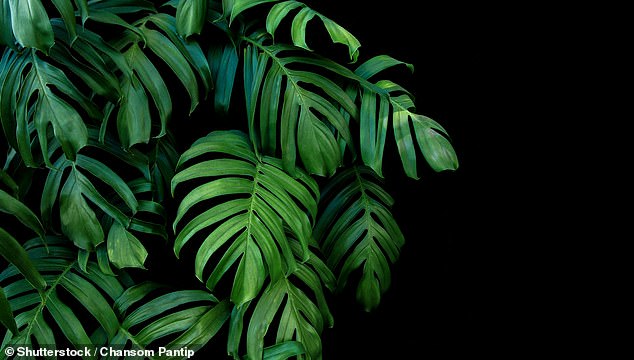 Green leaves of Monstera plant growing in wild. They traced the origin of land plants to ‘two explosions of new genes’ from about 470 million years ago when they first laid down roots out of the water

The team now plan to use the same techniques to identify drought-resistant genes in crops in the hope of helping areas struggling with food production.

‘We now plan to use the same approach to further explore the genes involved in drought tolerance,’ said Dr Papps.

‘Most crops are sensitive to drought conditions, using our methods we can find genes involved in drought resistance that we can potentially introduce in dessication-sensitive plants.’

WHAT IS THE ‘ECOLOGICAL ARMAGEDDON’?

In 2017, Professor Dave Goulson, at Sussex University, warned the world is ‘on course for ecological Armageddon’.

The comment was made after a study revealed the number of flying insects has fallen by three-quarters over the past 27 years.

It is thought the decline may be caused by agricultural pesticides used to stop insects eating crops.

Professor Dave Goulson of Sussex University said: ‘Insects make up about two-thirds of all life on Earth [but] there has been some kind of horrific decline.

‘We appear to be making vast tracts of land inhospitable to most forms of life, and are currently on course for ecological Armageddon.

‘If we lose the insects then everything is going to collapse.’

Insects are important pollinators and without them these plants would disappear.