Want to impress your boss? Avoid using emoji! People who include pictures in their work emails are seen as less powerful, study reveals

Whether it’s a friendly smiley face or a cheeky wink, many of us regularly include emoji in our work emails.

But if you want to be taken seriously in the office, a new study suggests that you should rein in the emoji.

Researchers from Tel Aviv University have revealed that people who included pictures and emoji in their emails are seen as less powerful than those who use words.

‘Today we are all accustomed to communicating with pictures, and the social networks make it both easy and fun,’ the researchers said.

‘Our findings, however, raise a red flag: in some situations, especially in a work or business environment, this practice may be costly, because it signals low power.

‘Our advice: think twice before sending a picture or emoji to people in your organisation, or in any other context in which you wish to be perceived as powerful.’ 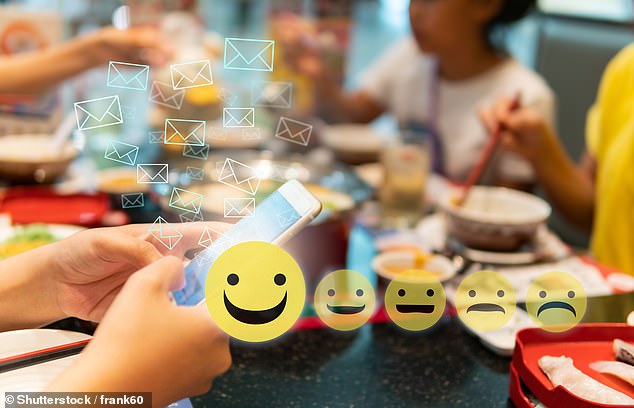 Previous research has suggested that power poses may change the hormones released by women to help them feel more dominant in the workplace.

By standing on spread legs, holding their hands on their hips, and raising their chin for two full minutes, women have reportedly experienced as much as a 20 per cent rise in testosterone, and about a 25 per cent decrease in cortisol.

Some social psychologists feel that managing these hormones – responsible for confidence and anxiety, respectively – could be the key to closing the gender gap in executive offices around the country.

In the study, the researchers set out to understand whether the use of images in emails affects the perception of people at work.

The team conducted a series of experiments in which various everyday scenarios were presented to hundreds of participants.

In one experiment, participants were asked to imagine shopping at a supermarket and seeing another shopper wearing a Red Sox t-shirt.

Half of the participants were shown a t-shirt with the verbal RED SOX logo, while the other half saw a pictorial logo.

The results revealed that participants who saw the t-shirt with writing rated the wearer as more powerful than those who saw the pictorial logo.

Meanwhile, in another experiment, participants were asked to imagine attending a retreat of a fictional company called Lotus.

As with the first experiment, participants said the woman had more power when they’d been told she had chosen the t-shirt with the verbal logo.

Participants were then asked to choose one of the co-participants to represent them in a competitive game that suited people with high social power.

The results revealed that 62 per cent of participants chose the participant who had represented themselves with a verbal profile.

Dr Elinor Amit, co-author of the study, said: ‘Why do pictures signal that a sender is low power? Research shows that visual messages are often interpreted as a signal for desire for social proximity. 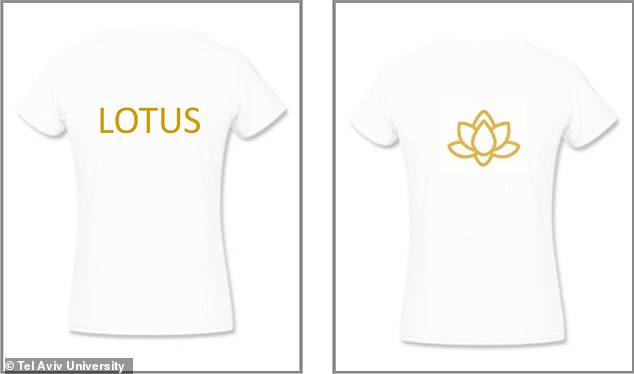 ‘It must be noted that such signaling is usually irrelevant in close relationships, as in communications between family members.

‘However, in many arenas of our lives, especially at work or in business, power relations prevail, and we should be aware of the impression our messages make on their recipients.

‘Our findings raise a red flag: when you want to signal power think twice before sending an emoji or a picture.’