Completing the set: British parents follow the celebrity trend of continuing to have babies until they get both a boy and a girl

British parents are following the celebrity trend of continuing to have babies until they produce one of each sex, a new study claims.

Researchers found much more families than expected keep having children until they have at least one boy and one girl, just like the Beckhams and the Kardashian family.

The US experts, who surveyed data from more than 300,000 UK volunteers from a national database, call this phenomenon ‘coupon collection’, because it mimics the way people collect coupons on cereal packets until they have the ‘full set’.

Researchers estimate that over 3 per cent of families at the very least show coupon collection reproductive behaviours.

High-profile examples of so-called coupon collection are David and Victoria Beckham, who had three boys before giving birth to their final child, a girl.

Jamie Oliver and his wife and the Kardashian family, meanwhile, each had three girls before finally giving birth to boys. 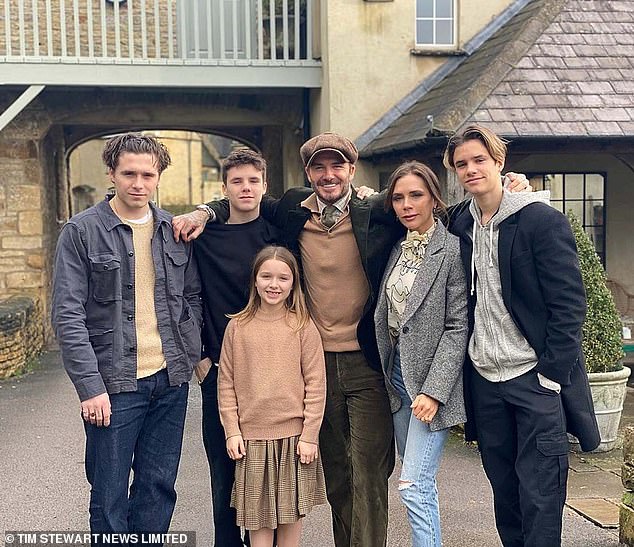 David Beckham and wife Victoria Beckham with their family at their Cotswolds country home. The Beckhams had three boys before giving birth to their final child, a girl

‘We believe that coupon collection behaviour becomes popular only when daughters and sons are considered to have similar utility to families, which would require society-wide improvement in gender equality and appreciation of gender diversity,’ said study author Professor Jianzhi Zhang at the University of Michigan.

WHAT IS SEX RATIO?

Sex ratio (SR) is the ratio of males to females in a population.

The sex ratio is not equal and tends to tip in favour of newborn boys.

There is growing evidence for genetic influences on the probability that a birth yields one biological sex over the other.

For example, women who carry the BRCA1 and BRCA2 breast cancer susceptibility genes tend to have more female children.

Environmental factors during pregnancy have also been theorised to influence the biological sex of the child.

Modern contraception, fertility treatments and abortion can all affect the sex ratio in a family.

The term coupon collection refers to someone who continues to buy a particular brand of cereal, each package of which contains one randomly placed coupon, until they collect all the different coupons in the set.

The theory, which has already been used in many psychological studies, has now been applied to a reproductive context.

Researchers originally sought to determine genetic influences on sex ratio (SR), the ratio of males to females in a population.

Researchers wanted to see whether sex ratio is variable in a large set of families and, if so, to determine how variable it is.

The researchers analysed sibling records from the UK Biobank database, which contains genetic, health and family information from volunteers, most of whom were born between 1940 and 1970.

Consistently, significantly more families than expected had all children of the same sex except for the child born last, they found.

This trend was shown to be more pronounced in the late than the early half of the families in the data, suggesting an increasing popularity in coupon collection.

They say 3.3 per cent of the families displayed coupon-collecting reproductive behaviour, although that number is described as a conservative estimate.

The true fraction of families following coupon-collection behaviour is likely to be higher, they say. 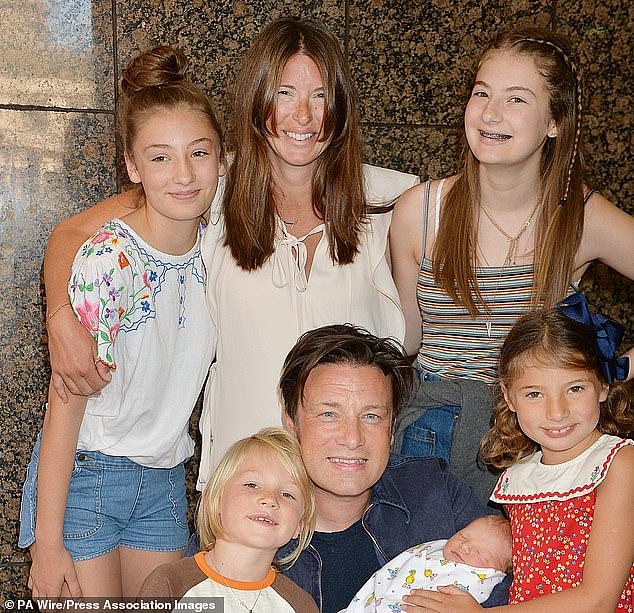 ‘Reproductive decisions are influenced by many factors such that, even when a family prefers to have children of both sexes, it may not be able to demonstrate the coupon-collection behaviour, for example, because of financial, childcare, or physiological constraints,’ Zhang and his co-author, Erping Long at Sun Yat-sen University in China, wrote in Current Biology.

‘Hence, the fraction of families that prefer to have children of both sexes is likely substantially greater than 3.3 per cent.’

The popularity of the behaviour rose during the three decades examined (1940s–1960s), while over the past 400 years in the Netherlands, this phenomenon is seen only after 1940.

Further observations in Denmark, Sweden and Finland find the probability for a mother to have a third child is higher when the first two children are of the same sex than when they are of different sexes. 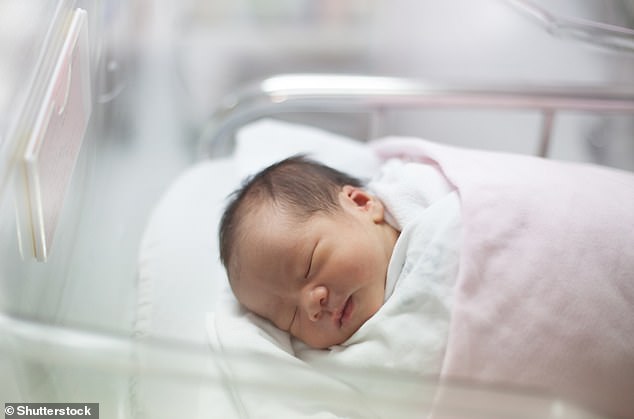 The odds of conceiving a boy versus a girl are believed to be 50-50, and the outcome is determined by which of the father’s sperm makes it to the mother’s egg first

‘Our hypothesis is consistent with reports that Europeans express in interviews their desires to have children of both sexes,’ they say.

To confirm coupon collection’s popularity, researchers also examined a family tree-based genealogical database that contains 241,000 Dutch families over four centuries, with known numbers and genders of children of each family.

After calculating the SR, the proportion of male children in a family, they found higher-than-expected SR variations over much of the history.

The Dutch data revealed a profound difference in the among-family variation of SR after 1940 when compared with the preceding 3.4 centuries.

It confirms the finding from the UK Biobank and suggests that the coupon-collection reproductive behaviour is a relatively recent phenomenon.

In the fictional world, Mr and Mrs Weasley in the Harry Potter novels had a severe case of coupon collection, despite their financial difficulties.

They had six boys before finally giving birth to a girl, who would go on to marry the titular character.

The odds of conceiving a boy versus a girl are believed to be 50-50, and the outcome is determined by which of the father’s sperm makes it to the mother’s egg first.

If the egg is fertilised by a sperm bearing a Y chromosome, the result is a boy, and if it’s an X-bearing sperm, a girl.

But slightly more boys are born each year than girls – in the US, for example, about 51 per cent of the babies born are male.

Globally, the ‘sex ratio’ (SR) at birth considered to be around 105, meaning that on average there are 105 males born for every 100 females, according to the World Health Organisation.

If the determination of biological sex at birth were a completely random event – like a 50-50 coin toss – then the probability that a birth yields a boy instead of a girl, known to scientists as Pboy, would be 0.5 for every birth in every family.

A Pboy rate of 1 would mean it is be guaranteed than a boy would be born instead of a girl.