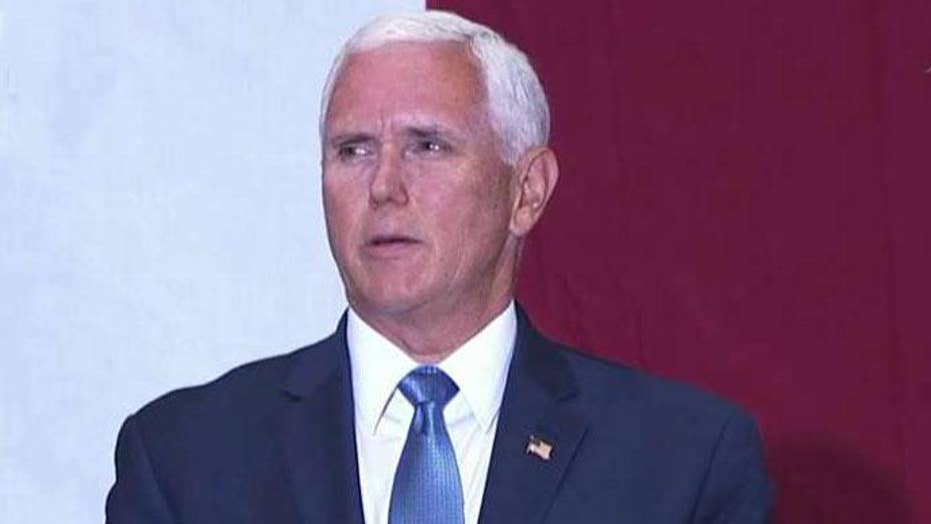 Vice President Mike Pence celebrates the Apollo 11 team that made the moon landing possible and discusses the future of space exploration for the U.S.

Speaking at Kennedy Space Center on the 50th anniversary of the Apollo 11 Moon landing, Vice President Mike Pence announced that the Orion capsule that will take American astronauts back to the Moon is ready.

“The Orion crew capsule for the Artemis mission is complete and ready to begin preparations for its historic first mission,” he said.

The Artemis program will land American astronauts on the Moon by 2024 and establish a sustainable human presence on Earth’s natural satellite. Artemis will also make history by landing the first woman on the Moon.

“America will return to the Moon within the next five years and the next man and the first woman on the Moon will be American astronauts,” he said: “We’re going back.”

Since the retirement of the space shuttle in 2011, the U.S. has been relying on Russian Soyuz rockets, launched from the Baikonur Cosmodrome, to get astronauts to the Space Station.

“Within the next year we will send American astronauts into space on American rockets from American soil,” said Pence, who was flanked by Apollo 11 astronaut Buzz Aldrin during his speech.

Pence, who is chairman of the National Space Council, cited President Kennedy’s famous vow in 1961 to land an American on the Moon by the end of that decade. “Make no mistake, the Moon was a choice, an American choice,” he said. “The achievement was inevitable.”

“They brought together our nation,” Pence said, adding that, for a brief moment, Apollo 11 also united all the people of the world.