Europe is expected to have more than 84 million smart homes by the end of 2022, experts claim.

This prediction, if it comes true, will see the amount of so-called ‘smart homes’ on the continent quadruple from the 22.5million recorded at the end of 2017.

It is expected that a typical family home could contain more than 500 individual smart objects by 2022, with the most popular of these being smart speakers and assistants such as Amazon’s Alexa and Google Assistant. 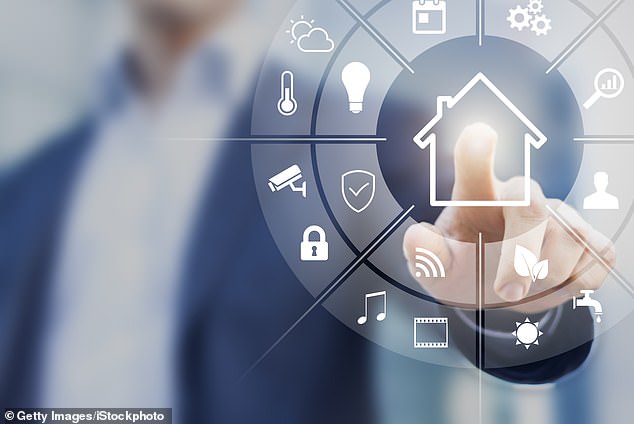 Reports suggest that the number of smart homes in Europe will jump from 22.5 million at the end of 2017 to 84 million by 2022. This is due to falling device prices and initiatives being set up across the continent to help people take advantage of energy savings

Mr Giulio Salvadori, from the Polytechnic University of Milan, said the use of smart devices for heating could lead to energy savings of up of 28 per cent for a typical family.

He said: ‘Widespread adoption of smart solutions for heating, in Milan, would reduce carbon dioxide emissions by over 54,000 tons per year, with an annual saving of €70million (£61million) for citizens.’ 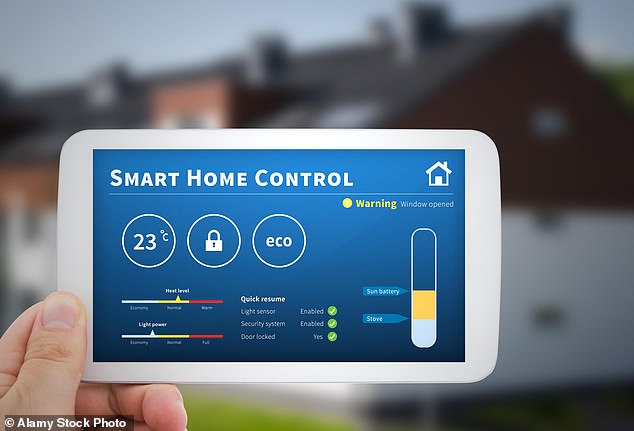 Convenience is a big reason people buy smart devices, apps like this  simplify the control of smart home devices and enable people to adjust lighting, temperature, multimedia and more from a unified interface

The UK, France, Italy and Germany bought the most mart speakers in Europe, with all but Germany even outspending the US.

Amazon represents 66 per cent of the market with it’s Alexa and Echo devices outselling Google Home (30 per cent), Apple’s HomePod and the Sonos One. 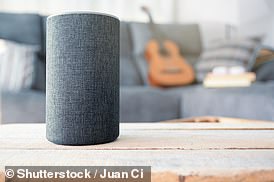 The reason for the spike in smart devices being bought by the public is due to the technologies themselves becoming cheaper to buy as well as the convenience they bring.

Turning on the heating before getting in on a cold day, for example.

‘A major reason why voice-controlled speakers have become so popular is that they simplify the control of smart home devices and enable people to adjust lighting, temperature, multimedia and more from a unified interface.’

However, there is no guarantee smart technology will be adopted by everyone.

It has been found that just 15 per cent of people regularly use any of the ‘smart’ features of their devices.

Other factors affecting their widespread acceptance include a lack of compatibility among different smart appliances.

Experts agree that more robust standards must be developed so appliances can work better together.

To fix this many smart device manufacturers have begun making their products compatible with the popular Amazon and Google speakers which, in turn, have been updated to communicate with tens of thousands of devices across thousands of brands.