Whether you call it ‘Henman Hill’ or ‘Murray Mound’, a day spent picnicking at Wimbledon’s iconic viewing spot is one treasured by tennis fans the world over.

But now, you no longer have to actually visit the venue to soak up the atmosphere (sort of).

That is because the All England Tennis Club has launched The Virtual Hill — a metaverse-style socially interactive experience that allows visitors to set up virtual camp on the mound.

Visitors start by creating a personalised avatar, before picking their own picnic spot as they rub shoulders with other tennis fans from around the world.

Some will even have the opportunity to interact with an avatar of British Wimbledon champion Sir Andy Murray. 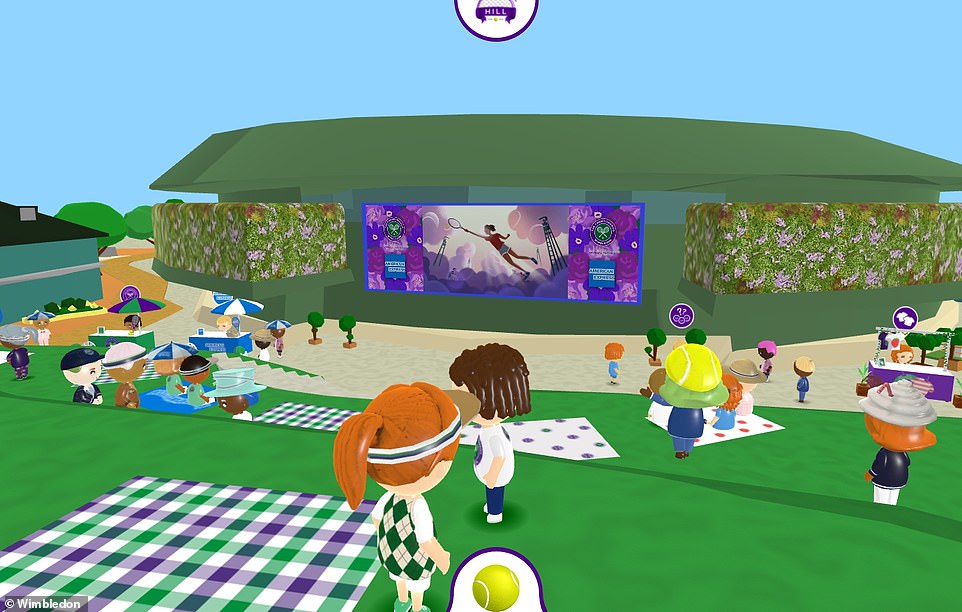 Welcome to Wimbledon! The All England Tennis Club has launched The Virtual Hill (pictured) — a metaverse-style interactive experience that allows people to set up camp on the mound 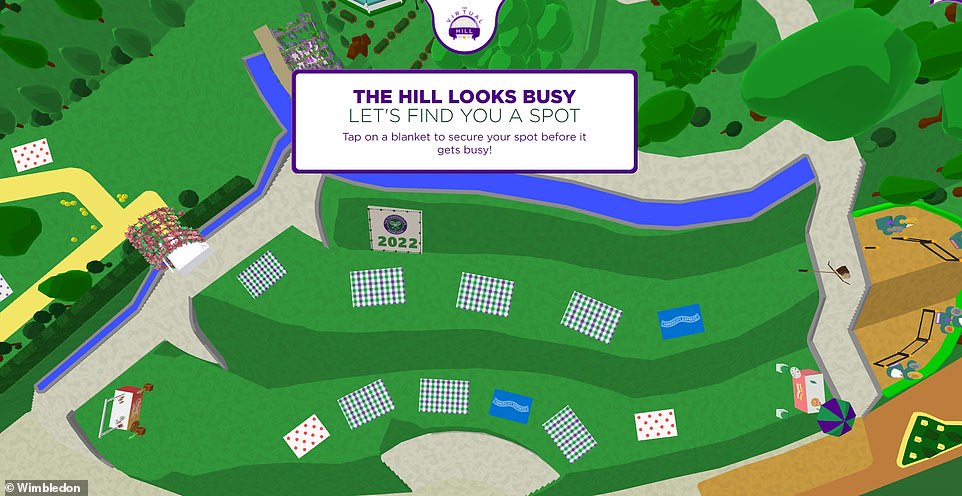 Visitors start by creating their own personalised avatar, before picking their own picnic spot as they rub shoulders with other users from around the world 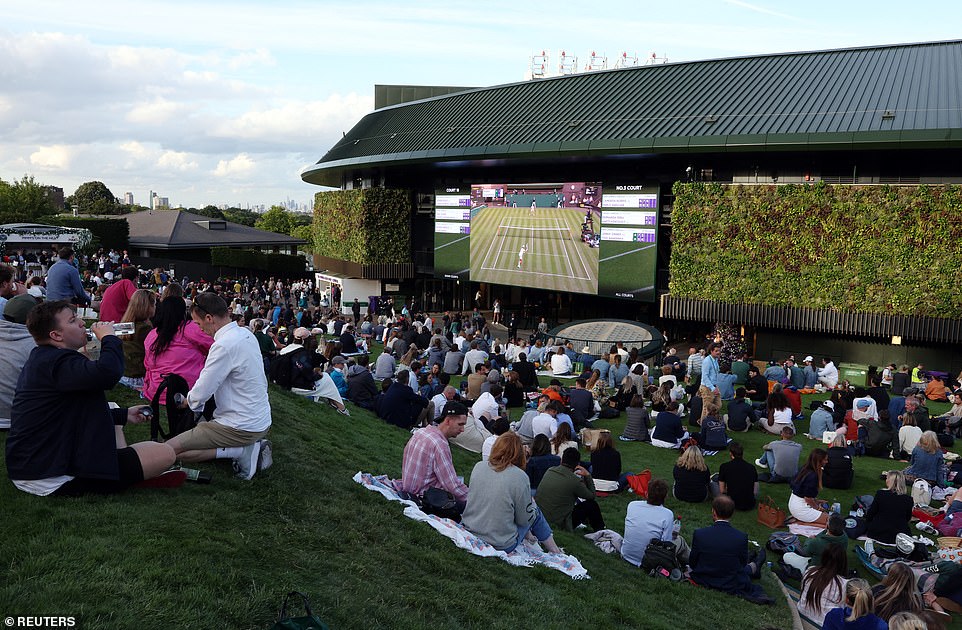 Whether you call it ‘Henman Hill’ or ‘Murray Mound’ (pictured), a day spent picnicking at Wimbledon’s iconic viewing spot is one treasured by tennis fans the world over

The ‘metaverse’ is a set of virtual spaces where you can game, work and communicate with other people who aren’t in the same physical space as you.

Facebook founder Mark Zuckerberg has been a leading voice on the concept, which is seen as the future of the internet and would blur the lines between the physical world and the digital one.

‘You’ll be able to hang out with friends, work, play, learn, shop, create and more,’ Facebook has said.

While Facebook is leading the charge with the metaverse, it explained that it isn’t a single product one company can build alone.

‘And it won’t be built overnight. Many of these products will only be fully realised in the next 10-15 years.’

Fans can then test their Wimbledon knowledge and learn more about the tournament and its history in daily quizzes.

They can also invite and explore the Virtual Hill with their family and friends, so that they can share their experience of the re-imagined iconic fan destination together.

While reacting to matches with emojis and sharing moments directly to social media, users can also take on daily missions around the Hill for the chance to earn ‘WimbleCoin’ and daily prizes.

Facebook founder Mark Zuckerberg has been a leading voice on the metaverse concept, which is seen as the future of the internet and would blur the lines between the physical world and the digital one.

The vision for such an immersive digital world is to access it via a headset, although The Virtual Hill only requires access via a laptop, tablet or desktop computer.

As well as customising their avatar, users can react to game play and what others around them are doing in real time, as well as exploring the big screen and nearby kiosks.

They can also interact with polls and in-play data that dramatise the key moments throughout the day, while unlocking more features as The Championships continue.

American Express cardholders have access to the exclusive ‘Andy Murray Experience’, where they are able to go on a quest with the virtual Sir Andy and capture a selfie.

There is also a hot air balloon experience called ‘Up Up We Go’, which offers a special aerial view of the Hill and a sneak peek into the hidden items around the iconic mound.

Sir Andy Murray said: ‘The Hill is one of Wimbledon’s most treasured traditions, and I’ve certainly hugely appreciated the atmosphere fans on The Hill add to the Wimbledon spirit.

‘Making sure we create the same type of feeling and passion in the virtual world is critical to driving engagement with fans who don’t get to be here, and so I’m really proud to be part of the Virtual Hill.

‘Make sure you track me down and I’ll set you some challenges to complete while you’re there.’

Alexandra Willis, communications and marketing director at Wimbledon, said: ‘The Hill at Wimbledon is one of our most iconic traditions.

‘We are thrilled to be immortalising that experience through the Virtual Hill.

‘Making sure we are always finding new ways to reach and engage with fans is a critical part of our strategy, so whether it is choosing your outfit, or taking on the daily missions, or simply just having a lovely picnic, we hope everyone enjoys this innovative experience in celebration of Wimbledon 2022.’

Shiz Suzuki vice president of marketing at American Express, which sponsors The Championships, said: ‘Recreating special memories is an important part of what we want to bring to tennis fans this year during Wimbledon, and the Virtual Hill is an important example of this.

‘We can’t wait to celebrate our fourth year partnering with The Championships, and to give fans across the globe access to the iconic Wimbledon Hill, in its virtual form, to experience their own unforgettable moments.’