Now Apple has its own gaming service too! Firm unveils Apple Arcade subscription plan that will let users play hundreds of games ad-free through mobile, desktop, and TV

Apple has unveiled its new foray into the world of gaming.

In a streaming-focused event at the Steve Jobs Theater on Monday, the firm debuted a subscription service dubbed Apple Arcade, which will live inside the App Store to give users access to more than 100 new ad-free games.

These will be playable on mobile, desktop, and Apple TV – meaning you can stop playing on one device, and pick up where you left off on another.

The firm hasn’t yet revealed how much the service will cost, but says it’s slated to roll out worldwide this fall. 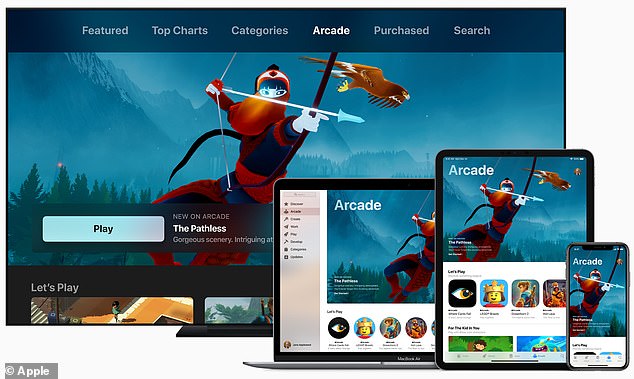 In a streaming-focused event at the Steve Jobs Theater on Monday, the firm debuted a subscription service dubbed Apple Arcade, which will live inside the App Store to give users access to more than 100 new ad-free games.

‘We are working with game developers on a new kind of service, we call it Apple Arcade,’ Apple’s Anne Thai said during the Cupertino event.

The gaming service will be available in Fall 2019 in more than 150 countries, according to the firm. 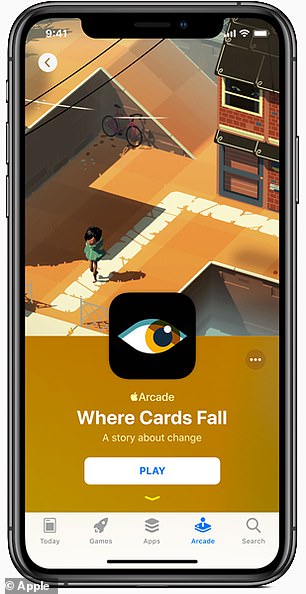 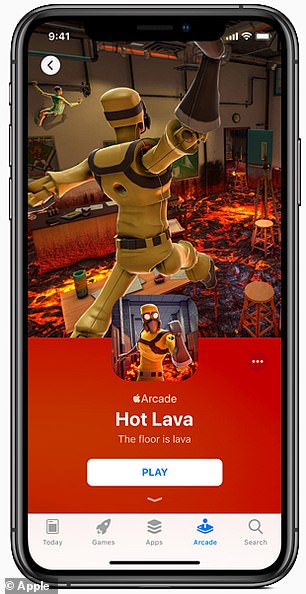 Apple has unveiled its new foray into the world of gaming. The firm hasn’t yet revealed how much the service will cost, but says it’s slated to roll out worldwide this fall

These games will not be available on other platforms, Apple says.

‘The App Store is the world’s biggest and most successful game platform. Now we are going to take games even further with Apple Arcade, the first game subscription service for mobile, desktop and the living room,’ said Phil Schiller, Apple’s senior vice president of Worldwide Marketing.

‘We are working with some of the most innovative game developers in the world to create over 100 new and exclusive games to play across iPhone, iPad, Mac and Apple TV.

‘Apple Arcade games will be great for families, respect user privacy and will not have ads or require any additional purchases. We think players of all ages are going to love Apple Arcade.’

WHAT FEATURES ARE COMING TO APPLE NEWS+?

Apple has revamped its News app to include access to hundreds of magazines for one monthly subscription fee.

The new service, subbed Apple News+, will cost $9.99 per month and includes over 300 magazines and newspapers.

It will be available in the US and Canada.

Apple News users will still have access to the free experience if they don’t want to pay for the upgraded service.

Those who do shell out the extra money, however, will also be able to access both current and past issues or individual articles from a number of magazines.

Among other titles, the $10/ month subscription will cover:

‘These celebrities have been put in their box!’ Piers Morgan rejoices in coronavirus highlighting what ‘real stars’ are… and brands Harry and Meghan ‘utterly irrelevant’…