NASA astronaut Christina Koch today tweeted the incredible footage of the aurora borealis. The scientist captioned the 52 second clip: ”All in a @Space_Station night. “Orbiting at 250 miles up, our nights may only last a half hour, but their beauty will stay with me forever.”

What are the Northern Lights?

Orbiting at 250 miles up, our nights may only last a half hour, but their beauty will stay with me forever

The dancing lights of the auroras provide spectacular views on the ground, but also capture the imagination of scientists who study incoming energy and particles from the Sun.

Auroras are one effect of such energetic particles, which can speed from the Sun both in a steady stream called the solar wind and due to giant eruptions known as coronal mass ejections.

After a trip toward Earth lasting up to two to three days, the solar particles and magnetic fields cause the release of particles already trapped near Earth. 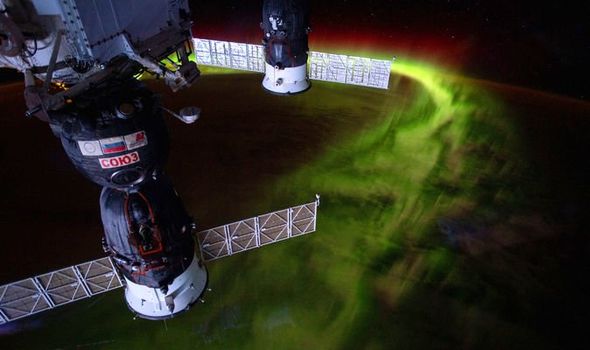 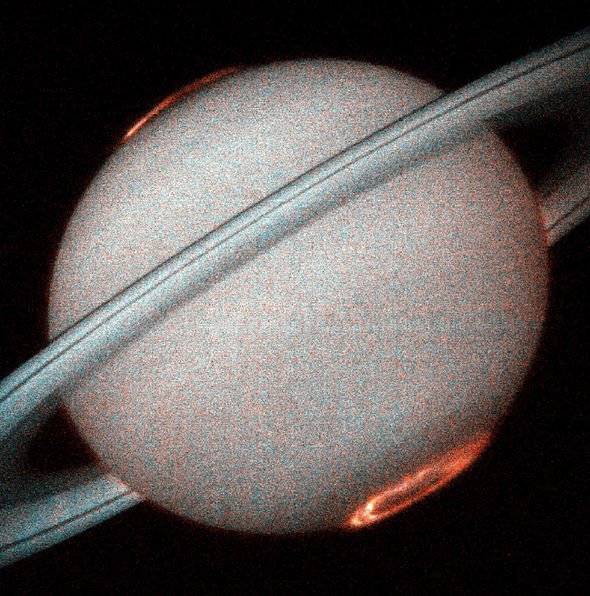 These in turn trigger reactions in the upper atmosphere in which oxygen and nitrogen molecules release photons of light.

The consequence of this chemistry are the Northern and Southern lights.

Auroras are but one symptom of a larger space weather system in which solar material and radiation can affect Earth’s own magnetic environment.

Other events include blocked radio communications, disturb onboard satellite computers and even cause electrical surges in power grids.

The various colours released by the ebbing aurora are very much dependent on the composition of the air.

The Northern Lights are most commonly known for their intense green colour, with occasional flashes of blue and purple.

Blue auroras are associated with excited atomic nitrogen particles and , for the time being,. 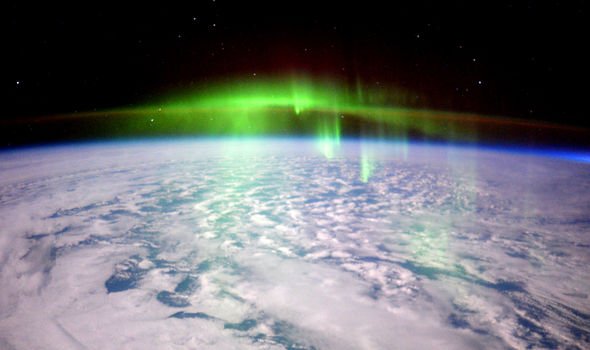 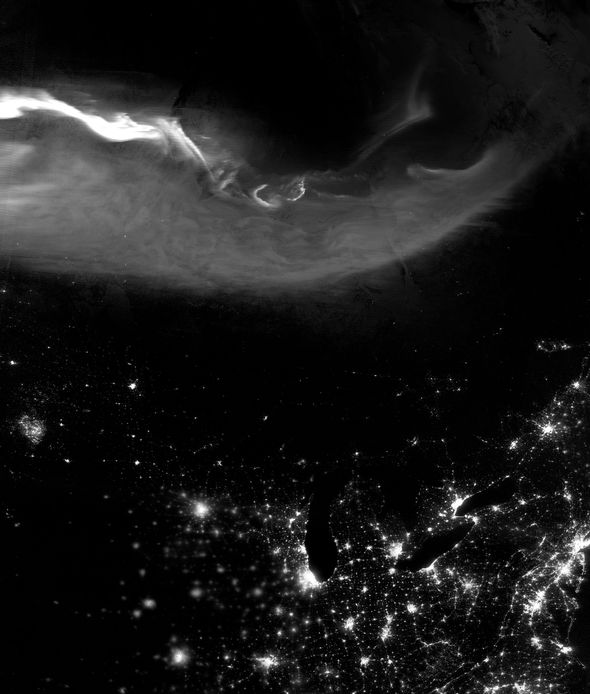 But the colour red is not seen to often and is typically the result of periods of intense solar activity.

Red colours usually appear higher up in the atmosphere, around 150 miles above the planet’s surface.

Saturn’s spectacular light shows are caused by an energetic solar wind that sweeps over the planet, much like it does on Earth. 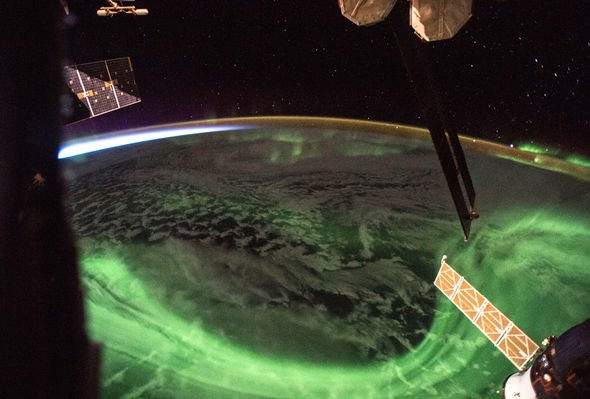 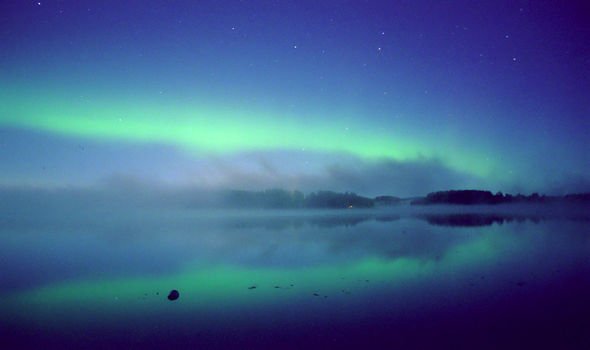 However, unlike on Earth, the ringed planet’s auroras can be seen only in ultraviolet light, and therefore are visible only from space using instruments sensitive to ultraviolet radiation.

These appear generally fixed in our view and independent of planet rotation.

These variations indicate the auroras are primarily shaped and powered by a tug-of-war between Saturn’s magnetic field and the flow of charged particles from the Sun.