2020 is likely to be the hottest year ever recorded despite major declines in air pollution during coronavirus shutdowns, according to new report from the National Oceanic and Atmospheric Administration

A new report from the US National Oceanic and Atmospheric Administration says there is a 75 percent chance that 2020 will be the hottest year in recorded history.

Despite major reductions in air pollution across the world during COVID-19 shutdowns, climate scientists predict temperatures will continue to rise because of how much cumulative greenhouse gases are already in the atmosphere.

If 2020 doesn’t pass the previous hottest year on record, 2016, the NOAA says it’s all but certain to rank in the top five, all of which have happened since 2015. 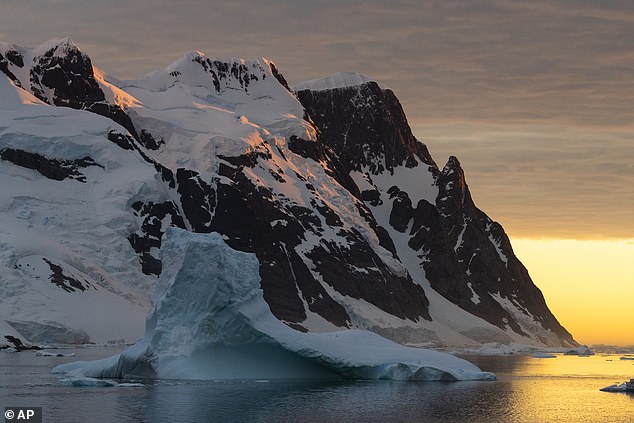 The US National Oceanic and Atmospheric Administration’s Global Climate Report says there’s a 75 percent chance that 2020 will be the hottest year on record, passing the previous high of 2016

‘The emissions will go down this year, but the concentrations keep on rising,’ University of Oxford climate scientist Karsten Haustein told The Guardian. ‘We are very unlikely to be able to notice any slowdown in the built-up of atmospheric GHG levels.’

‘But we have the unique chance now to reconsider our choices and use the corona crisis as a catalyst for more sustainable means of transport and energy production (via incentives, taxes, carbon prices etc).’

An earlier estimate from The Met Office also put the odds of 2020 being the hotest year yet on record at 50 percent.

WHAT ARE THE HOTTEST YEARS ON RECORD?

The hottest years ever recorded are:

Whether this year, actually breaks the previous record, climate scientists agree the warming trend in recent years could lead to environmental catastrophe.

‘Greenhouse gas concentrations are at the highest levels in three million years – when the Earth’s temperature was as much as three degrees hotter and sea levels some 15 meters higher,’ UN Antonio Guterres said in March.

‘Ocean heat is at a record level, with temperatures rising at the equivalent of five Hiroshima bombs a second.’

2020 has already seen a number of record-breaking highs, with the hottest January on record, with some parts of Europe experiencing temperatures 10.8 degrees Fahrenheit warmer than the 1981-2010 averages.

In February, temperatures in Antartica reached a shocking 68 degrees Fahrenheit, and average global temperatures were the second hottest ever, behind 2016.

WHAT IS AIR POLLUTION?