The oceanic whitetip is a large shark that inhabits tropical and warm temperate seas and is most notable for its stocky body and long, white-tipped, rounded fins. Though slow-moving, they are opportunistic and aggressive and are reputed to be dangerous to shipwreck survivors. But, in the shadowy depths of the Pacific Ocean off Hawaii, photographer Deron Verbeck spotted golf ball-sized suction marks on the skin of one of these predators.

This was the first scientific evidence ever found of a shark interacting with what is thought to be a large species of squid, which live at depths of more than 1,000 feet, according to researchers.

Knowing that scientists identify sharks based on their scars, he snapped some pictures and posted them on Facebook.

Professor Yannis Papastamatiou, a shark ecologist at Florida International University, in Miami, saw the image and immediately contacted him.

Mr Verbeck claimed: “He told me to get that thing off the internet. Nobody’s ever seen that before.” 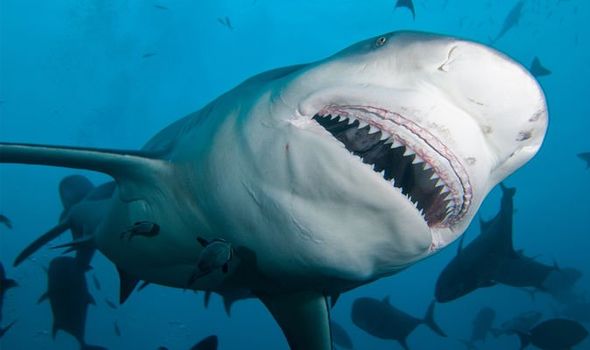 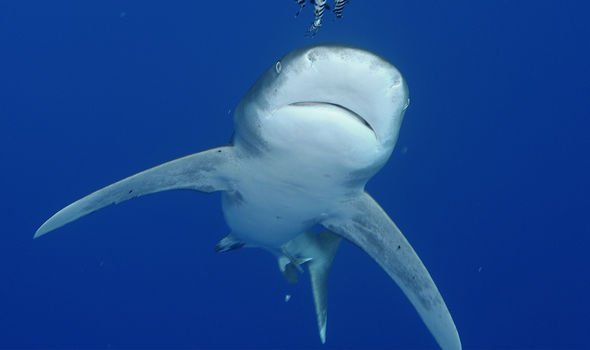 Prof Papastamatiou and colleagues attempted to decipher the mystery in a paper published in the Journal of Fish Biology, where they concluded that it was likely caused by a giant squid.

They could not pinpoint which species made the mark, but Prof Papastamatiou added: “It had to be something pretty big.”

He added: “My main regret is that we never got to see what happened.”

The expert concluded that a scuffle may have broken out if the two predators bumped into each other, but, he speculates, it’s more likely that the shark went after the squid – possibly in pursuit of a meal. 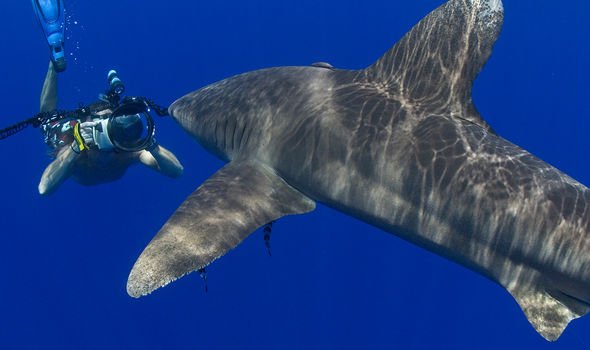 Study co-author Heather Bracken-Grissom, a biologist at Florida International University, said she did not know of any previous accounts of a squid hunting sharks.

And Grace Casselberry, from the University of Massachusetts Amherst, who was not involved in the study, says she’s never heard of sharks clashing with large squid before, nor seen suction marks on a shark.

While it’s common to see sharks bearing scars, she added: “It’s not common to be able to figure out what actually caused this.

“This is a really cool interaction to be able to document just through markings on the skin.” 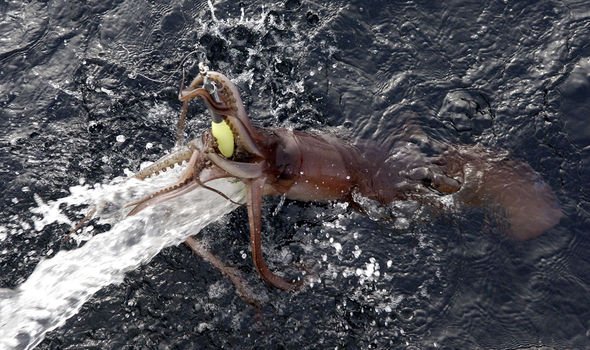 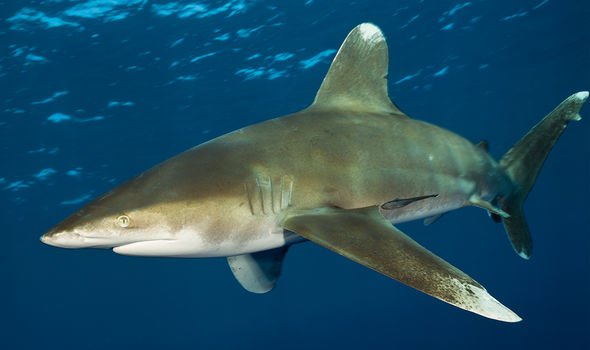 She told National Geographic in June: “It is more likely this squid was being attacked by the shark and defending itself.”

Such discoveries are especially useful for conserving oceanic whitetips, which are critically endangered because of commercial fishing and the shark fin trade.

Knowing that whitetips may hunt in deeper waters can help scientists advise policymakers on which part of the ocean to protect.