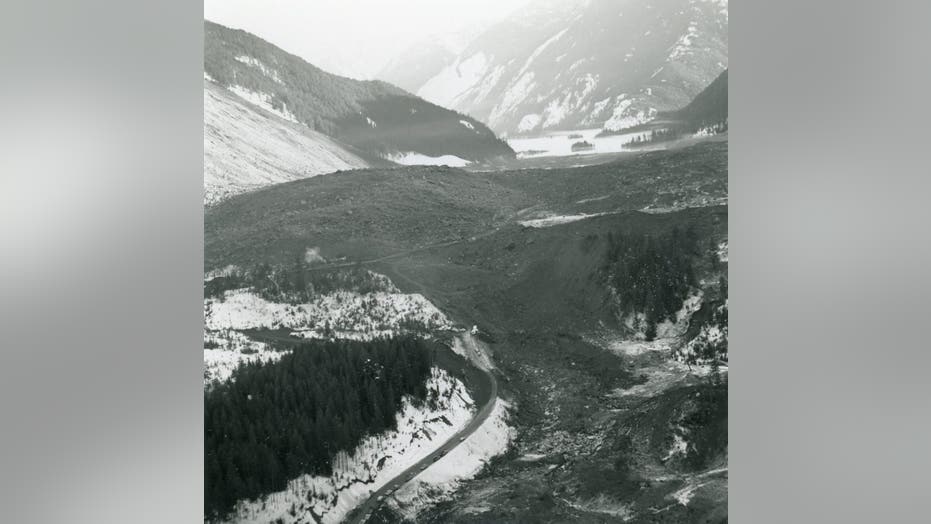 The Hope Slide, as it became known, tore through the Nicolum Valley in the Cascade Mountain Range, British Columbia, on Jan. 9, 1965. Four motorists lost their lives in the disaster.

“We recently discovered a series of images documenting the incident itself, as well as search-and-rescue and reconstruction efforts following the slide,” said British Columbia’s Ministry of Transportation and Infrastructure, on its website. “As far as we know, only one or two of these images have ever been shown to the public before now.”

Officials explain that, on the day of the landslide, a snow avalanche had blocked the Hope-Princeton Highway in the Nicolum Valley, just outside the town of Hope. A queue of motorists had formed on the Princeton side of the avalanche, according to British Columbia’s Ministry of Transportation. 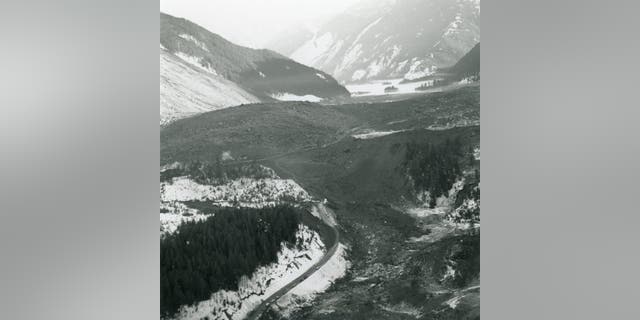 This image shows the vast Hope Slide debris field. A line of cars parked along BC Highway 3 can be seen on the western side of the slide site. (British Columbia Ministry of Transportation and Infrastructure)

“At approximately 7 am, a devastating rock slide occurred at the same location, when half of Johnson Peak collapsed and descended into the valley below,” the Ministry said. “The slide filled the valley bottom with more than 47 million cubic meters of rock, mud, and debris – up to 500 ft deep in some locations.”

Such was the extent of the landslide that a lake at the foot of the slide was completely displaced. “The slide buried a car that had become stuck in the first slide, an oil tanker truck, and a loaded hay truck which had stopped behind the tanker,” officials added. 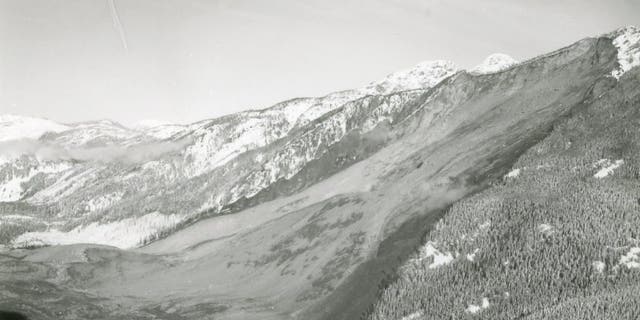 An aerial view of the landslide looking westward. (British Columbia Ministry of Transportation and Infrastructure)

The slide destroyed almost two miles of BC Highway 3 and the road's alignment was changed in the years following the landslide. In the decades since the disaster, the Hope Slide has also become covered in trees, hiding the “scar” caused by the landslide. 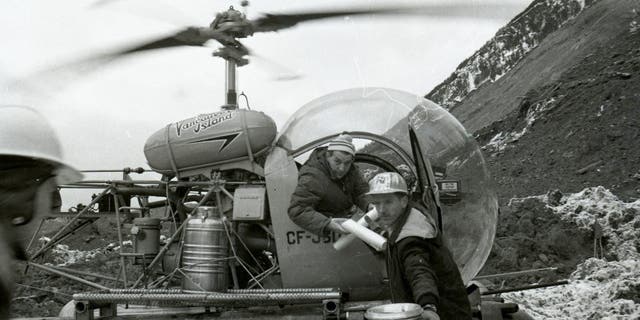 Never-before-seen photos of other devastating events have surfaced in recent years. In 2017, a camera at a Portland, Ore., Goodwill was found to contain film with haunting images of the deadly 1980 eruption of Mount St. Helens. 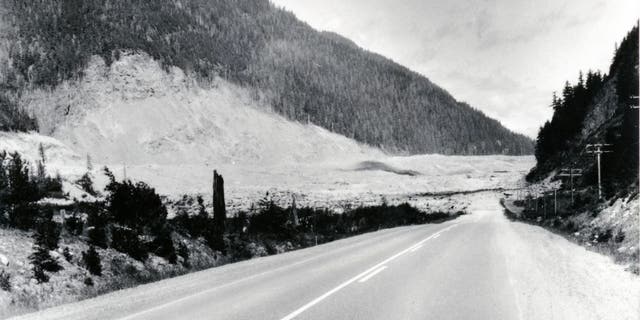 This photo was taken from the Princeton side of the Hope Slide, Canada’s largest known landslide. (British Columbia Ministry of Transportation and Infrastructure) 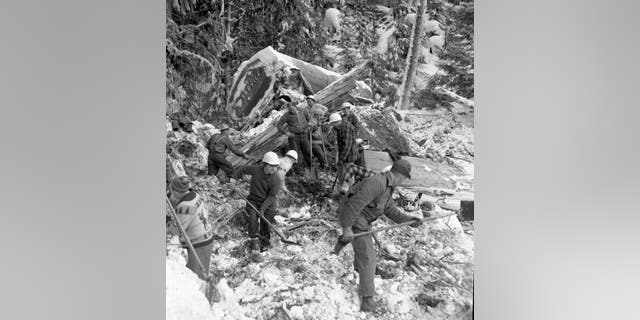 The deadly volcanic eruption at Mount St. Helens occurred on May 18, 1980, blasting more than 1,300 feet off the top of the volcano and raining volcanic ash for miles around. Some 57 people lost their lives in the aftermath of the eruption.