Climate changes puts nearly one in three species of all kinds at risk of extinction by 2100, new study shows: They purify air, filter water and maintain the health of Earth’s soil

A research team, led by the University of Minnesota, found nearly one in three – 30 percent – of all species will disappear or be threatened by 2100.

This is mainly due to biodiversity loss, which is a result of production and consumption, human population and climate change.

‘It took many years for climate change to become a prominent household concern,’ Greenwald told Union-Bulletin.

‘The extinction crisis is really part and parcel of a similar scope and severity to climate change.’ 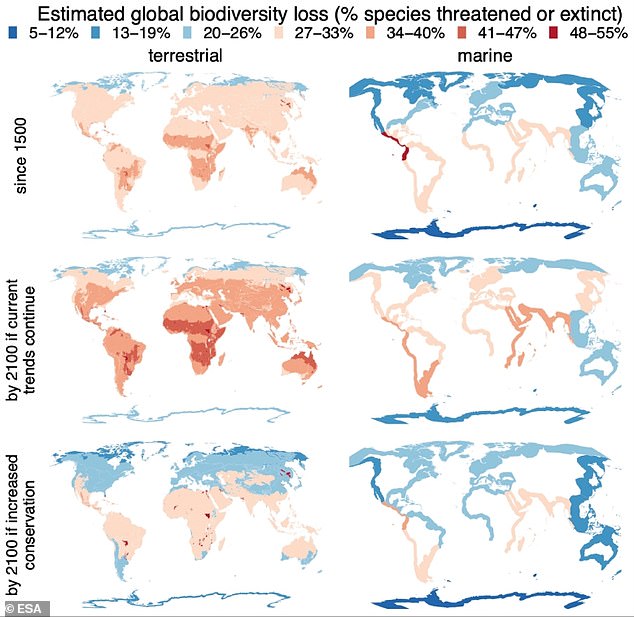 Climate change is intensifying the global extinction crisis, a new study warns. A research team, led by the University of Minnesota, found nearly one in three – 30 percent – of all species will disappear or be threatened by 2100

The team conducted a survey, inviting experts from around the world to contribute, and received 3,331 responses from scientists studying biodiversity in 187 countries, covering all major groups of species, habitats and ecosystems.

The majority of the species include plants and insects, along with other invertebrate animals, but so little is known about these creatures that experts ‘cannot determine the extent to which they are threatened, Healy Hamilton, chief scientist at the nonprofit research group NatureServe, told Union-Bulletin.

However, what is known is that the species play key roles in purifying air, filtering water and ensuring the health of Earth’s soil.

This survey is one of the first to collect information from thousands of international biodiversity experts, who submitted geographical and demographic data. 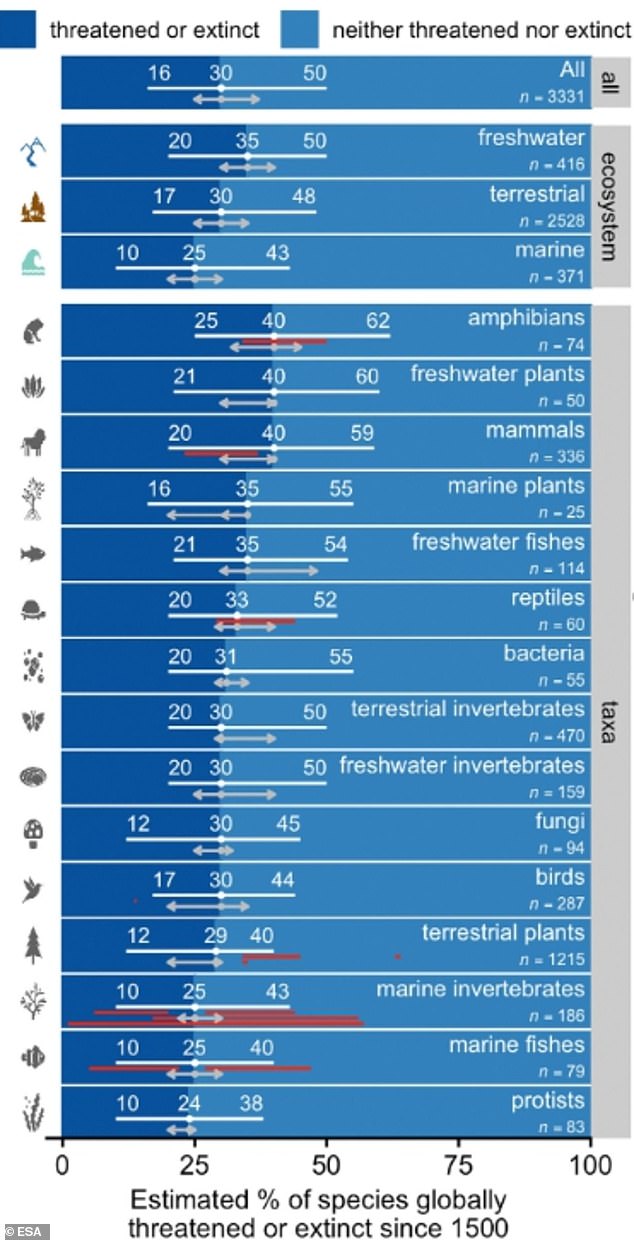 ‘Global biodiversity loss and its impacts may be greater than previously thought, due to higher estimates provided for understudied taxa and by underrepresented experts,’ reads the study published in the journal Frontiers in Ecology and the Environment.

The team received an ‘overwhelming consensus’ that climate change pollution and overexploitation were among the main culprits for biodiversity loss.

The results show that estimates of past biodiversity loss were highest among those who study freshwater ecosystems and many tropical habitats were estimated to have the greatest percentage of species threatened or driven extinct since 1500.

The survey also determined that at least one million species of animals and plants are currently on the way to extinction – and 10 percent of them are insects.

‘Our survey estimates, which were provided by 629 experts who study terrestrial and freshwater invertebrates, therefore suggest that the percentage of insect species that are threatened may be much higher,’ the team shared in the study.

‘Further investigations of the diversity and threatened status of insects and other hyperdiverse and understudied taxa are urgently needed especially in light of large recent declines in insect abundance in some locations.’ 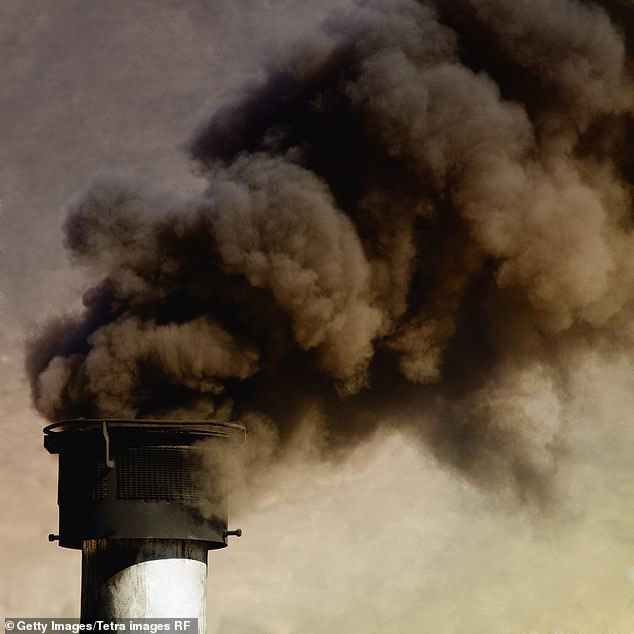 This is mainly due to biodiversity loss, which is a result of production and consumption, human population and climate change (stock photo)

‘If current trends continue, then further loss of biodiversity is expected, and experts estimated that 37% (uncertainty range: 20–50%) of species might be threatened or driven to extinction by 2100,’ reads the study.

‘Furthermore, many currently threatened species were predicted to go extinct before the end of this century.

Akira Mori of the University of Tokyo in Japan said in a statement: ‘Since biodiversity is highly regional in nature, the attempt of our study to bring together the opinions of regional experts from around the world is unprecedented.

‘From the perspective of social and cultural diversity and inclusiveness, even if they are not necessarily complete, I believe we have presented certain suggestions for future international policy discussions.’