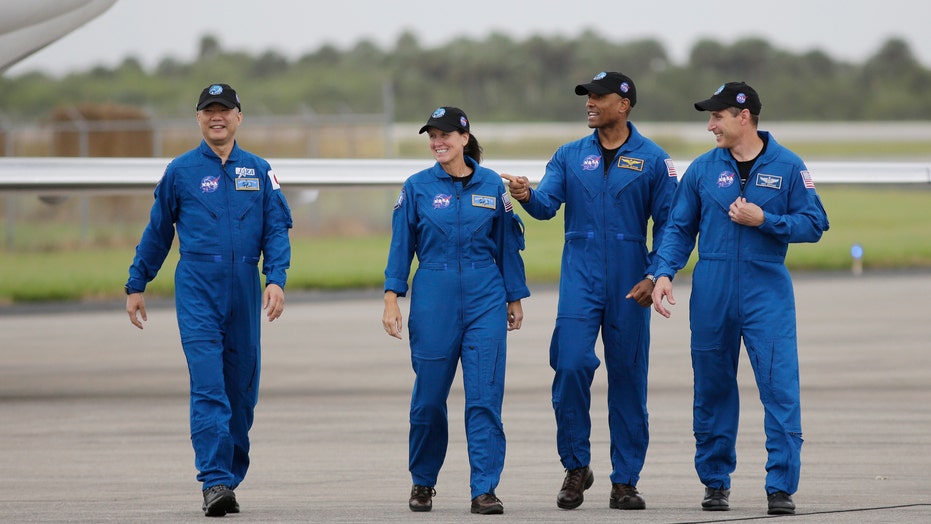 “Today's Flight Readiness Review has officially concluded, and we are go to #LaunchAmerica on Nov. 14,” NASA tweeted on Tuesday.

The Crew-1 launch atop a SpaceX Falcon 9 rocket is scheduled for 7:49 p.m. EST Saturday from Launch Complex 39A at NASA’s Kennedy Space Center in Florida. The Crew Dragon spacecraft is expected to dock to the ISS at 4:20 a.m. on Sunday. 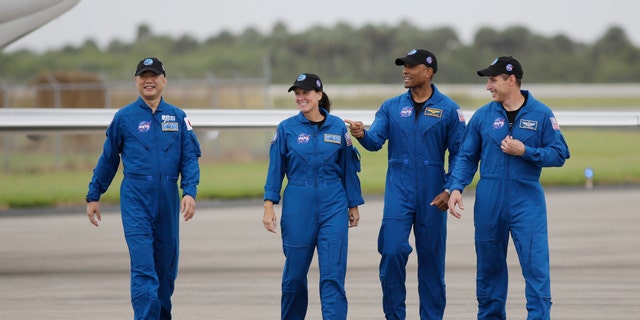 The launch was previously slated for Oct. 31 but was pushed back to Nov. 14 when the Falcon rocket had two engines replaced because of contamination from a red lacquer used in processing.

The six-month mission is the first crew rotation flight on a U.S. commercial spacecraft.

The astronauts have named their Dragon capsule Resilience given all the challenges of 2020: coronavirus and social isolation, protests against racial injustice, and a particularly difficult election and campaign season. They have been in quarantine for a week or two and taking safety precautions — masks and social distancing — long before that.

On the orbiting space lab, the Crew-1 team will join NASA astronaut Kate Rubins, who is already on the space station, in conducting extensive scientific research. “Not only will the Crew-1 astronauts and fellow Expedition 64 NASA astronaut Kate Rubins conduct hundreds of microgravity studies during their mission, they also deliver new science hardware and experiments carried to space with them inside Crew Dragon,” explained NASA in a statement.

The astronauts will investigate food physiology, conduct a student-designed experiment on genes in space and grow radishes, as well as examining the interaction between microbes and rocks in microgravity.

Other experiments include using thumb drive-sized devices containing human cells to study the effects of space on human organs and a study on changes in cardiovascular cells and tissues in microgravity. Experiments will also be conducted on NASA’s next-generation spacesuit, the Exploration Extravehicular Mobility Unit (xEMU).

On Aug. 2, NASA astronauts Doug Hurley and Bob Behnken splashed down in the Gulf of Mexico in a SpaceX Crew Dragon spacecraft, ending their historic two-month trip to space.

The mission marked the first time that astronauts have launched from American soil since the final Space Shuttle flight in 2011. Amid a blaze of publicity, the Demo-2 mission lifted off from Kennedy Space Center atop a SpaceX Falcon 9 rocket on May 30.

After the end of the Space Shuttle program, the U.S. relied on Russian Soyuz rockets launched from the Baikonur Cosmodrome in Kazakhstan to get astronauts into space. Russia charges the U.S. about $75 million to send an astronaut into space. The Associated Press reports that the last Soyuz ticket cost America $90 million.