NASA’s Cassini probe may have ended its mission in September 2017, but the mission’s data is still being analysed by scientists around the globe. Some of the last images beamed back to Earth revealed bright auroras dancing around the Ringed Giant’s north and south poles.

Saturn, much like Earth, is home to beautiful streaks of wavy light dancing around the planet’s polar regions.

On Earth, the auroras are the result of charged particles from the Sun exciting atoms of oxygen and nitrogen to new energy levels.

On Saturn, however, the auroras are something of a mystery researchers at Lancaster University in the UK hope to crack.

The Saturn study is being led by PhD student Alexander Bader. 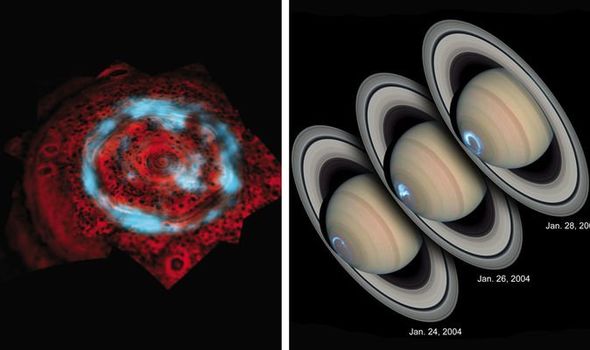 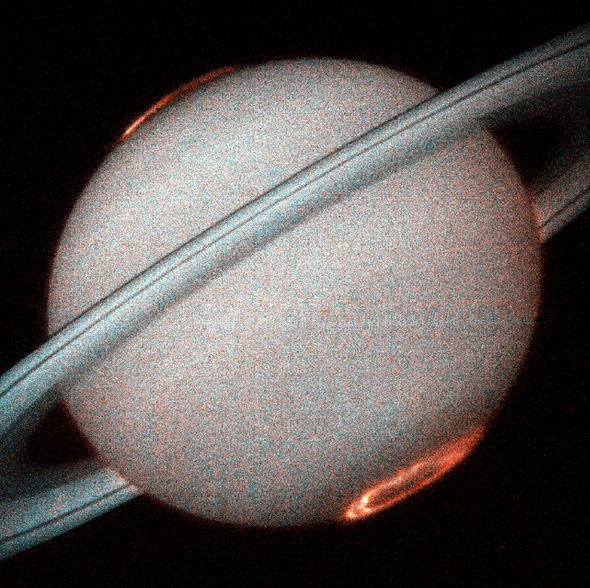 Mr Bader said: “Surprisingly many questions revolving around Saturn’s auroras remain unanswered, even after the outstanding success of the Cassini mission.

“This last set of close-up images gives us unique highly detailed views of the small-scale structures which couldn’t be discerned in previous observations by Cassini or the Hubble Space Telescope.

“We have some ideas about what their origin could be, but there is still a lot of analysis to be done.”

According to the researchers, charged particles from the Sun slam into the ringed giant and interact with Saturn’s spinning magnetic field.

The auroras appear near the planet’s poles where they are incredibly dynamic, flashy and often pulsating.

Measurements made by NASA’s Cassini spacecraft show the auroras are triggered by particle streams much stronger than Earth’s.

Unlike Earth, the auroras are only visible in the ultraviolet light spectrum.

Astronomers do, however, believe there are underlying similarities between the auroras on all three planets. 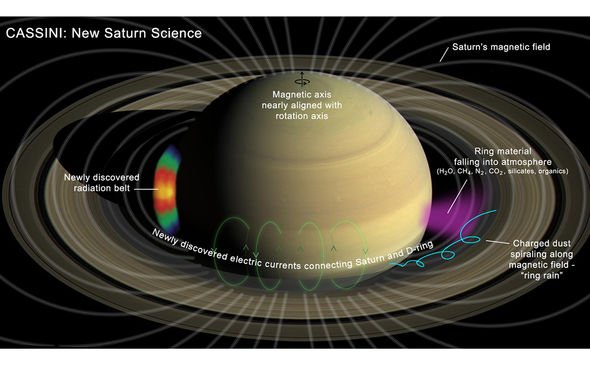 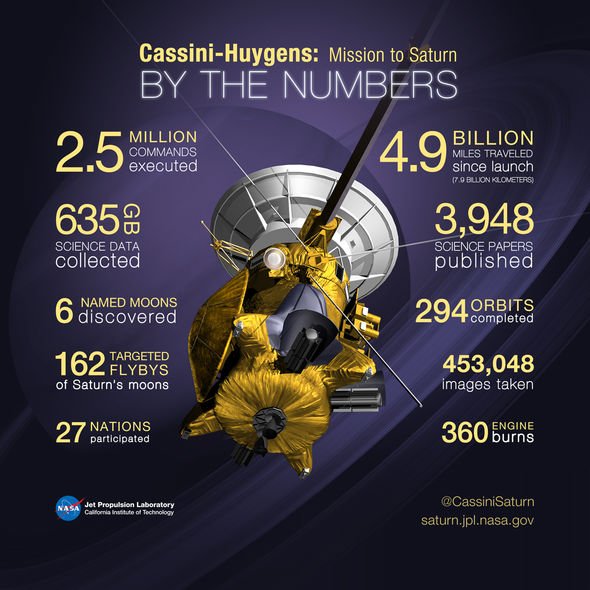 NASA’s Cassini spacecraft has spent an incredible 13 years studying the “Jewell of the Solar System”.

Cassini launched into space in October 1997 with the goal of observing Saturn up-close and in great detail.

During its time in Saturn orbit, the spacecraft gracefully dodged and weaved in-between Saturn’s rings and moons to beam observations back to Earth.

On the last leg of its journey, the spacecraft flew between Saturn’s iconic rings, which allowed NASA to study the planet’s auroras.

Cassini’s mission finally came to an end in September 2017 when the probe took one final death dive towards the Ringed Giant.

But NASA has also been able to detect auroras on Saturn thanks to its Hubble telescope.

In 2008, NASA shared an image of a bright ring of light surrounding Saturn’s south pole.

The US space agency said at the time: “These spectacular light shows are caused by an energetic solar wind that sweeps over the planet, much like it does on Earth.

“However, unlike on Earth, Saturn’s auroras can be seen only in ultraviolet light, and therefore are visible only from space using instruments sensitive to ultraviolet radiation.”