NASA’s VIPER, or Volatiles Investigating Polar Exploration Rover, will explore the Moon’s shadowy south pole for ice deposits. If all goes to plan, the golf cart-sized lunar rover will pave the way for the first woman and next man to land on the Moon by 2024.

The lunar rover is currently being tested at the Simulated Lunar Operations Laboratory, or SLOPE, in Cleveland, Ohio.

NASA touts SLOPE as a “unique indoor laboratory” specifically designed to mimic the conditions NASA’s rover will encounter on the Moon.

NASA said: “The lab contains several large soil bins for rover testing, including an adjustable tilt-bed, as well as equipment for evaluating the performance of tires, excavation tools and other vehicle components.”

The primary goal of NASA’s research facility is to prepare future rovers for the long-distance exploration of the Moon and Mars. 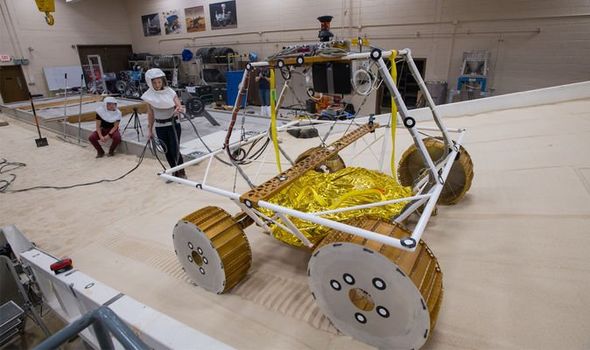 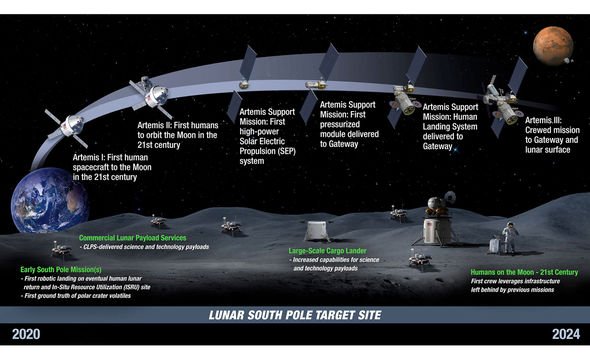 SLOPE is part of NASA’s Glenn Research Center, which is playing a key role in the space agency’s Artemis programme.

NASA said: “VIPER is a collaboration within and beyond the agency.

“The rover’s instruments are provided by Ames, NASA’s Kennedy Space Center in Florida and commercial partner, Honeybee Robotics in California.”

Under NASA’s Artemis mission, humans will return to the Moon for the first time since 1972.

In 1972, NASA’s legendary Apollo programme was cancelled after a mix of budgetary and technical concerns.

Apollo 17 astronauts Eugene “Gene” Cernan and Harrison Schmitt were the last two humans to walk on the lunar orb.

But NASA’s next generation of lunar astronauts is expected to return to the Moon’s surface as early as 2024.

US Vice President Mike Pence announced in November 2019: “We will ensure that the next man and the first woman on the Moon will be American astronauts. Artemis is here.” 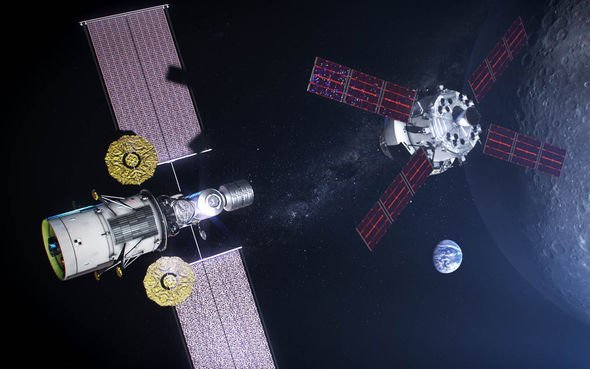 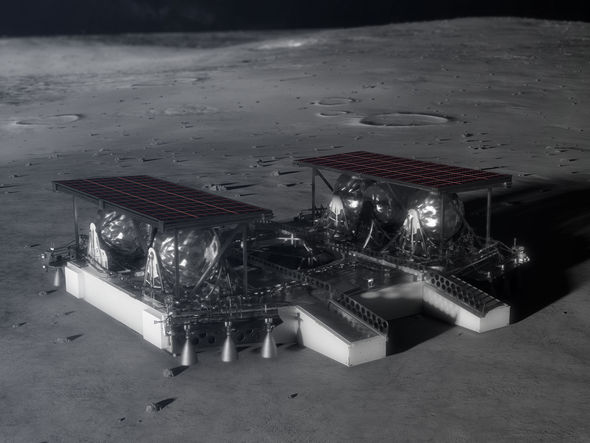 Starting in 2020, NASA will send a series of unmanned missions to the Moon to tests its rovers, rockets and launch spacecraft.

Humans are then expected to land on the Moon by 2024 and establish a permanent and stainable presence by 2028.

The Moon’s south pole was chosen as Artemis’ target because of its abundant access to frozen water.

Having access to water on the Moon will drastically reduce the cost of transporting fuel and resources to the Moon’s surface.

NASA’s Artemis will ultimately serve as a stepping stone for manned missions to Mars.

NASA said: “Artemis is the twin sister of Apollo and goddess of the Moon in Greek mythology.

“Now, she personifies our path to the Moon as the name of NASA’s programme to return astronauts to the lunar surface by 2024.

“When they land, Artemis astronauts will step foot where no human has ever been before: the Moon’s south pole.

“With the horizon goal of sending humans to Mars, Artemis begins the next era of exploration.”