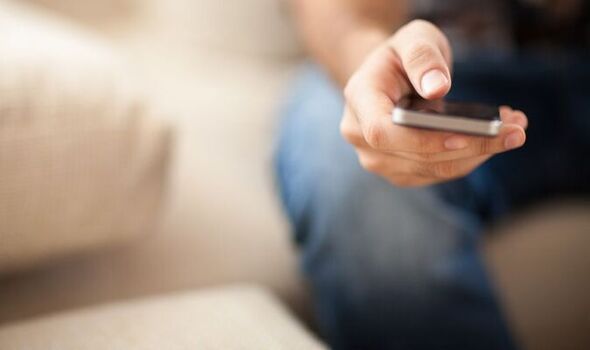 A mum has questioned whether she is being unfair to her teenage son as he refuses to do his chores and leaves the house whenever he wants to spend time with his girlfriend.

Some of the chores the single parent asks her son to do include picking up his sister from school and occasionally accompanying her to see her grandparents on the weekend as she dislikes going alone, allowing the mother to work an extra shift at her job.

The mum who is “really struggling” with her son took to Reddit to ask for parenting advice, reports Hull Live.

She says she has spoken to him about his attitude and what needs to change, but he simply says that she “can’t stop him”.

Explaining her situation in depth, she wrote: “My 16-year-old son has recently got his first girlfriend. He spends about thirty hours a week with her.

“He doesn’t do much homework, doesn’t do many chores, hasn’t got a part-time job, ignores his younger sister now and goes in and out whenever wants.

“The only thing I ask him to do is to drop and collect his sister to and from school two or three times a week, as I couldn’t work otherwise”, the parent continues, saying her son has his own time after 5.30pm to 6pm on weekdays.

The mum continues: “I also ask him every few weeks to accompany his younger sister to their grandparents’ house for the weekend so I can go to work on the occasional Saturday, as she doesn’t like going alone.

“I’m a single parent btw and their ‘dad’ sees them once a week for an hour, if they’re lucky.

“I’m really struggling with him. He’s refusing to go to his grandparents’ house, as apparently, his sister’s my child, not his.

“I send them both together, as he needs a balanced life”, the mum continued to vent her worries, he’s completely obsessed with this girlfriend.

“It’s important he spends time with his younger sister who used to idolize him, to have time to do homework, to see his grandparents and yes, selfishly, to give me a little respect!

“I’ve told him things need to change and he said that I can’t stop him”, she frustratingly explains, “I don’t have much control over him though and all he does is laugh at me when I try to tell him off. I don’t know what to do and I’m really struggling with no control and no support.”

Finally asking the question if she is being unfair, the mum asks for advice from fellow members of the forum on what she can do to handle her teen son.

One parent said that the mum is not being unreasonable to ask for her son to help out, they wrote: “I’m a single mum as well, and in my house everyone has to contribute because I am not a superhuman!

“This is our reality and there is no arguing with facts. So the way I handle my kid is if she doesn’t contribute, then neither will I.”

Another user said that ultimately some praise might make the teen open up a bit more, they added: “I don’t think you’re asking too much but I really think you two need to have a genuine heart-to-heart.

“It wouldn’t hurt to let him know you appreciate the help when he does help.”

However, some people said that “forcing” her son to do things such as visit his grandparents is wrong, one wrote: “Forcing this, especially a relationship with his sister and grandparents is just going to lead to built-up resentment.

“The last thing you want for him to feel is that his family is a chore.”

Some other users also agree with this point of view, one writing: “He doesn’t have to spend time with family if he doesn’t want to.

“Forcing him to at this age will only ensure that the second he turns 18 he won’t look back. It’s not his job to entertain his sister either.”